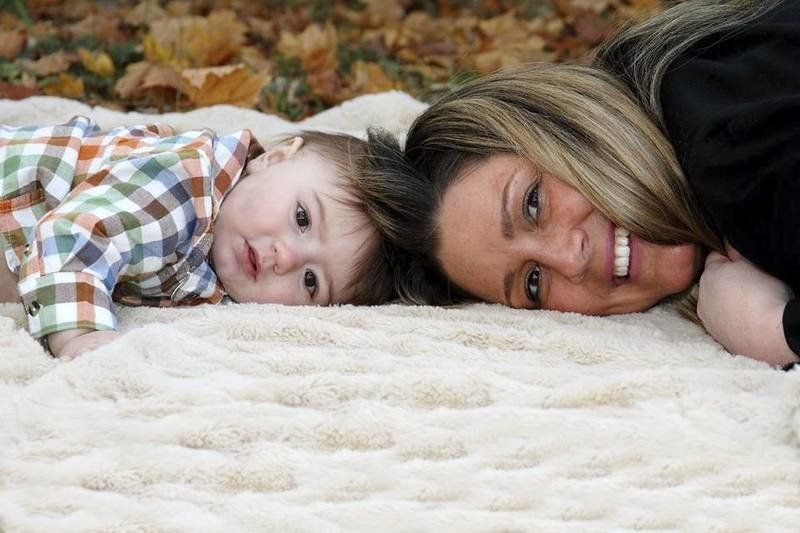 Courtesy photosMason Silva with his mom, Alissa Silva. Mason died of cancer in April, just a few weeks after his first birthday. His parents are now raising funds for research into childhood cancers. 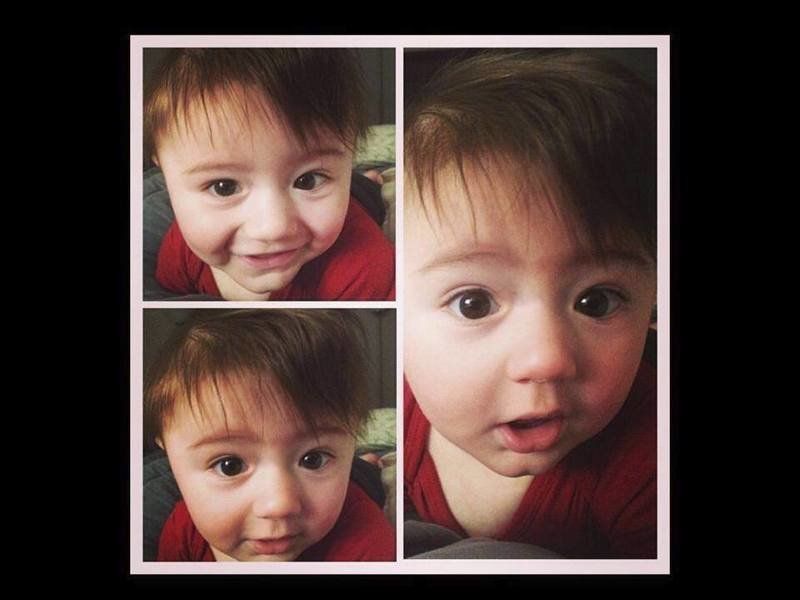 Mason Silva’s winning smile captivated many who turned out on Salem Common in April, shortly after the 1-year-old suffered a relapse. 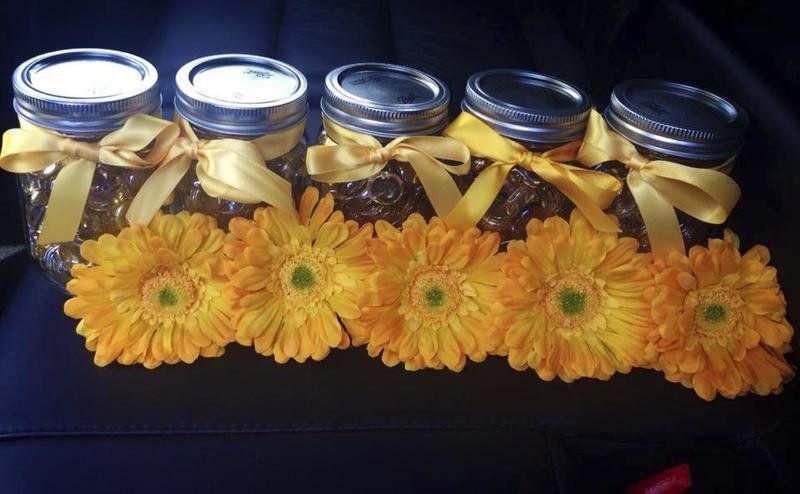 Alissa and Kevin Silva are selling these decorated Mason jars for $10 apiece to raise funds for pediatric cancer research.

Courtesy photosMason Silva with his mom, Alissa Silva. Mason died of cancer in April, just a few weeks after his first birthday. His parents are now raising funds for research into childhood cancers.

Mason Silva’s winning smile captivated many who turned out on Salem Common in April, shortly after the 1-year-old suffered a relapse.

Alissa and Kevin Silva are selling these decorated Mason jars for $10 apiece to raise funds for pediatric cancer research.

The parents of 1-year-old cancer victim Mason Silva are raising awareness of pediatric cancer, and funds for research, by selling decorated Mason jars throughout the month of September.

Doctors diagnosed Mason last September after an unrelenting fever led to blood testing that revealed Mason had no white blood cells or neutrophils. He was 5 months old.

“Going into childhood cancer, you don’t really hear much about it,” Mason’s mother, Alissa Silva, said.

The 34-year-old Salem native decided she would devote September — Childhood Cancer Awareness Month and the anniversary of her son’s diagnosis — to help in the fight against the disease.

The Mason jars feature golden beads and a matching flower, the color designation for childhood cancer campaigns. Alissa and her husband, Kevin, are selling the jars out of Larson’s Automotive Service in Peabody, where Kevin works. So far they’ve sold more than 500, shipping orders all over the country. At $10 each, that’s $5,000 the family will donate to the St. Baldrick’s Foundation, a pediatric cancer group.

Cancer in young people affects around 1 in 285 and takes more children’s lives than any other disease, according to the foundation. St. Baldrick’s looks at pediatric cancer in the number of potential years lost. Doing so shows a funding chasm between dollars for adult cancer and dollars for childhood cancer research.

Pharmaceutical companies are hesitant to fund such research themselves, leaving doctors and families with outdated medicines, Alissa said.

“The drugs that they use are so old,” she said. “You’re just putting poison into your kid, trying to save them. And even if you save them from the cancer, you’re likely to lose them to something else.”

If having a child with cancer isn’t enough of a struggle, half of all families with a diagnosed child will file for bankruptcy, Alissa said.

The Silvas were able to avoid such a nightmare with generous support from the community and, sadly, because Mason died so young.

After Mason’s blood test results, the Silvas packed their bags and prepared to spend a few nights at Beverly Hospital. Mason was transferred to Boston Children’s Hospital, where the family was told he had two forms of cancer — myelodysplastic syndrome and acute myeloid leukemia.

Mason’s sickness was aggressive. After undergoing two months of treatment and a bone marrow transplant, the baby relapsed on his first birthday and died three weeks later.

It was Mason’s stylish cap and infectious belly laugh that drew hundreds to an event on Salem Common after the relapse. Supporters hoped for a miracle. Mayor Kim Driscoll, Congressman John Tierney, and state Sen. Joan Lovely all attended.

The Silvas had started a Facebook group to provide followers with updates. The page drew “likes” from all over the country, more than 20,000 as of Friday. Now the family is using that following to raise awareness.

Alissa hopes to devote every September to Mason and to fundraising for childhood cancer research and services. She’s already started making connections at her new job at City Hall, and plans to organize a kids’ fair or carnival for next year, donating all proceeds to the cause.

In time, the Silvas hope to have more children, Alissa said. She still refers to her son in the present tense. She and Kevin attend a grief counseling group and are doing their best to honor Mason by fighting childhood cancer.

“Instead of lying around and waiting to die, we’re trying to fulfill a promise that we made to him,” Alissa said.

The Silvas are holding a memorial Mass for Mason at St. James Parish on Saturday, Sept. 20, at 4 p.m.

Mason Jars are available at Larsons Automotive Service, 289 Lynn St., Peabody, every weekday from 9 a.m. to 5 p.m. and Saturdays from 10 a.m. to 2 p.m. during the month of September.

If you would like shipping, you can go to PayPal and use the email address jarsformason@yahoo.com. Click “send money to family and friends.” Then put your full name and mailing address, and add the amount of shipping to the cost of the jars. It’s $6 for one jar and $13 for more than one (up to five). Any questions, email jarsformason@yahoo.com.