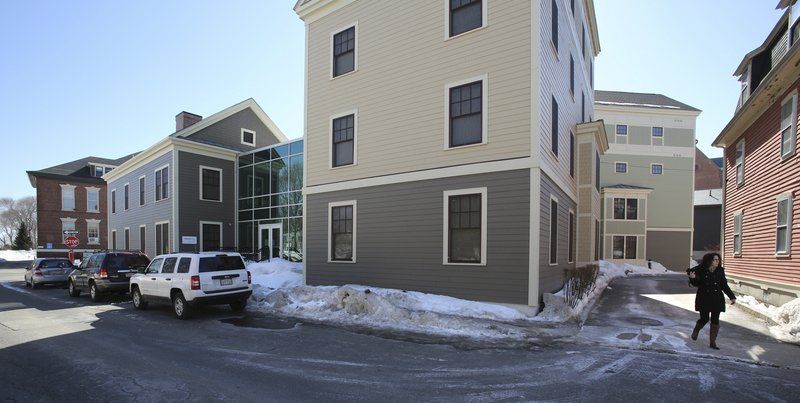 KEN YUSZKUS/Staff photo Montserrat College of Art’s $8 million student residence village in downtown Beverly was built in 2009. When a fund-raising campaign fell short, the college had to borrow money to pay for it. 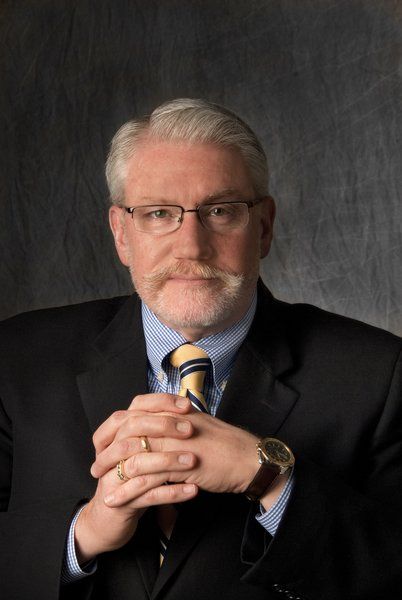 Steve Immerman, president of Montserrat College of Art, disputes a federal Department of Education designation in 2013 that the college is not financially responsible. "I invested in the operation and the quality of student experience to try to improve the competitive position of the college, which we have," he said . (Courtesy photo)

KEN YUSZKUS/Staff photo Montserrat College of Art’s $8 million student residence village in downtown Beverly was built in 2009. When a fund-raising campaign fell short, the college had to borrow money to pay for it.

Steve Immerman, president of Montserrat College of Art, disputes a federal Department of Education designation in 2013 that the college is not financially responsible. "I invested in the operation and the quality of student experience to try to improve the competitive position of the college, which we have," he said . (Courtesy photo)

When Salem State University and Montserrat College of Art announced last week that they are exploring a merger, their presidents extolled the potential benefits for both institutions.

A big question that still needs to be answered is how a merger would impact taxpayers — especially since Montserrat is on shaky financial ground.

Montserrat College President Stephen Immerman said the college’s finances have improved since he took over in 2009. But records show the downtown Beverly school is still struggling to make ends meet.

Montserrat posted operating losses for three straight years before finishing on the plus side in fiscal year 2014, according to the college’s financial statements. In 2013, the U.S. Department of Education gave Montserrat the second-lowest financial responsibility score out of 109 private, non-profit colleges in Massachusetts — ahead of only the Urban College of Boston, and behind Boston’s Juniper Beauty Academy.

The department has classified Montserrat as “not financially responsible” and has required the school to provide a letter of credit to insure that government loans will be repaid if the college goes out of business. Montserrat was forced to spend a combined $868,480 in 2013 and 2014 to purchase letters of credit.

Salem State University President Patricia Meservey said officials are examining Montserrat’s finances, but it’s too early to know the financial consequences of a merger for taxpayers.

“Right now we’re in the process of due diligence to try to determine what are the actual financial opportunities and risks in a possible merger,” Meservey said. “I can’t be specific about what the outcome would be because I don’t have all the information.”

Investing in the school

Immerman said the Department of Education’s characterization of Montserrat as “not financially responsible” is misleading. He said the school has spent money on infrastructure, technology and other improvements that help students but don’t show up on the college’s cash balance sheet.

“I invested in the operation and the quality of student experience to try to improve the competitive position of the college, which we have,” he said.

He also questioned the formula the government uses to determine the scores.  A task force of college and university presidents issued a report last year saying the formula is often inaccurate and unfairly penalizes well-performing institutions.

The college was also cited for “lack of sufficient oversight” in its accounting department in a 2013 audit. According to the report, the college operated without a controller for most of the fiscal year, and several accounts were not property reconciled, reviewed or approved.

Immerman said the audit was initiated at his request and a new chief financial officer has been hired.

Bailed out by donor

Montserrat has also relied heavily on the backing of a few top donors to ensure its financial stability. Donors include Steven Dodge, former president of its board of trustees. Speaking at a faculty meeting in 2013, former Montserrat Executive Vice President Richard Longo said Dodge “literally saved the college at one point financially, and he still secures our debt,” according to minutes of the meeting.

Dodge is the chairman of Windover Development, a Beverly-based company that built an $8 million student residence village for Montserrat in 2009. The college was forced to borrow money to pay for the project when a fund-raising campaign fell short. In 2010, Dodge personally guaranteed a $5 million line of credit for the college, according to deed records.

“Montserrat would not be here but for Steven Dodge and his leadership and his philanthropy,” Immerman said. “He doesn’t want credit. This is just something that he’s done because he believed in the place.”

Montserrat’s precarious finances prompted the college to discontinue its practice of contributing to employee retirement plans in 2013, saving the school about $130,000 per year.

Immerman and Meservey said the financial details of the merger will be worked out in the next few months as the two schools go through their due-diligence phase. Right now, the plan calls for Salem State to take on Montserrat’s operating revenues and expenses, according to the colleges, while Montserrat’s property and endowment would be “gifted” to Salem State.

Montserrat’s property and equipment are valued at $10.3 million, while its endowment is around $740,000.

As for whether Salem State will also inherit Montserrat’s long-term debt, which as of last June stood at $6.3 million, both college presidents said that has not been determined. Salem State already has more than $32 million in long-term liabilities, due in part to several recent building projects, according to financial records.

Salem State received $46.9 million in state appropriations to help fund its $137.9 million budget in 2013. Whether that appropriation will need to be increased if Montserrat is absorbed is not yet determined, the presidents said.

Meservey said analyzing and comparing the financial strengths of private and public colleges is difficult. She said officials will examine Montserrat’s assets as well as its debts and make a determination of the costs of the merger.

“While in any new endeavor there may need to be some investment of funds,” she said, “we are looking at this as one that would be a positive one that would not cause any strain on Salem State.”

Enrollment has increased from 339 to 385 since Immerman arrived at Montserrat. But he said colleges everywhere are facing the challenges of fewer college-age students and increasing wariness of families about accumulating college debt. Montserrat’s tuition is $27,500, not including room and board.

Immerman said a merger would increase Montserrat’s long-term viability and expand educational opportunities for its students, while Salem State would enhance its arts program.

“It’s a big win for everybody,” he said.