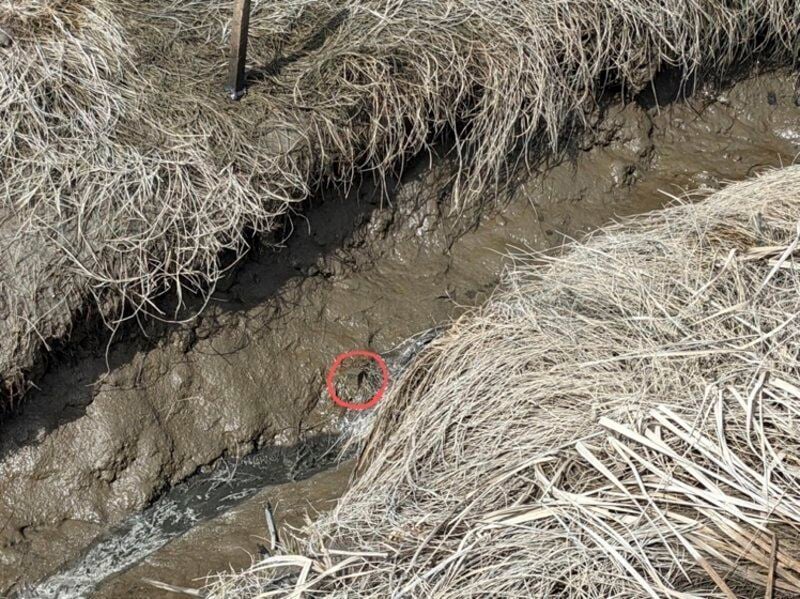 Courtesy photoSediment has accumulated in a treated ditch over the course of roughly eight months. Circled in red is the top of a stake, barely visible. 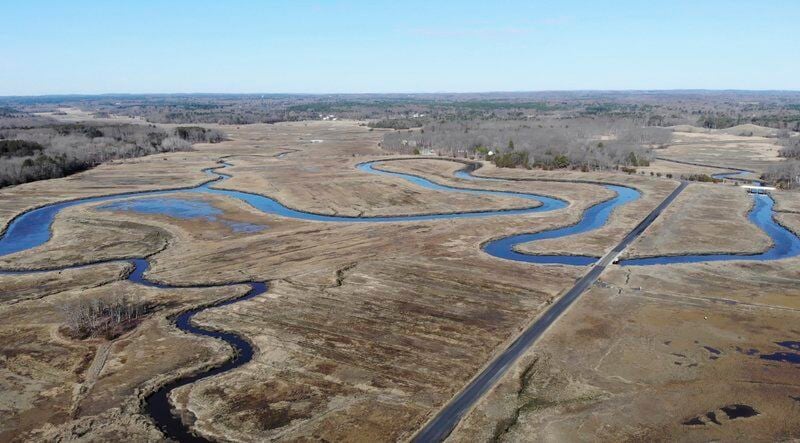 Courtesy photoSediment has accumulated in a treated ditch over the course of roughly eight months. Circled in red is the top of a stake, barely visible.

An ambitious project to restore thousands of acres of the Great Marsh has gotten a $1 million boost.

The Trustees of Reservations announced Monday that it has received a $1 million grant from the U.S. Fish and Wildlife Service to expand the Trustees' salt marsh restoration project.

The grant will fund restoration of an additional 916 acres of Great Marsh land in Ipswich and Essex, increasing the scope of the project to more than 1,200 acres and making it the largest ecological restoration project in the 130-year history of the Trustees, and one of the largest projects of its type in Massachusetts, according to the Trustees.

The project, which began in 2018, is designed to heal the natural function of the marsh, enabling it to keep pace with sea-level rise using "nature-based, low-impact strategies," according to the Trustees.

"This is the kind of scale that can make a real and lasting impact in adapting vulnerable landscapes to our changing climate," Trustees Acting President and CEO Jocelyn Forbush said in a press release.

The Great Marsh is the largest salt marsh in New England, with more than 20,000 acres extending across the North Shore from Gloucester to Salisbury. The marsh protects shorelines from rising sea levels and storm surge and is a critical habitat for hundreds of species of fish, shellfish, birds and mammals.

The Saving the Great Marsh project aims to repair the remnants of "ditching," an agricultural practice that dates back to early colonial days and continues to disrupt natural tidal flow and draining of the marsh, resulting in drowning of plants. The restoration intends to rebuild marsh peat naturally over time to restore the natural function of the marsh and allow it to keep pace with sea-level rise. The project is estimated to take three to five years to complete.

The project is a partnership among the Trustees and Essex County Greenbelt Association, nonprofits that each own hundreds of acres of salt marsh land. The $1 million grant is a North American Wetlands Conservation Act grant from the U.S. Fish and Wildlife Services' Atlantic Coast Joint Venture.

The salt marsh restoration project has now received a total of $1.46 million in state and federal grants since the summer of 2018. Combined with contributions from the Trustees and its partners, the project has nearly $4 million in funding.

Restoration work began at the Old Town Hill parcel in Newbury in 2020, and is expected to begin at the Crane Reservation in Ipswich and the Crane Wildlife Refuge in Essex this August.