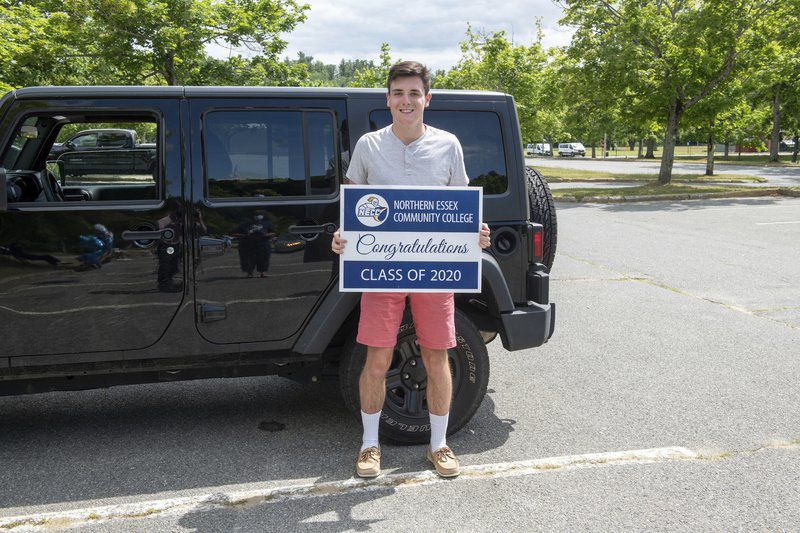 Jack Gilmore of Topsfield started taking classes Northern Essex Community College as part of the college's Early College Program and, by taking courses summers and online and at Salem State, he was able to earn an associate degree from NECC. 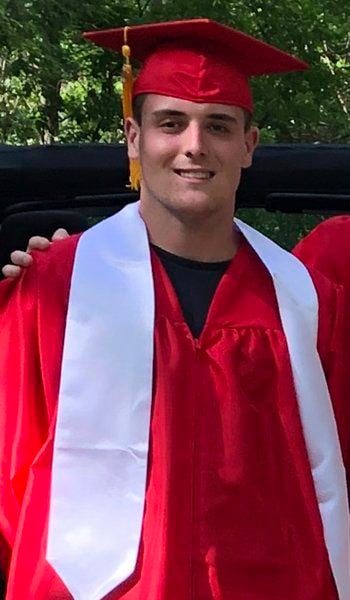 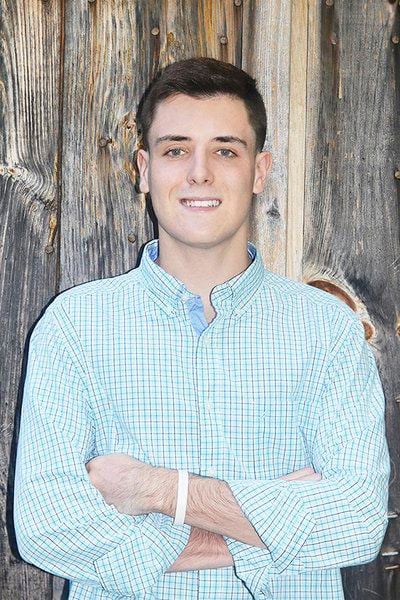 Jack Gilmore of Topsfield started taking classes Northern Essex Community College as part of the college's Early College Program and, by taking courses summers and online and at Salem State, he was able to earn an associate degree from NECC.

TOPSFIELD — Jack Gilmore had probably already learned a few more of life's lessons than most of his classmates as a result of his father's medical issues.

His dad, Jeff Gilmore, has recovered physically from recurring brain tumors. But financially, "my family was crushed," said the teen.

When Gilmore, then just finishing his freshman year at Masconomet Regional High School, learned that he could take part in a program that would let him earn an associates degree from Northern Essex Community College in Haverhill while still in high school, "I said, 'this is the best way to save money.'"

While they've since gotten back on their financial feet, there are three children to educate and not a lot of options for financial aid, given their income.

Three years later and now 17, Jack has achieved his goal — and will be able to transfer enough of his credits from Northern Essex Community College, Salem State University and North Shore Community College to cut a whole year from the time it takes to earn a bachelor's degree at the University of Connecticut.

That will save a year's tuition, and get him started on a graduate degree all the sooner. He plans to study mechanical engineering.

But he's gained something more, said he and his mother, Erinn Gilmore. It's something he might not have been able to learn in the corridors of a suburban high school.

During one of his first community college classes, "this kid sat down next to me. He was covered with tattoos."

Gilmore said he felt a little intimidated. Then, "I got to know him." The other student was also interested in engineering and they hit it off.

Another classmate was a 77-year-old woman who decided to return to school to finally earn that college degree she'd long wanted.

"I've learned not to judge people," said the teen.

His mother, who is originally from Lynn, is proud of her son. "I'm glad we could give him that opportunity," she said.

At times, it was "overwhelming," Jack Gilmore acknowledged.

A few times, his coursework overlapped with school sports, or he'd have to start a college course before all of his high school classes were done.

"There have been times when I'm definitely overwhelmed, but I remind myself it could be worse," said Gilmore.

It helps that he's big on organizing his time and making lists. "I write everything down and once it's done, I cross it off, which I find satisfying," said Gilmore.

He and his parents also give a lot of the credit to his guidance counselor, April Cochran, who was supportive of his plan to graduate from both high school and community college at the same time.

At one point, Gilmore, who had earned college credit, thought about giving up on getting the actual degree. But Cochran convinced him to keep going, since he was so close.

Gilmore was also accepted at Boston University, Worcester Polytechnic Institute and Merrimack College. But he fell in love with UConn, where he'll be able to start as a sophomore in the fall.