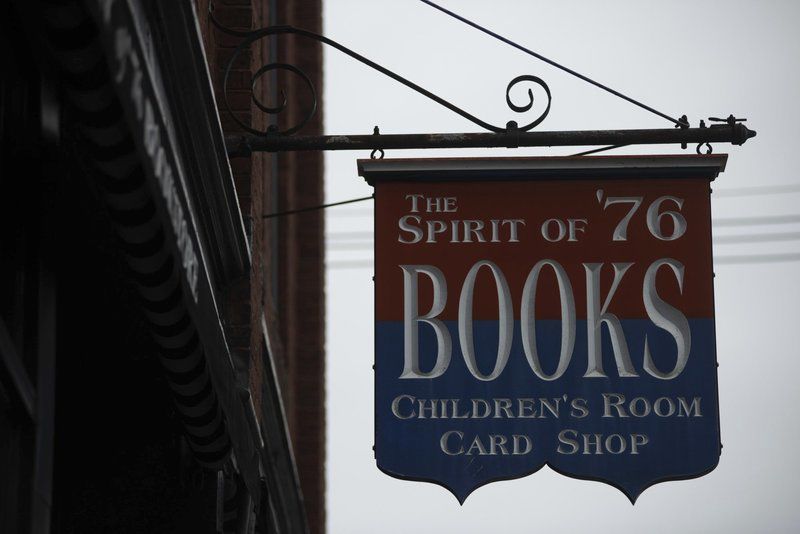 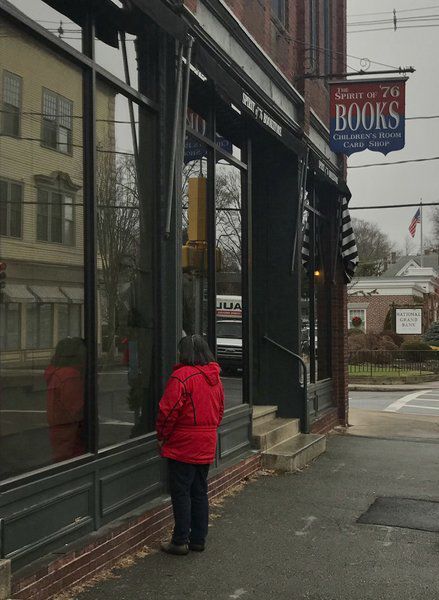 Ethan Forman/Staff photoMargo Steiner peers through the window Friday at The Spirit of '76 Books in Marblehead. The longtime independent bookstore has closed. "I'm going to miss it," Steiner said of the shop. 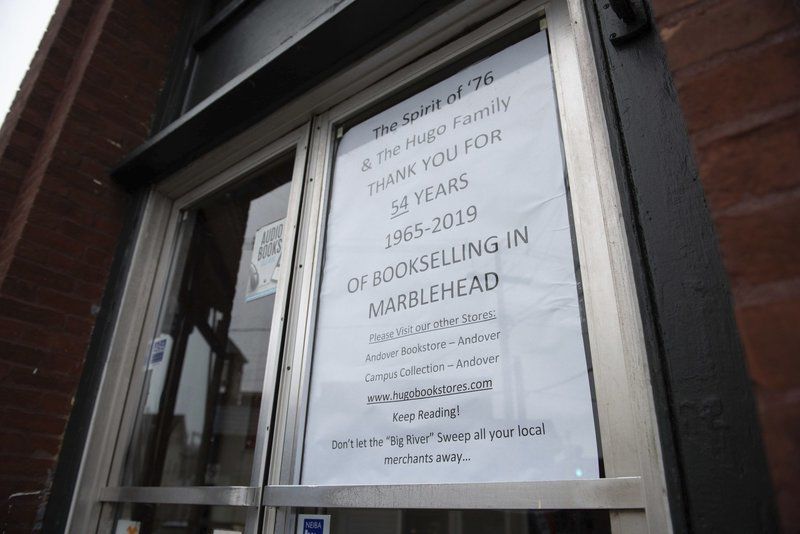 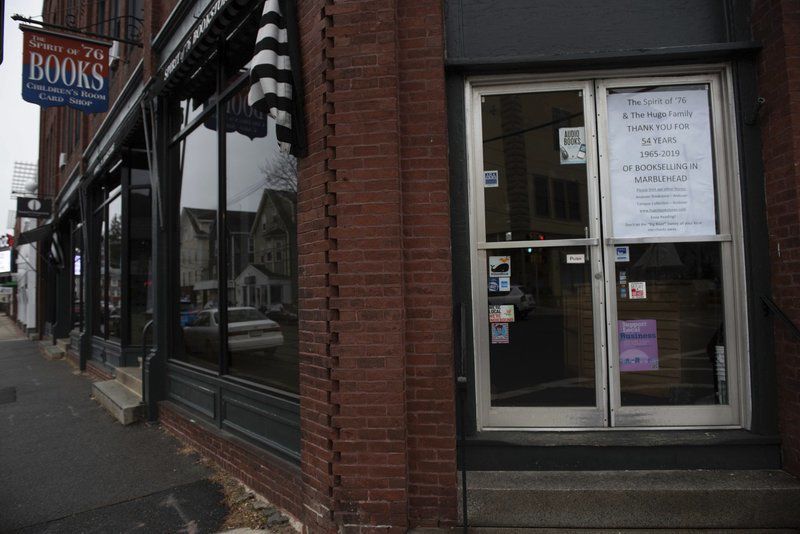 RYAN MCBRIDE/Staff photoA sign in the door at The Spirit of '76 Books in Marblehead thanks patrons for their support over the past 54 years.

Ethan Forman/Staff photoMargo Steiner peers through the window Friday at The Spirit of '76 Books in Marblehead. The longtime independent bookstore has closed. "I'm going to miss it," Steiner said of the shop.

RYAN MCBRIDE/Staff photoA sign in the door at The Spirit of '76 Books in Marblehead thanks patrons for their support over the past 54 years.

MARBLEHEAD — After more than 54 years in business, the family-owned Spirit of '76 Bookstore at 107 Pleasant St. closed sometime after Christmas, leaving its shelves bare.

"Don't let the 'Big River' Sweep all your local merchants away..." read a sign on the door Friday, a not-so veiled reference to the mega online retailer Amazon. The store's tall windows were covered in brown paper, and the shelves inside, visible through gaps in the paper, appeared empty.

The independent bookseller has been a fixture on the corner of Pleasant and School streets for 50 years. The shop was the original HugoBooks Inc. bookstore. By 2011, the company had expanded to operate bookstores in Marblehead, Andover, Newburyport and Swampscott, but now only operates shops in Andover.

Owner John Hugo at HugoBooks Inc.'s could not be reached for comment. An employee of the Andover Bookstore said Hugo does not work at that location. A call to the company's office and an email seeking further comment were not returned Friday as of press time.

On Feb. 15, 1965, John Hugo's father, Robert W. "Bob" Hugo, started the bookstore three months shy of graduation from University of Massachusetts Amherst. The first location was 500 square feet in another part of Marblehead, according to the history on the Newburyport-based bookseller's website.

In 1969, Hugo moved the shop to a 3,000-square-foot space in the Rechabite Building, where the bookstore was located on the ground floor. He later purchased the building in 1976.

HugoBooks runs the Andover Bookstore on Main Street in Andover, "the second oldest continually operating bookstore in America," founded in 1809, according to the company's website. The company also operates the Campus Collection in that town, a store of Andover-themed clothing plus other merchandise and accessories.

HugoBooks first expanded when it acquired the Book Rack in Newburyport in 1988, and then the Andover Bookstore in 1992. The Swampscott store was short-lived, opening on Nov. 15, 2011, in half of the space of the former Borders Express at 450 Paradise Road. It closed on March 17, 2013.

The Book Rack, which had been at the corner of State and Pleasant streets in Newburyport for 47 years, shut down in September due to declining sales starting in the fall of 2018, along with a change in reading habits, according to a press release from John Hugo at the time.

"People read less in today's fast paced social media and Netflix world and those that do read have taken their purchases largely to Amazon for its cost and convenience," Hugo wrote in a press release in September. "The Bookstore cannot meet the fixed costs any longer."

The Marblehead store's Facebook page does not indicate the store's imminent closing. The store was scheduled to be open from 8 a.m. to 5 p.m. on Dec. 24.

Marblehead resident Margo Steiner came by the store Friday morning to see if it had closed. She had heard the bookshop had gone out of business.

"I'm going to miss it," said Steiner, who used to work at Salem State University in marketing and public relations. "It's too bad, I mean, Amazon is taking over the world, it seems."

Steiner said she had recently talked with friends about how nice it is to go into a little bookstore where you can browse books, smell the ink on the page, and know the people there.

"But, in the last two months, I thought it was going out of business. The shelves were emptier and they just closed their one in Newburyport," Steiner said.

An undated sign in the window from the bookstore's staff spoke about the store slimming down.

"As with all periods of great change, adaptation is essential to survival and to building new prosperity. While we have slimmed down (just in time for beach season!) The Spirit of '76 still remains fiercely independent and committed to providing a carefully curated collection of intriguing books, fostering an environment of discovery, and maintaining a community space for you to feel at home in quiet browsing or spirited conversation."

Jon Hurst of Beverly, president of the Retailers Association of Massachusetts, was surprised to hear that the Marblehead bookshop had closed.

"That's an important message we have to keep telling ourselves," Hurst said of the importance of shopping locally. He said online holiday sales increased by 18% over last year. He also noted that because so many people are ordering items online, about half of all transportation is freight.

"If you want to preserve small business and Main Street, and cut down on traffic congestion, put your money where your mouth is," Hurst said.