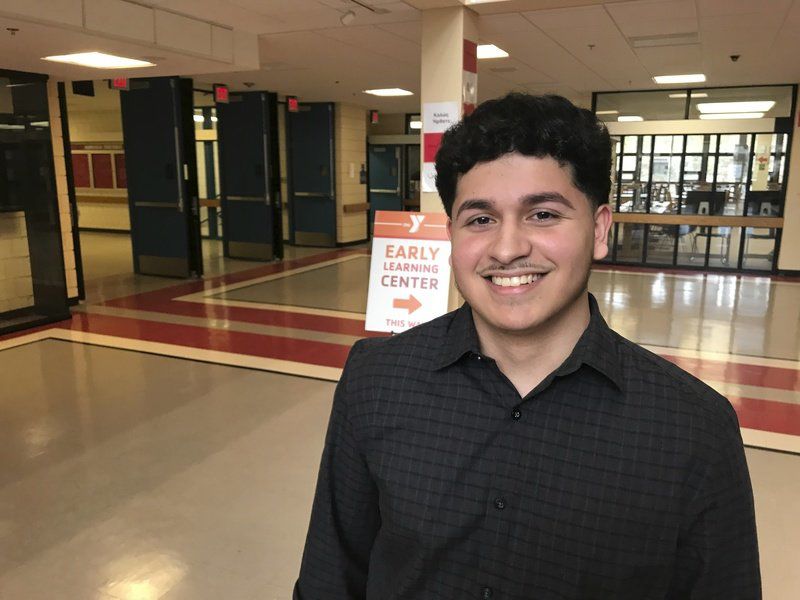 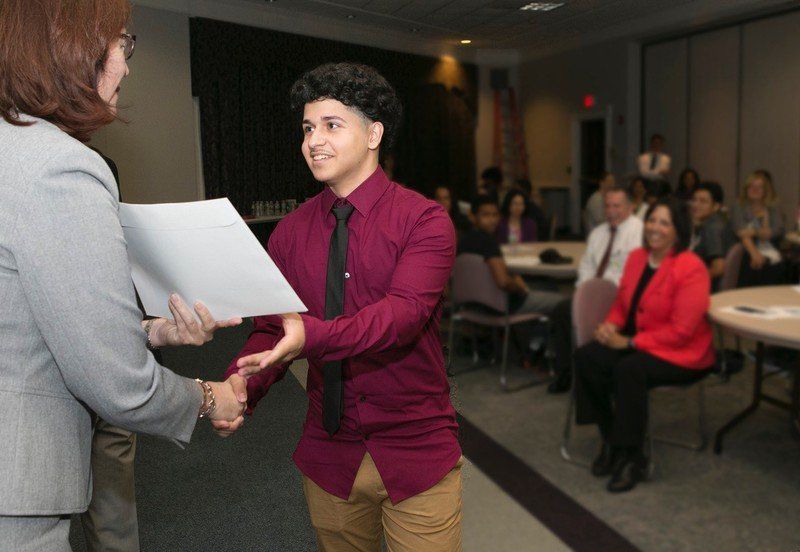 Courtesy photoEdwardo Troncoso of Salem accepts a certificate acknowledging his participation in the 2017 First Jobs program from Beth Taylor of North Shore Medical Center. Troncose, who wants to be a nurse, got his first summer job last year at the hospital through a government First Jobs program. 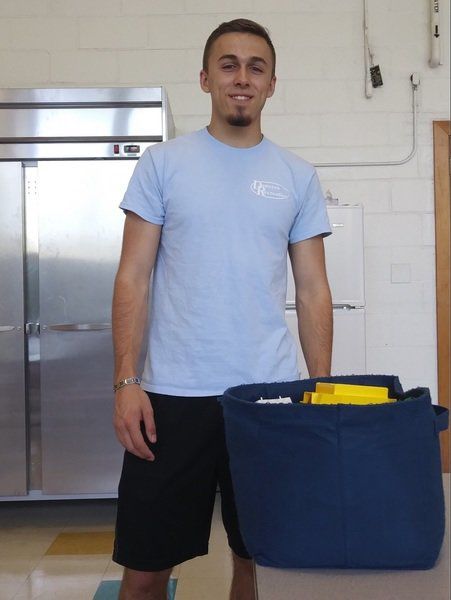 Courtesy photoEdwardo Troncoso of Salem accepts a certificate acknowledging his participation in the 2017 First Jobs program from Beth Taylor of North Shore Medical Center. Troncose, who wants to be a nurse, got his first summer job last year at the hospital through a government First Jobs program.

Edwardo Troncoso spent the summer between his sophomore and junior year of high school wearing scrubs, filing water pitchers and answering call lights on a floor of Salem Hospital.

Troncoso, a Salem resident who wants to be a registered nurse someday, found his first summer job thanks to the First Jobs summer employment program run by the North Shore Workforce Investment Board, which is gearing up to help 500 teenagers find their first summer jobs again this summer.

Danvers High senior Christopher Cockfield, 18, has lined up his summer job on his own. He plans to work again for Danvers Recreation at Endicott Park in the Little Lizards science and nature programs for kids 4 to 7 years old.

"I have a car, I have to pay insurance," Cockfield said, and the $300 a week he earns will go a long way toward covering those expenses.

This is the time of year when teens are actively seeking summer jobs, and officials at First Jobs say the outlook for them is good, with a low unemployment rate (3.5 percent in March) making for a tight labor market.

"There are jobs out there for kids," said Mark Whitmore, executive director of the North Shore Career Center. "It should be a good summer."

Mary Sarris, executive director of the Salem-based Workforce Investment Board, said the economy is strong and lots of companies are hiring.

In fact, the improved economy may be taking financial pressure off some families, giving teens less of an incentive to find a summer job, according to the report on last year's First Jobs program.

The program has a budget of $550,000, Sarris said, and this includes state funding for low-income youth and $50,000 from private donations. The money is only used for wages for teens placed in public/nonprofit settings, and jobs at companies are not subsidized.

Whitmore said a lot of summer jobs come from retail, despite the beating the sector has taken in recent years. The hospitality industry is also another source, given the importance of tourism to the region. Grocery stores still hire a lot of young people, too.

"I think it's pretty easy to find jobs," said Amanda Donahue, 17, a junior at Danvers High. "People are eager to employ kids because they know they need the money, especially at this time."

Donahue works scooping ice cream at Putnam Pantry in Danvers. It's job she got two years ago after being referred by a family friend. She works 20-to-30 hours a week in the summer, and 10 hours a week during the school year. The more than $200 a week she makes in the summer goes to her car, clothes and food.

Junior Shelby Johnson, 16, landed a summer job through a friend, John Skarmeas, at his father's law firm in Topsfield. The firm is run by attorney Arthur Skarmeas.

"I answer the phones. I do filing. I make copies of cases. I talk to the clients, things like that. Just administrative things," Johnson said. "It's a good way to get experience in a professional environment.".

In the spring, Johnson also gets paid to referee youth lacrosse, and in the summer to referee tournaments.

Junior Michael Ward, 17, works at the Danvers YMCA summer camp. His friends told him to apply, and he worked there last year. This summer, he will again be earning minimum wage helping older counselors with the little kids.

"It's really stress-free," Ward said, "because it's like I don't have to worry about a lot. I just have to, like, really look over kids and make sure they don't hurt each other."

Ward said he knows a lot of teens who are having a hard time finding jobs without someone to refer them.

"If you have friends at workplaces, it's much easier to get the job," he said.

Since freshman year, Dalkouras has worked summers. She likes the routine of a set schedule and the money she earns for spending. She has also referred her friends for jobs at the family's eateries.

Growing into the job

Last year, Troncoso got his summer job not through a friend or a referral, but by spotting a flier for First Jobs in the hallway at Salem High. He interviewed for a job and landed one at North Shore Medical Center. He was one of 20 students, 10 from Lynn and 10 from Salem, chosen to work there.

He worked from 10 a.m. to 2 p.m., five days a week, earning $11 an hour, on a patient care unit. He stocked cabinets, filled water pitchers, moved equipment and stocked supplies.

He was always on his feet.

The first week, he felt out of place. But as he grew into the job, he was given his own pair of scrubs.