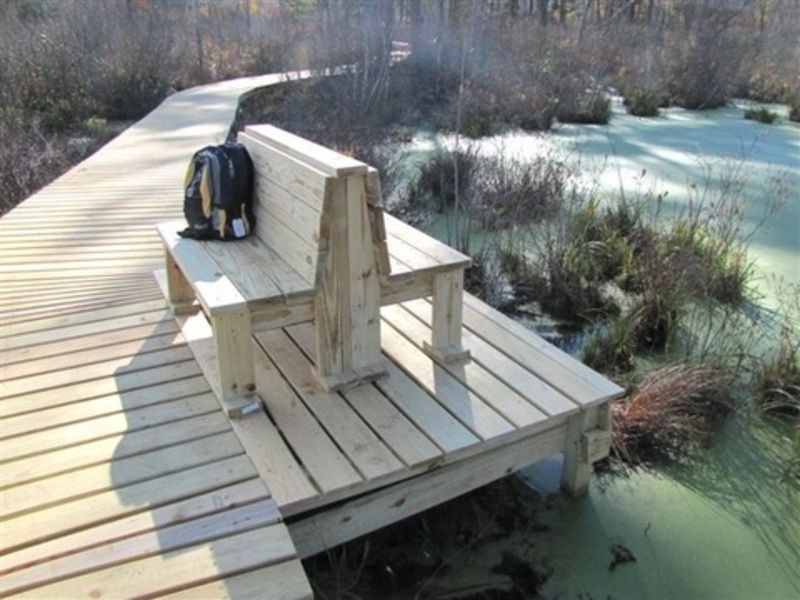 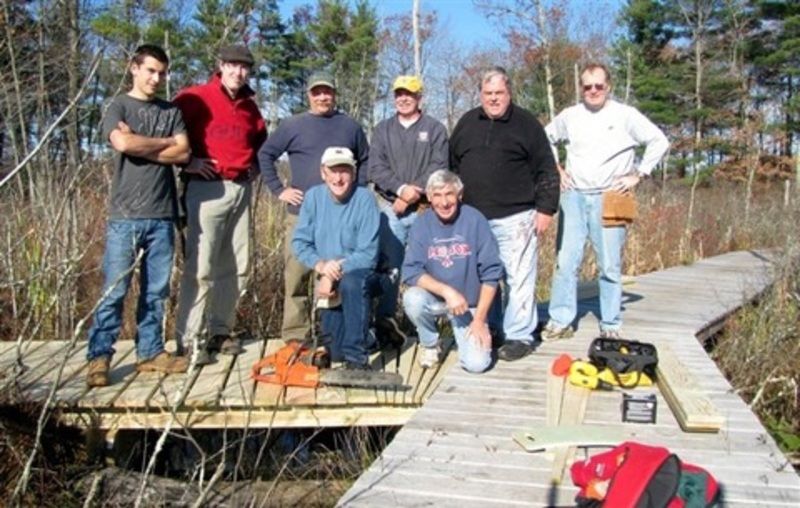 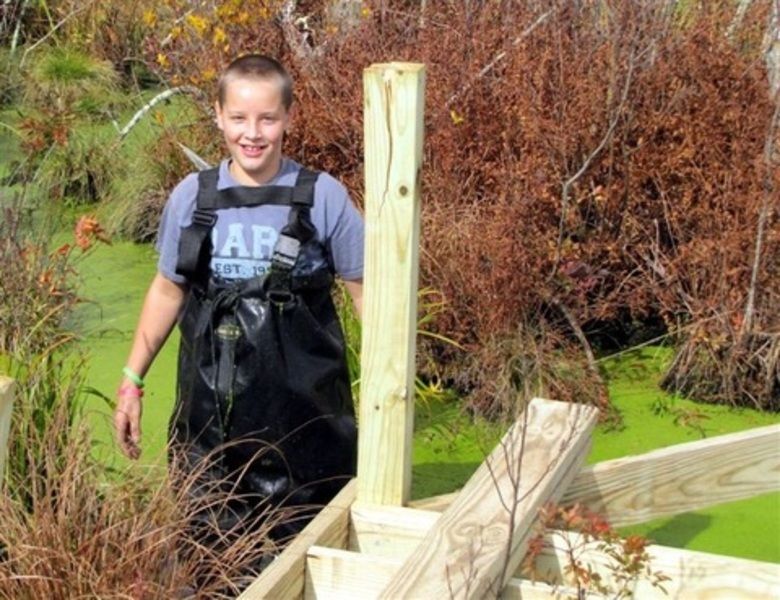 Mitch Lentine dons waders and assists the builders in the swamp. 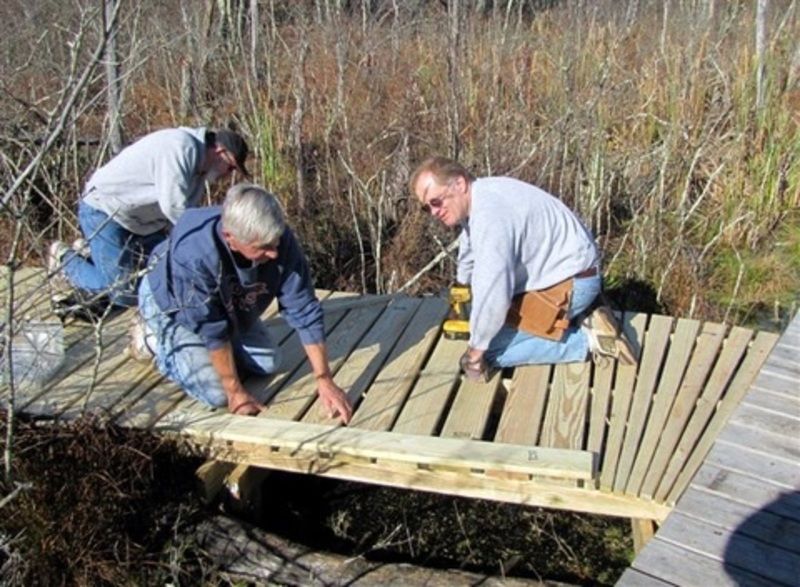 Mitch Lentine dons waders and assists the builders in the swamp.

DANVERS — The genesis for the recently completed SwampWalk through a portion of the Great Wenham Swamp came from Conservation Commission walks over a rotted wooden platform in 2003 and 2004 to get a view of the site of the Choate Farm subdivision.

George Saluto, a former commission member, recalls falling through a walkway that hunters once used to reach a duck blind. The views of the islands, ponds, nests and beaver lodges were apparently worth the dunk, so much so that Saluto and a group of volunteers have worked for the past two years to create a new wooden walkway on wetlands owned by Danvers, in both the towns of Danvers and Wenham.

With the development of the homes, the old walkway is no longer accessible, so it was decided to build the SwampWalk starting from land accessible from the Danvers Rail Trail, about 1,500 feet south of Route 97.

Late last month, volunteers used a cordless drill to drive a deck screw dipped in yellow paint into the last section of completed decking, what Saluto joked was the “golden spike” to mark the end of construction. With that, volunteers have completed the 1,500-foot SwampWalk, all at no cost to either Wenham or Danvers taxpayers.

“The walkway is done,” Saluto said. “We are into enhancements.”

Those future enhancements include signs and the construction of a large picnic bench on the island closest to the Choate Farm development. Volunteers have already installed twin benches at the overlook to Little Choate Pond.

Saluto planned to attend Thursday night’s meeting of the Danvers Rail Trail Advisory Committee to talk about signage to make rail trail users aware of the SwampWalk’s location. There are also plans for interpretive signs.

The SwampWalk’s lumber and materials were funded through a $26,000 grant from the state Department of Conservation and Recreation’s recreational trails program, said Assistant Planning Director Susan Fletcher. Another $10,000 was raised privately, Fletcher said.

Working over several weekends in the spring and fall, volunteers over the course of two years worked to build the elevated boardwalk in stages. It had won approvals from the Danvers and Wenham conservation commissions, both towns’ boards of selectmen, the Essex County Greenbelt Association, and the state Department of Conservation and Recreation.

Crews started at the north entrance of the SwampWalk and built the walkway out into the wetlands, eventually building an observation platform named for Richard Wolniewicz. He’s the property manager of Massachusetts Audubon’s Ipswich River Wildlife Sanctuary in Topsfield. Saluto said Wolniewicz taught volunteers how to build the platform by driving 8-foot wooden piles into the swamp to form the understructure for the platform. A similar walkway dots the wildlife sanctuary.

Volunteers then began the platform at the south entrance, pushing the walkway west, then north, taking care to curve around natural features such as stumps and beaver lodges. Eventually, they joined the northern and southern sections of the SwampWalk.

Saluto said volunteers went above and beyond to get the SwampWalk built.

“The people who have been involved with this have been incredible,” Saluto said. “I scheduled two weekends (for the work), and they worked four.”

Saluto said there are plans to hold a dedication ceremony in the spring.