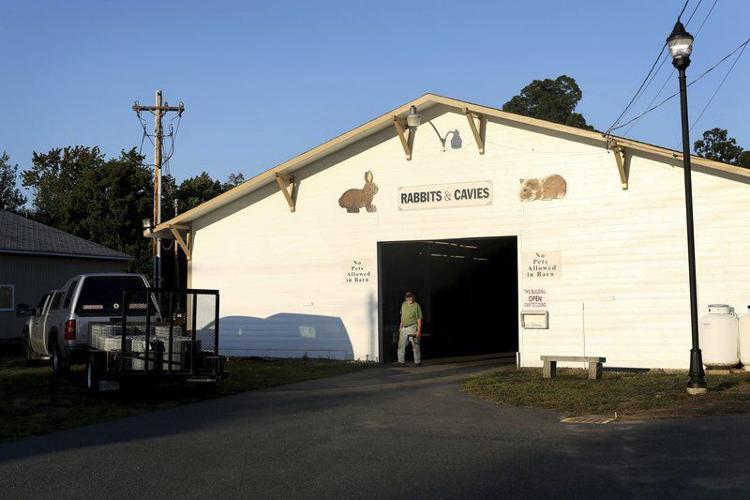 HADLEY GREEN/Staff photo A man walks through the rabbits and cavies barn at the Topsfield Fair fairgrounds. The fair opens on September 29th. 09/07/17 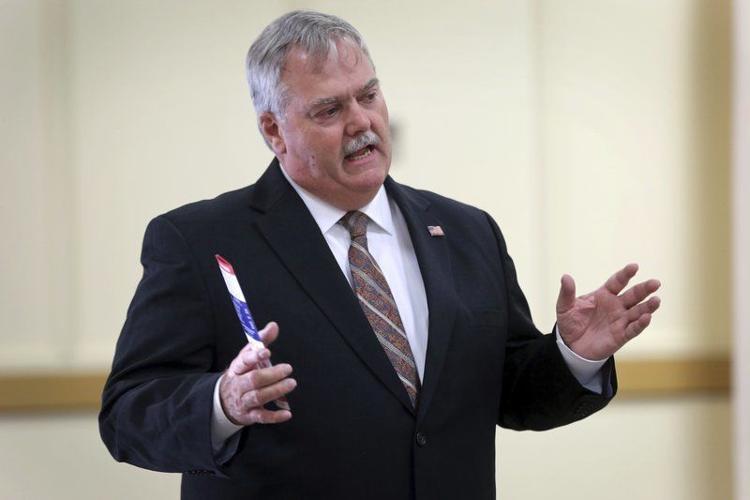 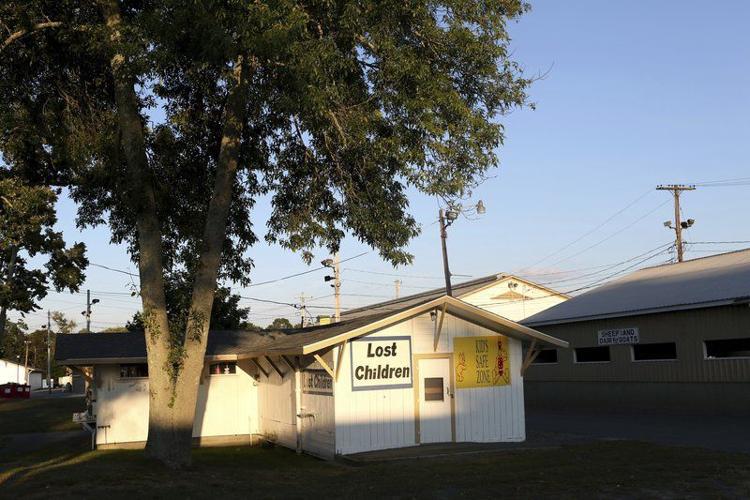 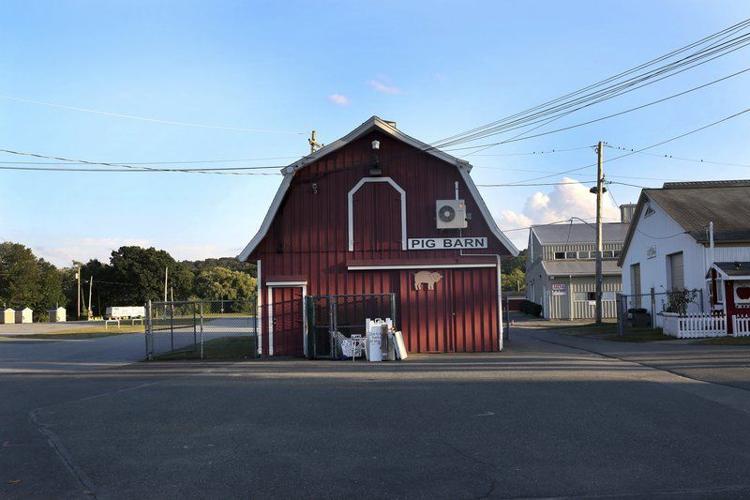 HADLEY GREEN/Staff photo A man walks through the rabbits and cavies barn at the Topsfield Fair fairgrounds. The fair opens on September 29th. 09/07/17

TOPSFIELD — The general manager of America's oldest fair is hoping the highlight at the fairgrounds in a few weeks will be the appearance of the sun, as rain on both weekends last year depressed attendance.

"Last year, which we don't like to talk about very much, we got rained out on both weekends. We really had some tough weather," James O'Brien said.

That was last year, and O'Brien said they are gearing up for the 2017 Topsfield Fair, which opens Friday, Sept. 29 at 1 p.m. and runs through Columbus Day on Monday, Oct. 10.

O'Brien noted during a press preview in Coolidge Hall on the fairgrounds on Thursday that rainy days can be some of the best days to attend the fair, due to a lack of crowds, grounds that are hot-topped and not muddy, and buildings with a lot to do and see inside.

In getting ready for this year's fair, O'Brien put an emphasis on maintenance and repairs, such as fixing doors, patching roofs or painting buildings. It's the kind of work most people won't notice, he said, but it makes a difference. The addition of a rock fountain between Coolidge Hall and restrooms should provide some additional seating, which is always in short supply.

This year, the cattle building has been renovated, and it will include a demonstration area with a fiberglass cow from Disney named "Nelly," which will tell the story of the life of a cow, O'Brien said.

Next year, the fair, which is owned and operated by the nonprofit Essex Agricultural Society and was founded in 1818, plans to mark a milestone with its 200th anniversary. O'Brien, however, is focused on what's in store this year.

O'Brien said he recently attended a fair at which they bragged about a 900-pound pumpkin.

The return of racing pigs, which was absent from the fairgrounds last year, should also prove popular.

"You know, this year, racing pigs was something people always enjoyed," O'Brien said. "And the company we had used for many, many years, Robinson's Racing Pigs, last year were unable come due to mechanical issues, so we have a racing pigs company back this year, it's called Swifty Swine, and people just love it."

There are plenty of free shows with one's paid admission at the gate.

For those nostalgic for the golden age of disco, you can catch a free concert by the Village People on Thursday, Oct. 5, 7:30 p.m., when they take to the grandstand stage at 7 p.m.

Those nostalgic for the British Invasion can catch Herman's Hermits starring Peter Noone on Wednesday, Oct. 4, 7 p.m., also in the grandstand. The group performed here about five or six years ago, O'Brien said.

"It's a great show, we will get a great attendance on that night, so that's always a good time," O'Brien said.

Country singer/songwriter and Season 3 winner of NBC's "The Voice," Cassadee Pope, is scheduled to perform on the arena's stage on Saturday, Oct. 7, 6 p.m.

Returning favorites include New England Rodeo of Lancaster in the arena with free shows on Wednesday, Oct. 4 and Thursday, Oct. 5, 6 p.m. There will be bull riding, barrel racing, mutton busting and more.

The fair is also gearing up its educational programming, which last year catered to 15,000 students.

O'Brien said the fair has made other improvements to speed up people getting through gates.

To lessen traffic on Route 1, the fair has bought more than 20 acres on Route 1 and created a satellite lot about a half mile south of the fairgrounds. A shuttle bus will take fairgoers from this lot to the fair.

Parking in the fair's lots will cost $10, while parking and a shuttle bus at North Shore Community College, 1 Ferncroft Road, Danvers, costs $5. Fair parking will not be available at Masconomet Regional School this year, O'Brien said.

Other ways to save

In addition to parking at North Shore Community College for $5, O'Brien said you can save by buying fair and ride tickets in advance.

Admission is normally $15 on the weekends and Columbus Day, and $11 on weekdays, but pre-fair tickets cost just $9. There are also $6 food vouchers that are used at three-quarters of the vendors on the grounds.

You can buy tickets in advance online at www.topsfieldfair.org/tickets through Sept. 25 , and at the ticket booth at the main entrance to the fairgrounds, 207 Boston St., through Sept. 28. There is also a three-day pass option that costs $25.

Discounted ride tickets bought in advance are another way to save. The yellow and red ride tickets are available in advance in strips of 10 tickets for $24, with only one ticket needed for most rides, which normally cost multiple tickets. O'Brien said this is the best deal for rides.

Senior citizens can save on Monday, Oct. 2, when admission tickets for seniors age 60 and up cost $8, with tickets purchased at the gate.

Active members of the military and their immediate families are invited to attend the fair free on Tuesday, Oct. 3.