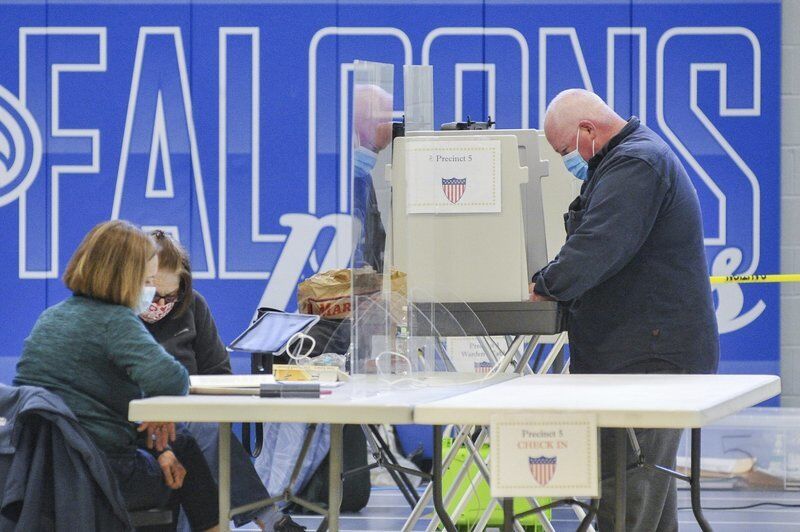 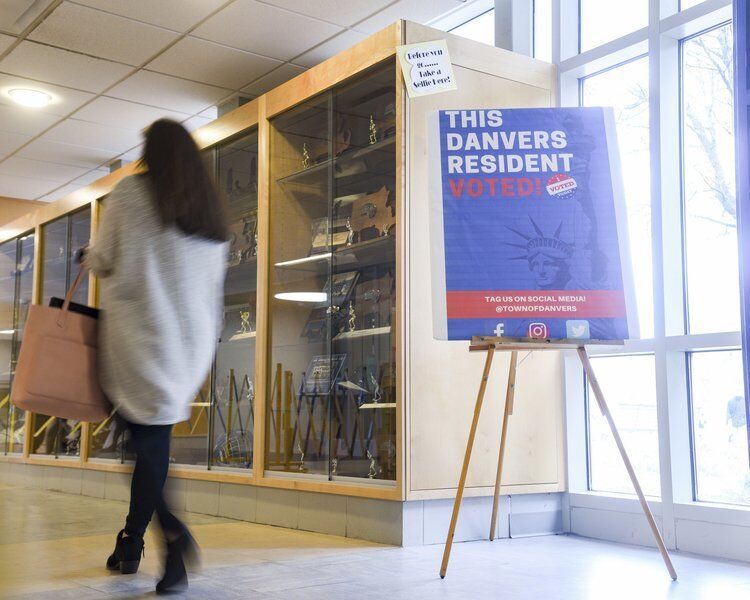 A resident passes by a sign indicating those who voted during town elections Thursday at the Danvers High School. JAIME CAMPOS/Staff photo 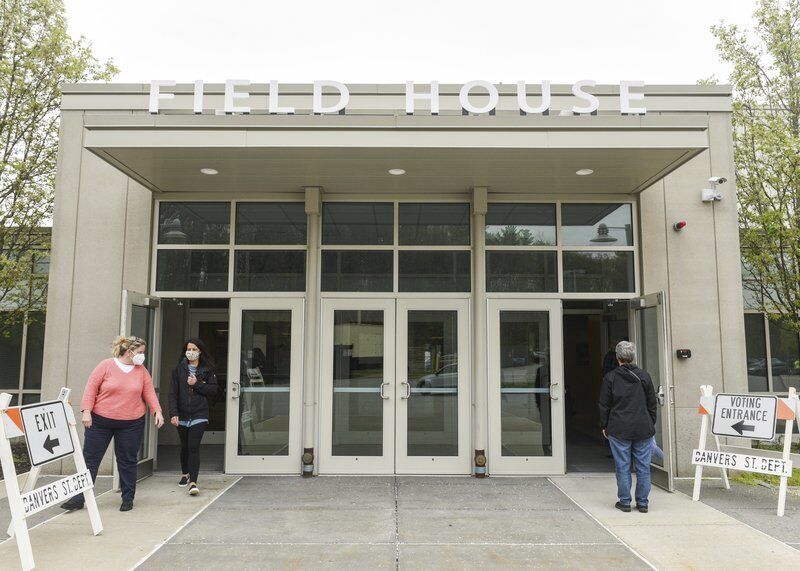 Residents enter and exit the polls at the Danvers High School in DanversThursday. JAIME CAMPOS/Staff photo 5/4/2021

A resident passes by a sign indicating those who voted during town elections Thursday at the Danvers High School. JAIME CAMPOS/Staff photo

Residents enter and exit the polls at the Danvers High School in DanversThursday. JAIME CAMPOS/Staff photo 5/4/2021

Despite a cold, rainy start to the day, voters turned up at the polls at Danvers High School to vote on a number of local races.

According to unofficial election results, incumbent Gardner Trask and Matthew Duggan were chosen to serve on the Select Board while Robin Doherty and Alice Marie Campbell will fill two open seats on the School Committee.

“I’m so excited. I’m honored that the Danvers community has put their trust in me,” said Doherty immediately following her win. “Oh my God, my heart was pounding from excitement (as I watched the results come in).”

Doherty said she is looking forward to getting to work with the rest of the committee members and “to bring [her] knowledge and passion about education and to serve the students of Danvers.”

Campbell watched the results roll in alongside her son, Benjamin, and when she realized she won, she embraced him.

“This is so, so exciting,” Campbell said. “I am not going to let the families down.”

Trask, who has served on the Select Board for the past 15 years, said he is “very happy the voters chose to put their trust in me again,” and he thanked all the residents who chose to run in local elections.

“It’s been a steady stream of voters all day long,” Ellsworth said.

Paula Heinz and Deanna Grayton said they always make sure to vote in local elections.

“You have to vote on the local level because if you don’t your voice isn’t heard and candidates you don’t want will get elected and the opposite of your voice will be heard,” Heinz said.

“It is the future of our town,” Kevin Wood said.

Bob Gamer, a Town Meeting Member for Precinct 6, was outside in front of the high school all day holding signs for Doherty and Trask. He said while voting is always important, this election felt especially significant.

“I really think Danvers is at a critical point. We need leadership, and I truly believe Robin and Gardner will provide that,” he said, adding that the town has several issues related to equity and social climate which need to be addressed.

Around 6 p.m., Select Board Candidate Rick Bettencourt said he was excited to see how many folks showed up to vote. At about 8 p.m., 2,840 residents had cast ballots of the town’s 21,422 registered voters.

“It really is just exciting to see people want to get involved with the town. I think it’s awesome,” he said, adding that he spoke with other candidates who were excited to see the turnout.

Town Manager Steve Bartha said he and other town officials were “thrilled” with the turnout.

He added, “My view is that (the decisions voted on in local elections) are a lot more relevant in people’s day-to-day lives than presidential elections. It has a much bigger impact on your home in your community. So turnout is a good.”

“Those who voted early in person appreciated the option in addition to vote by mail and the option to vote on Election Day,” she said in a statement, adding that this was the first time the town had in-person early voting for a local election. “Town Hall was set up with clearly marked one way foot traffic, mandatory masks, social distancing, cleaning of voting booths and marking pens as well as hand sanitizer available on the way in and way out. This is our fourth election since the beginning of COVID last March. All departments as always, stepped up along the way to perfect the process, it’s a true team effort!”