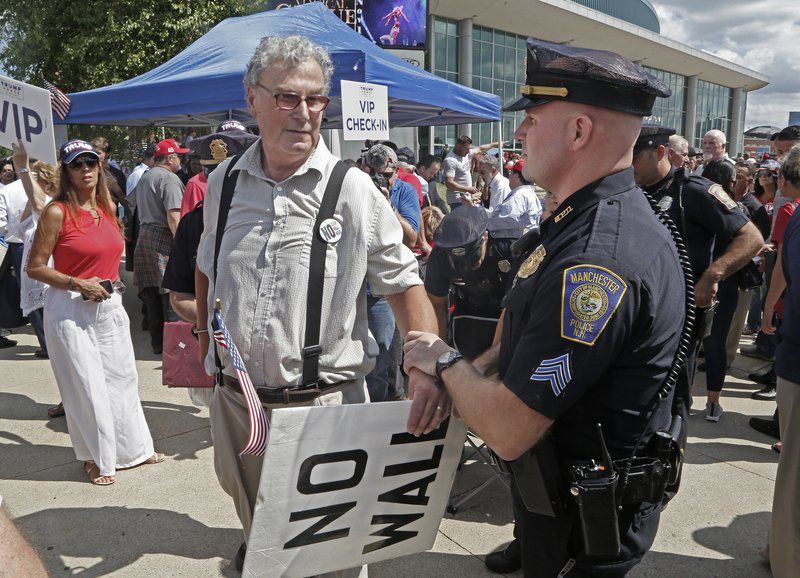 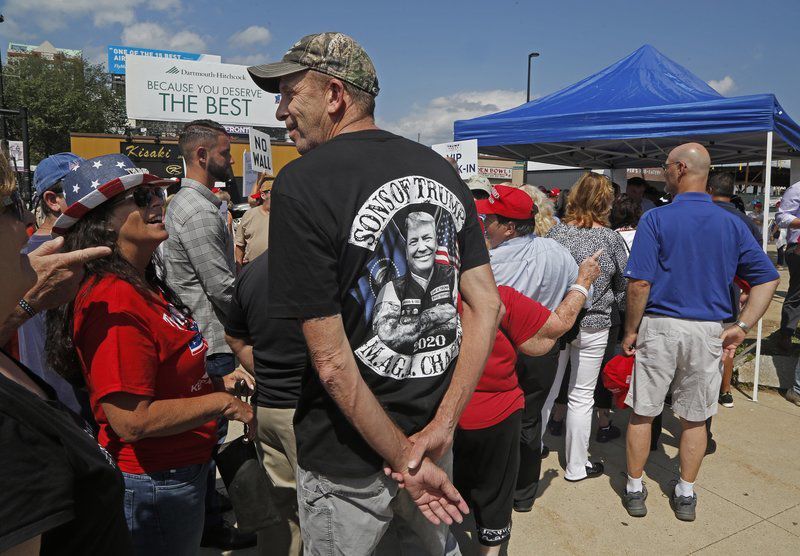 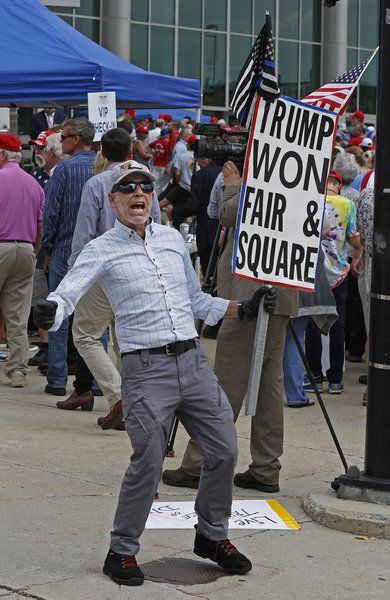 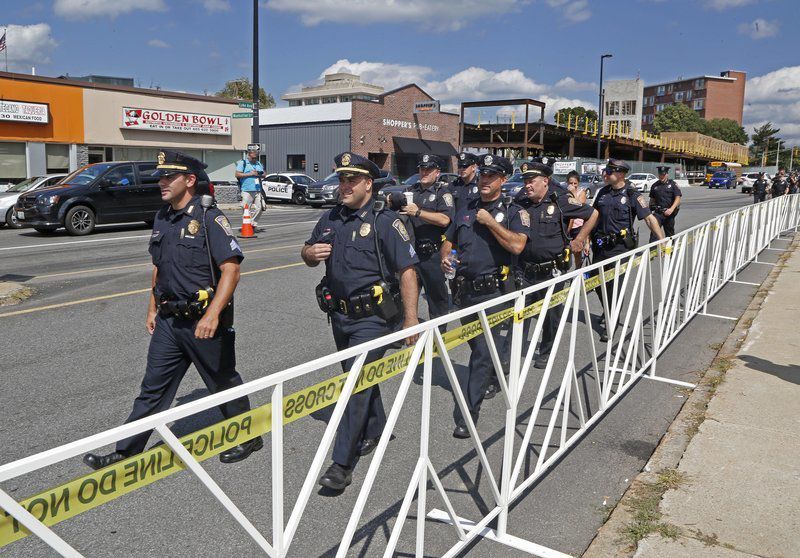 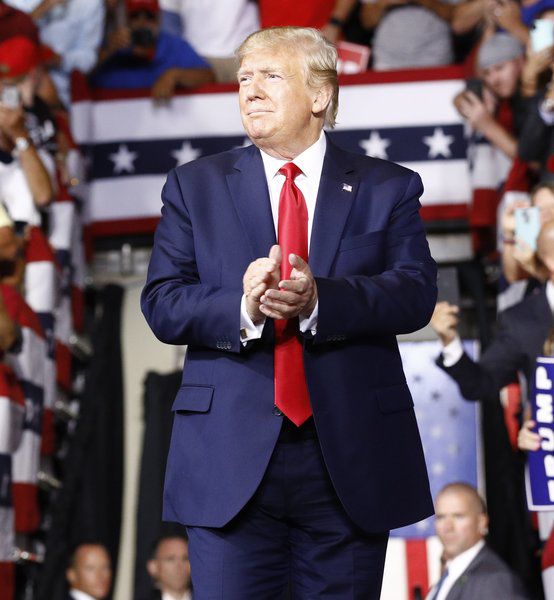 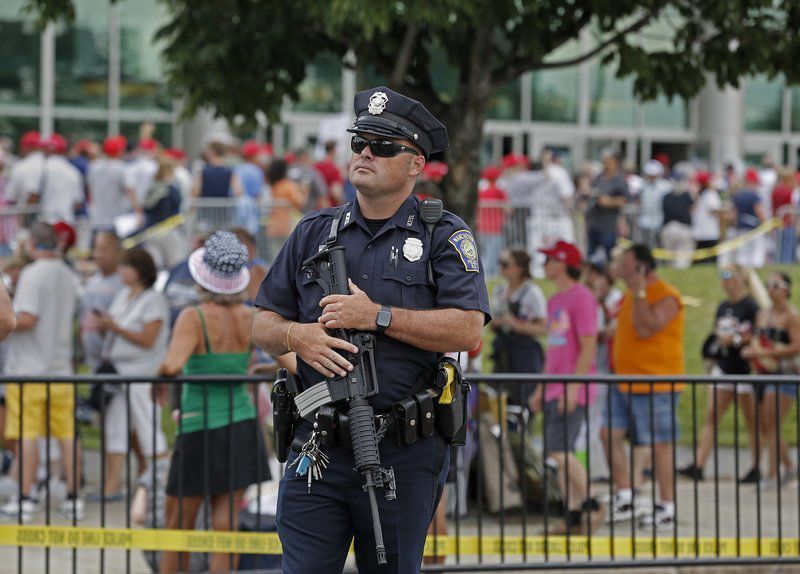 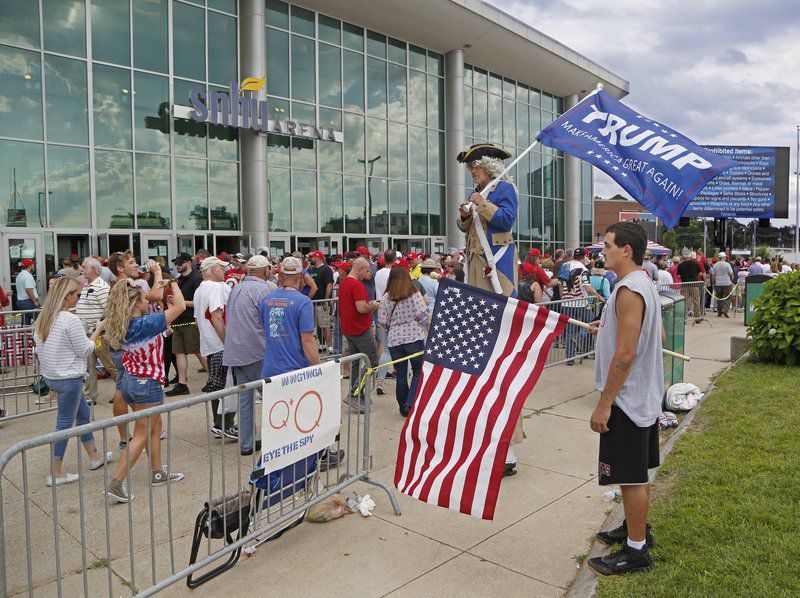 “I honestly believe Trump is going to win New Hampshire,” said state Rep. Al Baldasaro of Londonderry, one of Trump’s New Hampshire campaign co-chairs. “No other candidate is bringing out this many people.”

Baldasaro and his wife Judy stopped to shake hands with supporters outside the arena around 2 p.m.

“I’m happy people are going to get the chance to meet and hear from the president directly, without the media filtering it out,” Judy said.

Some people began lining up to see the president the previous night.

John Earnshaw and his 17-year-old son Jack, both of Methuen, began waiting in line at 11 a.m.

“It’s a cultural experience” for his son, John said.

Jack was excited to see Trump, a president who “doesn’t owe anyone anything,” he said.

When asked if he thinks Trump owed anything to any foreign nation, Jack replied, “I think it’s all lies, it’s all a big joke.”

Dan Igoe of Andover, while waiting in line to see the president, pointed to the economy as one of the reasons he supports Trump.

“I love our president. He’s doing great things for the country and I support him 100%,” he said.

The Rev. Sean Theodore, pastor of Abundant Grace Church in Derry, praised Trump for his support of religious freedom. He noted the conservative judges appointed by Trump.

“We want to stand up for the rights of our Constitution,” Theodore said.

John Kratz, also from Derry, said that he wanted to show his support for the president’s views on the Second Amendment and his support of veterans.

“The best way to enslave the citizens is to take away their guns,” the retired Marine said, alluding to a quote from colonial activist George Mason.

As Kratz and other Trump supporters moved through security and into the arena, protesters gathered.

Former Methuen resident Charleen Sardella, now of Berwick, Maine, said that although she totally supports Trump, she was OK with the protesters.

“Well, this is America,” Sardella said. “We all have a choice, we all have a difference of opinions. And that’s OK.”

Trump protesters also lined the streets, accusing the president of being under foreign influence and breaking the law. One sign read “Trump 2020. 20 for obstruction. 20 for treason.”

Protester Ginny Pickett of Newburyport said she believes that the Trump administration has brought corruption to a whole new level.

“I couldn’t look people in the eye anymore if I didn’t show up here. I’d be a hypocrite,” she said.

She added that if this were 1930s Germany, she didn’t want to be seen as one of the “‘good Germans’ — the ones that didn’t say anything about what was going on.”

She disagrees with nearly every policy of the current president, she said.

Protester Judy Sharkey of Newburyport was standing with her sign, which read “Love makes us stronger.” She hoped to talk with Trump supporters about differences in policy rather than personality.

“One Trump supporter saw my sign and said ‘That’s a lie,’” she said.