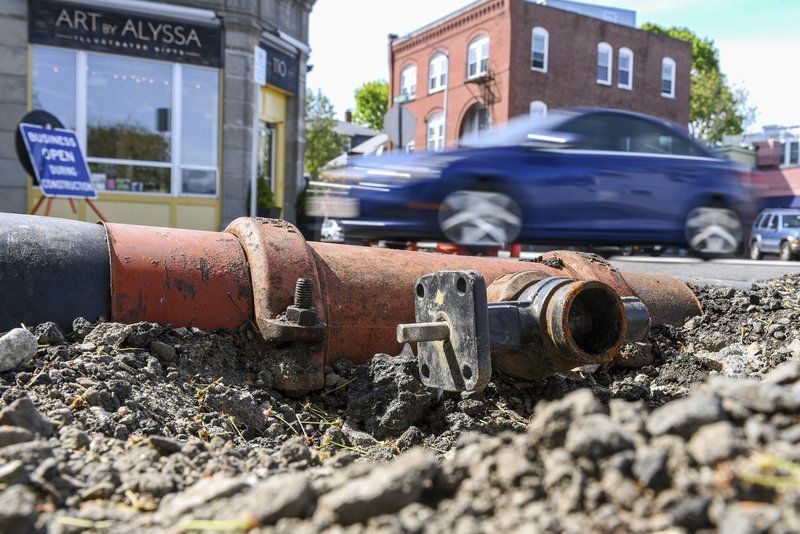 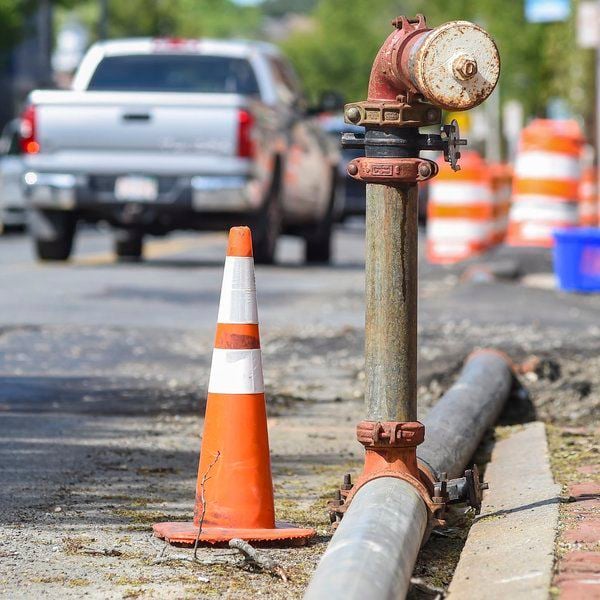 A pipe sticks up from a water main along Cabot Street in Beverly. Work on the underground water mains will require an addition $1.4 million for completion.JAIME CAMPOS/Staff photo 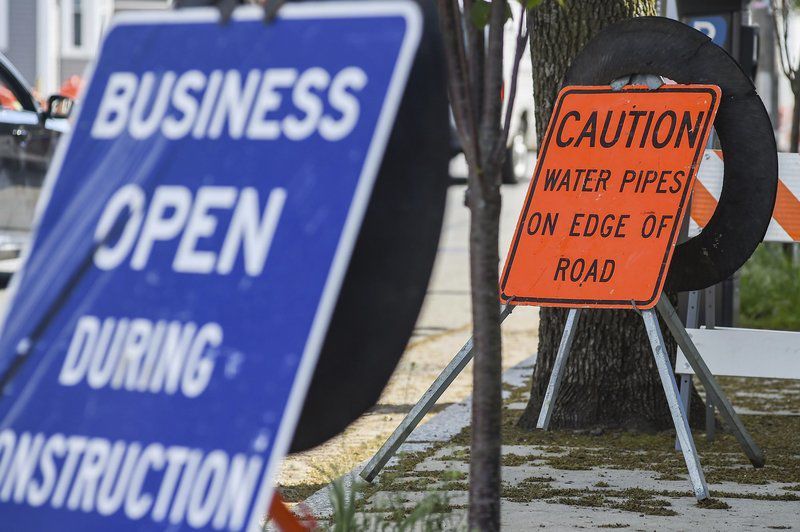 A pipe sticks up from a water main along Cabot Street in Beverly. Work on the underground water mains will require an addition $1.4 million for completion.JAIME CAMPOS/Staff photo

Mike Collins, the city's public services and engineering commissioner, told the City Council Monday night that workers ran into "quite a few surprises" when they dug up the street and that more money is needed to complete the work.

"This is something we are loathe to do," Collins told the councilors. "We don't like to go back to the well for additional funds. (But) we're very confident we'll be able to complete the job within this estimate."

The city originally planned to spend $2.3 million to clean, inspect and re-line existing water main pipes as well as lay new pipes on the downtown section of Cabot Street. In a letter to city councilors, Mayor Mike Cahill said some of the pipes are nearly 100 years old and that the need to replace sections and add valves and gates was "far greater than anticipated."

Cahill said complications also arose from old trolley tracks and cobblestones beneath the street and the fact that the city's older records of the underground infrastructure were not thorough.

The City Council voted 9-0 to approve Cahill's request to borrow $1.4 million to complete the project. The loan would be paid off through the city's water enterprise fund, which is funded by water rates paid by residents and businesses.

Gerry Perry, the City Council's budget analyst, said he was "optimistic" that the extra borrowing would not lead to an increase in the city's combined water and sewer rate.

Collins said the city hopes to complete the bulk of the work in a month.

The water main work is being done in conjunction with an ongoing reconstruction of downtown Cabot Street, including new sidewalks, lighting and "bump outs" designed to slow traffic.

City Councilor Todd Rotondo, who owns Cafe Salerno on Cabot Street, said now is the "perfect time" to get the work done because many businesses are closed due to the coronavirus pandemic.