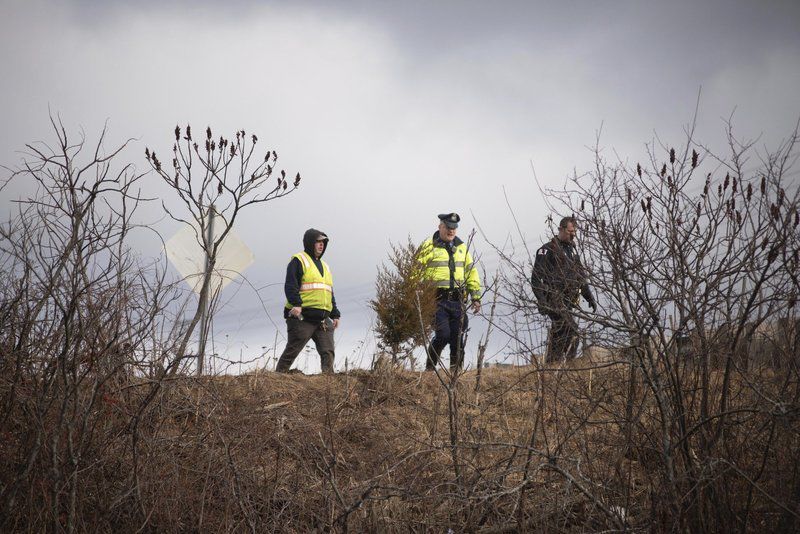 RYAN MCBRIDE/Staff photoEmergency personnel stand at Route 1 in Danvers by Route 62, where police believe an SUV went off the road, down the hill and onto Route 62 Tuesday. 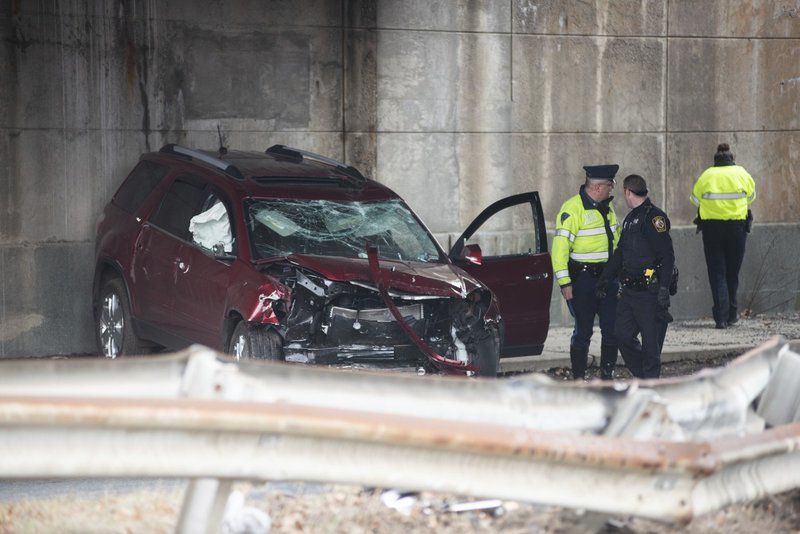 RYAN MCBRIDE/Staff photoEmergency personnel investigate at the Route 1 overpass by Route 62 in Danvers Tuesday, where an SUV reportedly went off Route 1 south.

RYAN MCBRIDE/Staff photoEmergency personnel stand at Route 1 in Danvers by Route 62, where police believe an SUV went off the road, down the hill and onto Route 62 Tuesday.

RYAN MCBRIDE/Staff photoEmergency personnel investigate at the Route 1 overpass by Route 62 in Danvers Tuesday, where an SUV reportedly went off Route 1 south.

DANVERS — A driver suffered life-threatening injuries late Tuesday morning after an SUV went off Route 1 south and landed down on Route 62, according to state police.

The person was taken by ambulance to Lahey Burlington, a state police spokesman said. State police did not have an identity of the victim.

"Preliminary investigation indicates the operator and sole occupant lost control on (Route) 1 south, went off the road, and landed on (Route) 62. Victim transported to Lahey Burlington with life-threatening injuries," said state police on Twitter at 1 p.m. One lane of Route 62 west was closed at the time due to the crash.

State troopers, Danvers police officers and firefighters and two ambulances were on scene shortly after the crash was reported around 11:30 a.m. Tuesday.

Danvers police did not have information about the crash. They said state police is handling the investigation.

The dark red SUV wound up at an angle with its back wheels on the sidewalk of the underpass of Route 62 west, with its back end almost against the wall. Its airbags were deployed and its windshield was shattered but intact. The front of the SUV was crumpled.

The guardrail separating the east and westbound lanes of Route 62 was pushed in by an impact.

After tending to the victim, firefighters from Engine 4, Danvers police and troopers climbed the steep, wooded embankment abutting the bridge, where, at the top, there were a couple of signs and what looked like car parts strewn along the grass at the side of Route 1 southbound.

An earlier tweet by state police said preliminary reports indicate the car may have gone off Route 1 southbound and down a slope toward Route 62.

One lane of traffic was able to get by the accident scene and traffic flowed in both directions.

According to a scanner report, emergency responders had called for a medical helicopter, but it was reportedly unavailable due to weather.

Staff writer Ethan Forman can be reached at 978-338-2534, by email at eforman@salemnews.com or on Twitter at @TannerSalemNews.