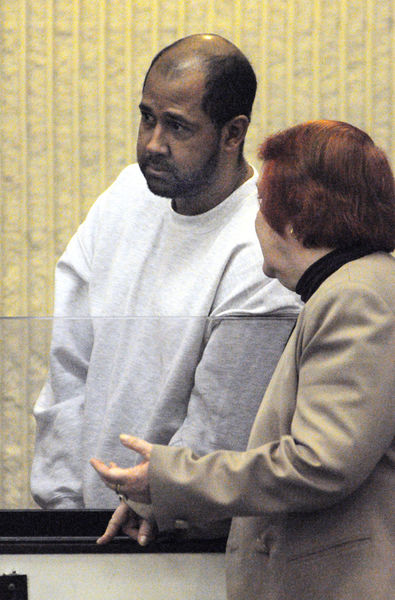 Franklin Castano stands with court interpreter Bonnie Page in Peabody District Court yesterday. He is charged with murder in the shooting death of his 23-year-old girlfriend in Peabody. 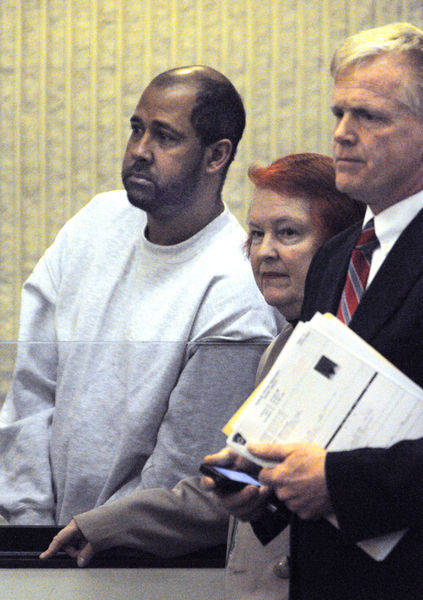 Franklin Castano stands with court interpreter Bonnie Page, center, and defense attorney Mike Phelan, right, in Peabody District Court, where he was charged with murder in the death of his 23-year-old girlfriend. 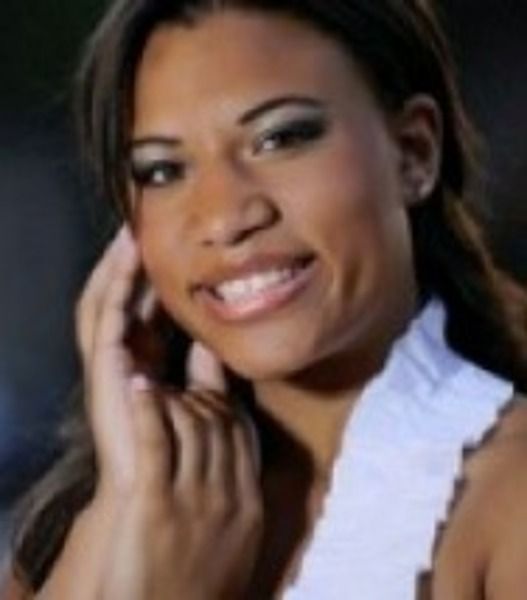 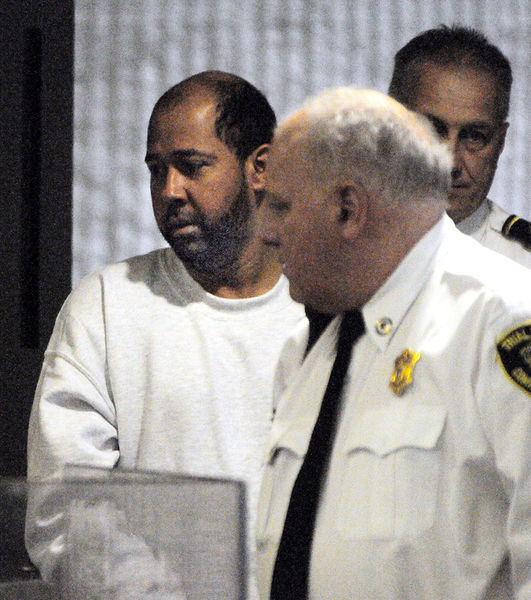 Franklin Castano is brought into Peabody District Court for his arraignment yesterday. He is charged with killing his 23-year-old girlfriend in Peabody.

Franklin Castano stands with court interpreter Bonnie Page in Peabody District Court yesterday. He is charged with murder in the shooting death of his 23-year-old girlfriend in Peabody.

Franklin Castano stands with court interpreter Bonnie Page, center, and defense attorney Mike Phelan, right, in Peabody District Court, where he was charged with murder in the death of his 23-year-old girlfriend.

Franklin Castano is brought into Peabody District Court for his arraignment yesterday. He is charged with killing his 23-year-old girlfriend in Peabody.

PEABODY — On Wednesday, Solanlly Paulino asked the management office at the Eaves Avalon apartment complex on Keys Drive how she could get her boyfriend, Franklin Castano, off of the lease and out of the apartment they had shared since last September.

They were breaking up, she told the employee.

Sometime during the next 24 hours, Paulino was killed, allegedly by Castano, who is charged with murdering her with a 9-mm bullet to the temple, police say. On Thursday morning, police say, Castano showed up at the Lynn police department and told officers he’d killed a woman he described as his “wife.”

It was the tragic end to an apparently stormy relationship that dates to at least 2010, when Paulino was just a couple of years out of high school and Castano, 43, a divorced man who was twice her age and the father of three children, one of them around the same age as the victim. Most recently he had worked installing car stereos and tinting windows.

A not guilty plea was entered on Castano’s behalf yesterday in Peabody District Court. Judge James Barretto agreed to hold Castano without bail, a request made by prosecutor Jessica Strasnick.

Castano’s attorney, Michael Phelan, did not contest the request, saying he wants time to prepare a bail argument. His next scheduled court appearance is March 25.

Family members of Castano and Paulino sat on opposite sides of the courtroom, watching quietly. They declined comment as they left. Paulino’s relatives clung to each other as they walked to their cars.

Paulino, who was once an honors student at Swampscott High School and who served in the Army for a time before attending Salem State University, seemed to have everything going for her.

She was pursuing a degree in social work and early childhood education and had steady work as a nanny, according to her profile on the website Sittercity. She was also pursuing a modeling career, listing herself on a website that promises to help aspiring models and actresses find work.

But time and time again, she returned to Castano, despite at least two instances of domestic violence.

That’s not an uncommon scenario, say domestic violence experts. Nor is the murder of a woman just as she is ready to leave her abuser.

“It is a very dangerous time, and that is why a lot of our work focuses on safety planning,” said Anthony DiPietro, executive director of Salem-based Healing Abuse Working for Change, or HAWC.

According to a police report, Castano showed up at around 9 a.m. Thursday at the Lynn police station with two friends, who said Castano had confessed to them that he’d killed Paulino.

Within minutes, Peabody police arrived at the apartment complex, which is across from the Northshore Mall. Detective Robert Church went to the management office and spoke to the same employee, asking for a key; she told him about her conversation with Paulino.

At the apartment, Church, Sgt. David Bonfanti and Patrolman Richard Cameron immediately noticed the odor of an air freshener. Someone had lighted scented candles and incense, possibly to mask the odor of Paulino’s body.

After looking through several rooms, they spotted Paulino, face down on a love seat, her head covered with a towel and a shell casing on the floor nearby. She had suffered at least one gunshot wound to her right temple.

There were signs of a struggle in the room, described as a dining area and den, including a lamp that was knocked over and what may have been defensive injuries to Paulino’s hand.

They also found a pair of latex gloves and another pair of black leather gloves on a table nearby.

No gun was found.

Castano, who spoke briefly with police but then invoked his right to an attorney, allegedly told officers he’d tossed the gun out the window of Paulino’s 2013 Volkswagen Passat, which he’d used to flee the scene, as he passed the South Congregational Church. The church is just outside the entrance to the apartment complex and also houses a preschool.

Investigators have been searching for a gun since Thursday afternoon.

There was a history of domestic violence in the relationship that frustrated prosecutors.

In December 2010, both Castano and Paulino were charged after a fight over late-night text messages Castano was receiving at the time; a suspicious Paulino tried to follow him, triggering a physical confrontation.

The case was dismissed, however, after both invoked their Fifth Amendment right against self-incrimination and refused to testify.

Then, in 2012, Castano was arrested for threatening Paulino with a machete and a butcher knife, according to court documents. Prosecutors sought to have Castano — who also had a history of domestic violence reports with his ex-wife — held without bail, said Carrie Kimball Monahan, a spokeswoman for the district attorney’s office.

But without the cooperation or testimony of Paulino, Lynn District Court Judge Albert Conlon concluded that while Castano may have posed a danger, he could be released on $500 cash bail with an order that he not abuse Paulino. Monahan said the district attorney’s office requested $5,000 bail after realizing that the judge intended to set bail.

HAWC’s DiPietro said it’s very common for victims to choose not to pursue court cases and return to the abuser.

“It’s unfortunate because there’s still so much shame and stigma around abuse,” said DiPietro. “We can’t blame the victim because they may be coerced or threatened, either by the abuser himself or by societal pressures.”

The case shows how domestic abuse cuts across all levels of income and education, DiPietro said. Paulino had a strong and supportive family and a good education, yet still fell victim.

“No one is immune from finding themselves in this situation,” said DiPietro. “Abusers will use whatever power they have.”

Phelan, Castano’s attorney, said his client was crying and emotional during a brief meeting with the attorney just before his arraignment.

“He broke down in tears,” said Phelan. “He’s very sorry about what happened to Paulino.”

Slaying victim was trying to get boyfriend out of apartment

PEABODY — A Peabody man with a history of domestic violence, including charges he threatened…

A Peabody man has been charged with killing his girlfriend.

Trial of Franklin Castano in Peabody slaying set for March

PEABODY — A trial has been scheduled for March in February’s killing of a woman found shot in the head inside her Peabody apartment.