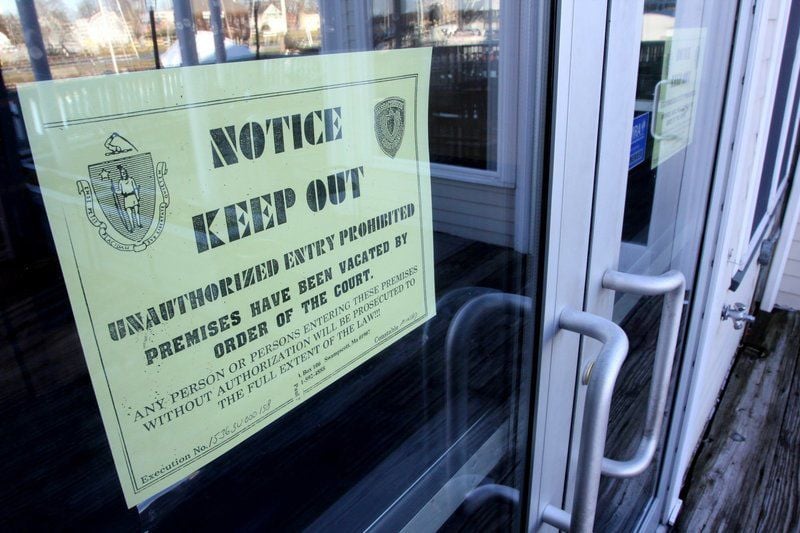 Ken Yuszkus/Staff photo Victoria's Station in Salem was seized by constables and closed. There are signs on the front doors barring people from entering. 12/6/17 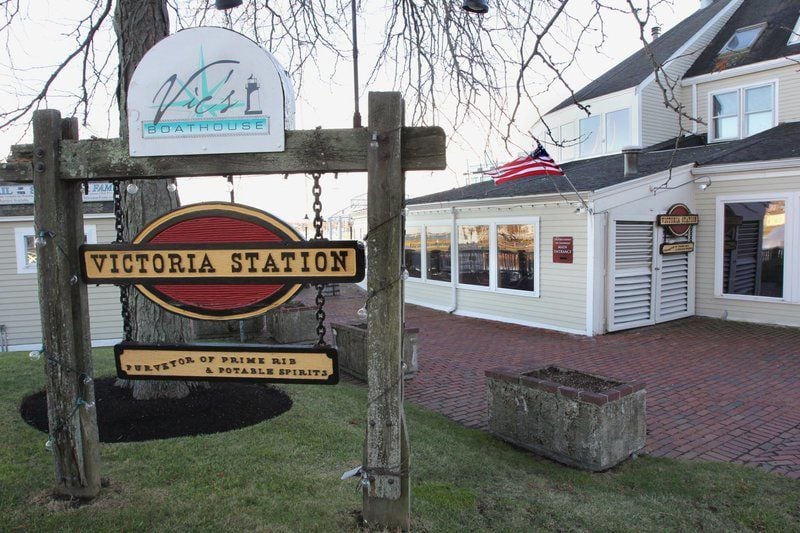 Ken Yuszkus/Staff photo Victoria's Station in Salem was seized by constables and closed. 12/5/17

Ken Yuszkus/Staff photo Victoria's Station in Salem was seized by constables and closed. There are signs on the front doors barring people from entering. 12/6/17

Ken Yuszkus/Staff photo Victoria's Station in Salem was seized by constables and closed. 12/5/17

SALEM — Victoria Station has been shut down by its landlord on Pickering Wharf, a move that has sent Salem Children's Charity scrambling to find a new home for its annual fundraiser and holiday party.

"The lease is up," said Leonard Femino, an attorney representing Victoria Station. "Because of the way things are moving forward, I really can't discuss it. It's in litigation."

Victoria Station came to the city in the 1970s as part of the original Pickering Wharf development. The Salem location was the last remaining of the once famous restaurant chain, according to eatery's website. Femino would not say whether the restaurant owners plan to try to reopen in a different location.

In the court filing that led to a court-approved seizing of the site, Rockett attorney Thomas Egin wrote that Victoria Station, the "tenant" in the documents, knew that the lease was due to end on Nov. 30 and that a new tenant had been tapped to take the space over beginning Dec. 1. Information about the new tenant wasn't available Wednesday.

"Despite assuring the landlord, both directly and through counsel, for weeks, that the tenant would cooperate fully and vacate on or before Nov. 30, 2017, the tenant now refuses to leave," Egan's filing reads.

Victoria Station also owed Rockett rent for October, November, and prior quarterly rent "all totaling a minimum of $56,000. However that can be dealt with at a later time," Egan wrote. "But the landlord does today, respectfully request that the court issue execution for possession to the landlord forthwith to minimize the damage done by the tenant's misleading the landlord for so long that the tenant would honor his contract obligation to leave by Nov. 30."

The seizing of the site creates a problem for the Salem Children's Charity, which has held its annual holiday party at Victoria Station for 23 years. This year's fundraiser is scheduled for 5 p.m. Tuesday, Dec. 12. Last year's event raised upward of $38,000 for Salem children, charity board member Brendan Walsh said.

When given the explanation of what happened to Victoria Station, Walsh said it "makes perfect legal sense. I'm sure that Ebenezer Scrooge would do the same thing."

"For Salem Children's Charity's sake, it's a disaster," Walsh said. "We're scrambling now, and we may yet come up with something."

Members of the charity's board were planning to meet Wednesday night to discuss what to do next.

"They had to know this was taking place," Walsh said of the property owner. "It would seem to me that they had the power to put this off another... let's say another month, which would've gotten the working people at Victoria Station who donate their services on the night of the party, it would've gotten them through the holidays."

The restaurant was empty Wednesday, with yellow "KEEP OUT" signs taped to its main doorways. A fully decorated Christmas tree inside could be seen through its windows, and several deck lights hanging above outdoor seating turned on automatically sometime around 3 p.m.

The news came to a shock to several Victoria Station regulars, many of whom walked past the property Wednesday and stopped to look at the court order notices. Among them was Salem resident Maureen Geary, who said she has been going there for a couple years, and as recently as last week.

"I was chagrinned. I was like, 'Oh my God,'" Geary said. "What am I going to do about my root beer steak tips?"

SALEM — Christmas is coming for the Salem Children's Charity after all.