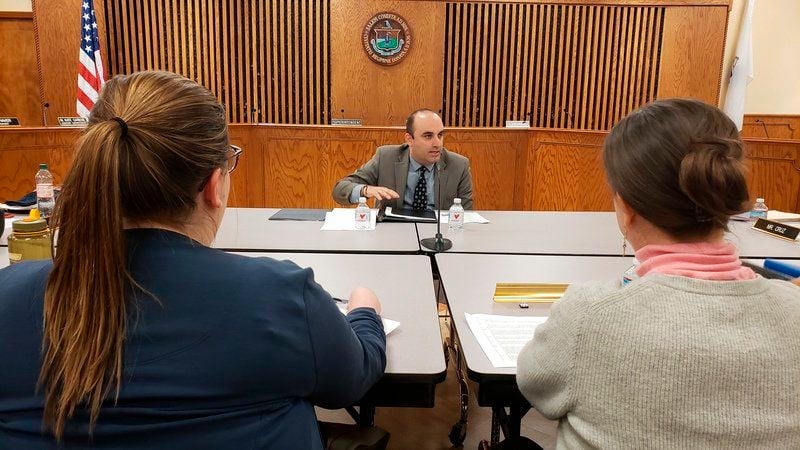 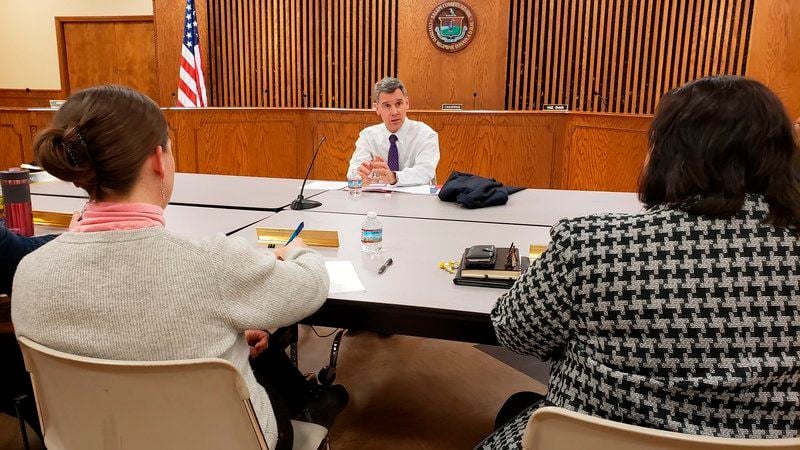 SALEM — The final interviews have wrapped up. Now, decision day has arrived.

The School Committee will meet at 5:30 p.m. Thursday to vote on its next superintendent. Committee members held the final two interviews Wednesday night with finalists Ben Lummis from Brookline and Stephen Zrike from Holyoke.

The back-to-back interviews of Lummis and Zrike showed two often-times similar paths for the district's future, but with a key difference. Lummis, interviewed first, focused on his skills as a team builder.

"Just to be frank, I think I'm a lot of what you're looking for. I'm a team builder. That's how I do things," Lummis said. "When you work together and you know people well, you come up with the best solutions."

Zrike, meanwhile, pressed his commitment to be a long-term leader while describing Salem's size as the ideal level of work for him.

"I'm at a different stage in my career where I want to go deeply in work. This is a community who's poised to do really impactful things," he said. "The will to be better is what drives me to want to be here."

The two interviews were also diametrically opposed in how they used time. Lummis, like Lourenco Garcia during his interview Monday, needed occasional reminders on time when his answers were running long. In Zrike's case, however, several of the questions saw committee members asking follow-ups, a clear departure from past interviews where candidates got 13 identical questions with no deviation and a final personalized one, and very rare follow-ups along the way.

Zrike, in his closing question, was asked to detail his turnaround efforts in Holyoke as a receiver and what he's learned from them.

"I have never seen poverty like I've seen in Holyoke, and it has given me another perspective. Parents feel uncomfortable going to the schools," Zrike said. "I've learned a lot about bringing the schools to them, in places they feel safe."

After saying he saw a lot of the same gap between the Salem school district and its families, Zrike pressed for more pride and joy in work and easing off on change, as it creates fatigue.

"I've learned a lot in Holyoke about how important it is to make sure people feel like there's joy in what they do — a purpose, a why," he said. "In Holyoke, at times, we've pushed too much. There's fatigue. They're tired."

In his interview, Lummis spoke of Salem "asking the right questions" and "doing the right work" on improving the district.

"You've gotta get the right person who will help build a sense of commonality," he said. "If school principals, for example, feel that they can get different messages and different priorities from different School Committee members, ... that affects principal retention."

Later, when asked a personal question about team-building, Lummis pointed to three students who had just sat in the audience moments earlier.

"These guys here for example... they typically can do much more than we expect of them, and it depends on whether we ask them to do that," Lummis said. "If I can be a part of supporting, leading these folks to set their sights themselves and therefore set their sights for their students even higher, and improve... how they do that together, that's the right work."

Ben Lummis (bit.ly/SalSuperLummis): Lummis comes from the Public Schools of Brookline, where he has served as interim superintendent since last August. He was the district’s special assistant for strategy and performance before that, going back to 2015. He also served as vice president of professional development at EF Education First in Cambridge, and he worked with the National Center on Time and Learning in Boston from 2005 to 2014. He has a master’s degree in teaching from Tufts University and a bachelor’s in philosophy from the University of Michigan.

Stephen Zrike (bit.ly/SalSuperZrike): Zrike’s career has taken him mostly around Massachusetts with a stint in Chicago, where he was chief of elementary schools for the Chicago public schools from 2011 to 2013. His receivership in Holyoke came via an appointment by the state’s Commissioner of Education in July 2015. He also served two years as superintendent in Wakefield and was a turnaround principal in Boston public schools toward the end of six years in the city. He has separate master’s and doctorate degrees in administration, planning and social policy from Harvard University’s Graduate School of Education. He also has a bachelor’s in history from Dartmouth.