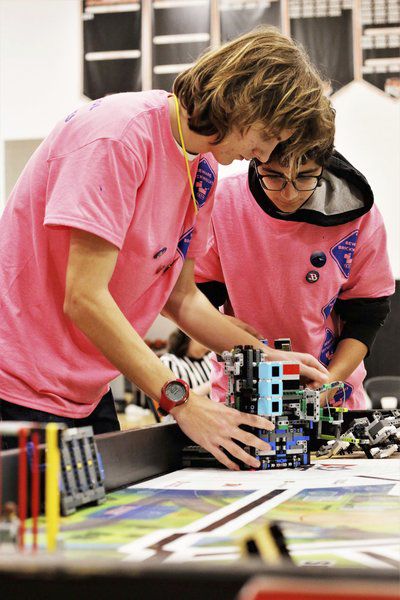 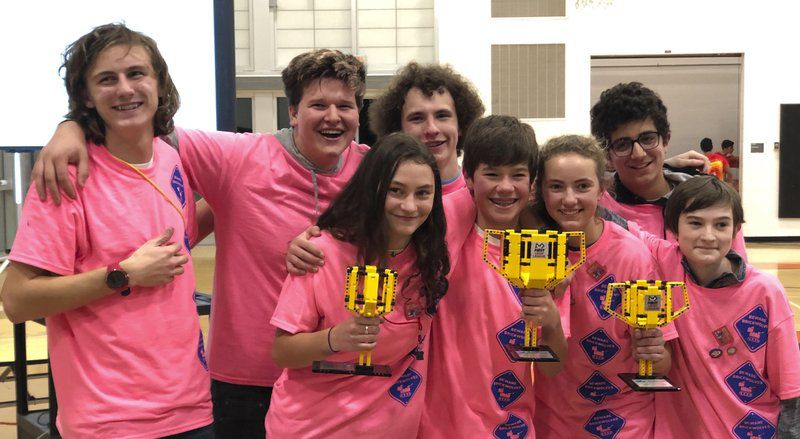 Waring School in Beverly is a private school for grades 6-12. The school's robotics team, called the Brickwolves, work hard throughout the year to compete in the First Lego League, a global competition that celebrates robotics and STEM.

This is the second year the Waring team has qualified for the world championship. This year, the team won the league's Eastern Massachusetts championship and scored 600 points — a new global record.

“To the best of our knowledge and to the best of the event organizer’s knowledge we scored the top two or three scores in the world,” said Owen Cooper, a ninth-grader at Waring and member of the Brickwolves. “It was really awesome to see how much we had gotten better from last year and how cool it was that we were actually able to score 600 points at a competition.”

Brickwolves coach and Waring high school physics teacher Francis Schaeffer also talked about the preparations and hard work that the students put into preparing for this competition. He said the team never stopped working after last year’s competitions. Students were dedicated and devoted a lot of time — including much of their vacation time — to learning and collaborating.

“We just kept meeting and learning new techniques,” said Schaeffer. “Then when the official challenges were released on Aug. 1, we just dove right into it. So, one of the ways we prepared for this season was by never stopping from last year and keeping going as a team.”

Schaeffer expressed a lot of pride in the team, especially with the level of maturity the students displayed at the competitions.

“The happiest part of the competition for me was just standing at a distance and watching them interact with other people and explain their own work and listen to other people’s questions and just engage with people around this shared passion,” said Schaeffer. “It shows you kids can really rise to a really mature place if you let them develop their own expertise and let them interact with adults.”

Despite the competitions taking a lot of time and hard work, the Brickwolves also find time to create programs that help the community. One example of this is their partnership with Centerville Elementary School in Beverly.

This month, Waring will run a 10-week Introduction to Robotics program at Centerville Elementary. This program is free and will offer hands-on learning that helps to cultivate a love of STEM.

Centerville Elementary Principal Julie Smith said the school is grateful for the opportunity to learn from Waring's students, who are excited about the work they are doing.

“This excitement is infectious and it gives our elementary students an opportunity to see that excitement and use their coding skills in another way," Smith said.

The world championship competition will be held April 28 to May 2 in Detroit, Michigan.

“I hope people know that we don’t just build things right away and that they just work,” said Olive Sauder, Waring ninth-grader and a member of the Brickwolves. “It takes a lot of time and a lot of different iterations. Right now, we are reworking our whole robot game in order to try to get the maximum points to beat our world record that we set. It takes a lot of graphic prototyping and breaking things up and putting them back together.”