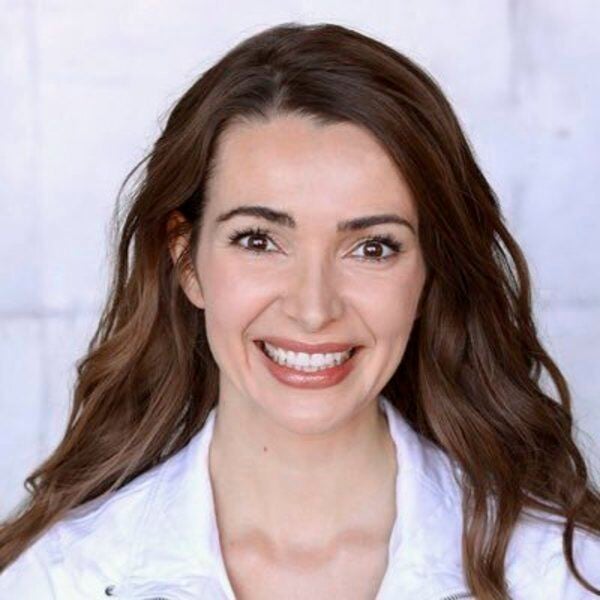 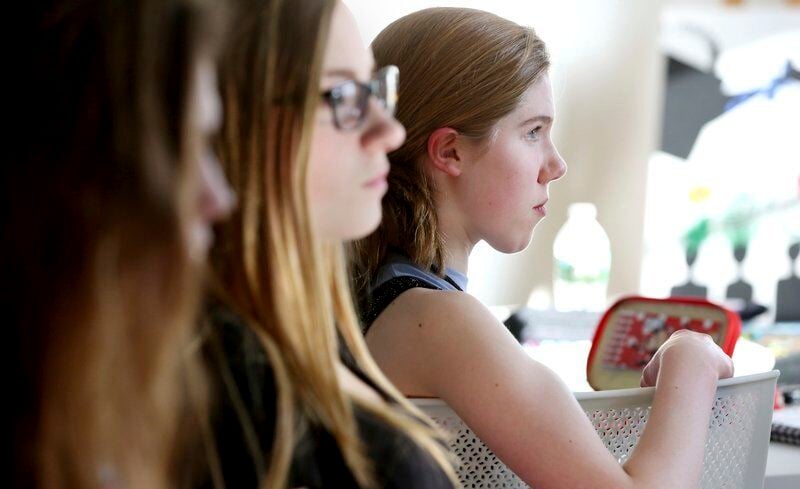 KEN YUSZKUS/Staff file photoIn this 2017 file photo, Ellie Beriau, of Georgetown, far right, shadows students at The Academy at Penguin Hall during the school day. The all girls school is launching a new leadership training program this fall.

KEN YUSZKUS/Staff file photoIn this 2017 file photo, Ellie Beriau, of Georgetown, far right, shadows students at The Academy at Penguin Hall during the school day. The all girls school is launching a new leadership training program this fall.

The school even turned one of its classrooms into a boardroom for students, "so they won't be intimidated by it," said Molly Martins, the school's founder and president.

"We were looking for a partner in helping us to grow our leadership program at APH," said Martins.

That's when they learned about Julie Carrier.

Carrier, a leadership coach and consultant who has appeared on MTV's "Made" and is the author of "BeYOUtiful," a book on self-confidence, is the creator and lead developer of "The Leadership Course." Carrier's background also includes work for the United Nations Foundation's "Girl Up" program.

Martins reached out to Carrier.

She was looking for a school to "pilot" "The Leadership Course."

"It was a little bit of kismet," said Martins. "It was just a natural fit that we came together."

The school is the first on the North Shore to offer the four-year program, which will be built into the curriculum.

Besides classroom sessions, there will be a speaker series featuring women in leadership roles from throughout the United States, as well as internship opportunities.

Self-confidence is the key to leadership, said Martins.

Studies have shown that when a student has that self-confidence and awareness of her strengths and weaknesses, she is far more able to become a successful leader.

But as studies have repeatedly shown, girls' self-confidence drops significantly in adolescence.

Counteracting that has been one of the school's guiding principles.

“We are intentionally developing the next generation of women CEOs, entrepreneurs, social activists and government and business leaders based on what research shows us will make the most significant impact on the trajectory of a young woman's life,” said Martins.

"That is again why this is so wonderful," she said.

The program was developed and is advised by professors from Harvard, West Point, Duke, Tufts, and Northwestern.

“We would not expect a student taking a literature class to automatically know algebra," Carrier said in a press release. "The same is true for leadership. These skills must be taught, and taught the right way.”