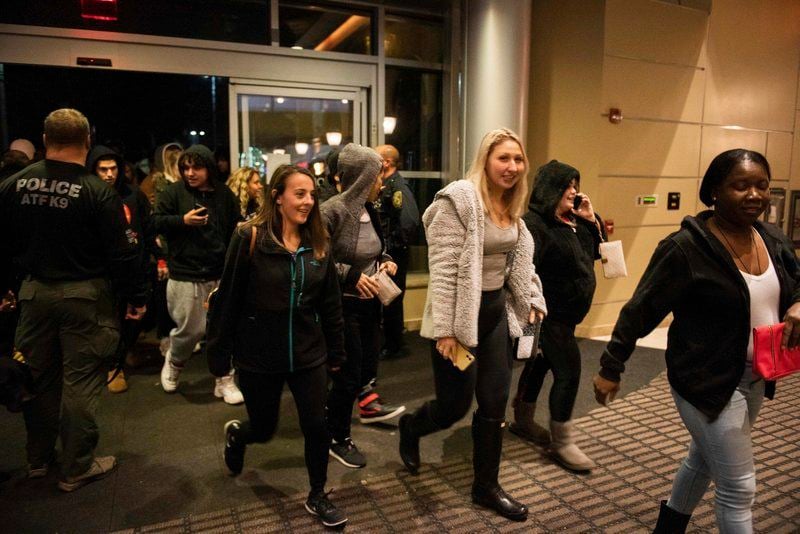 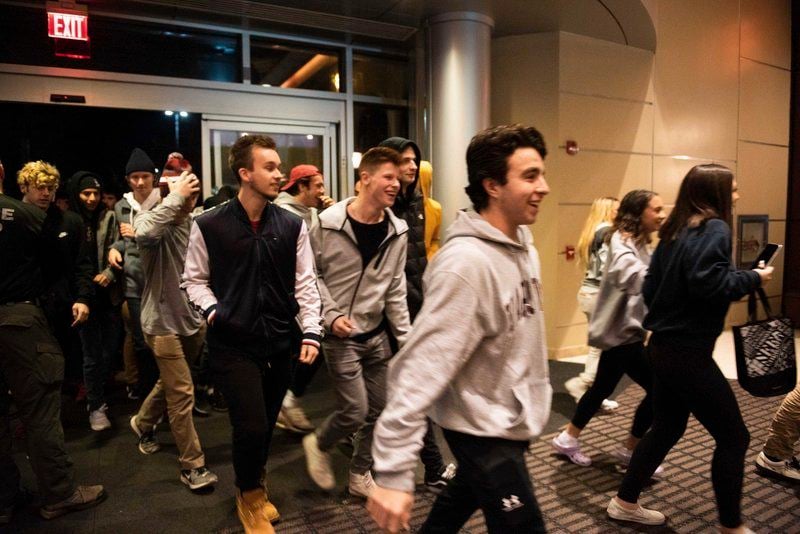 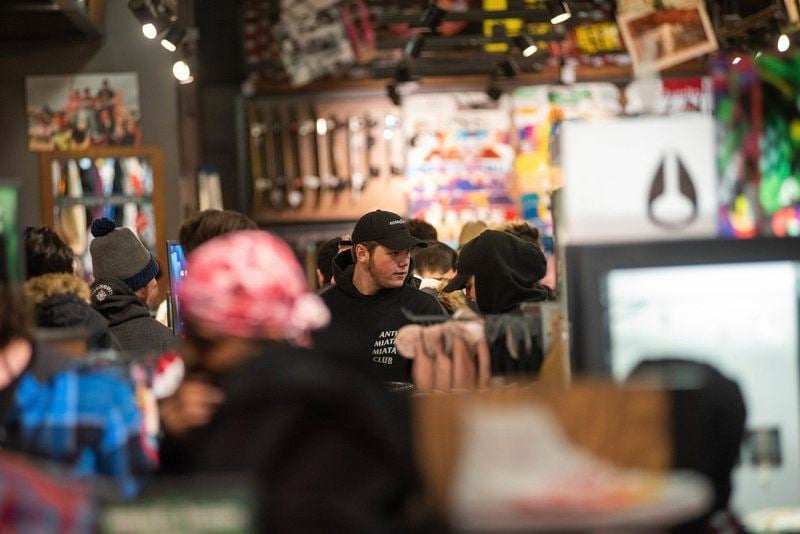 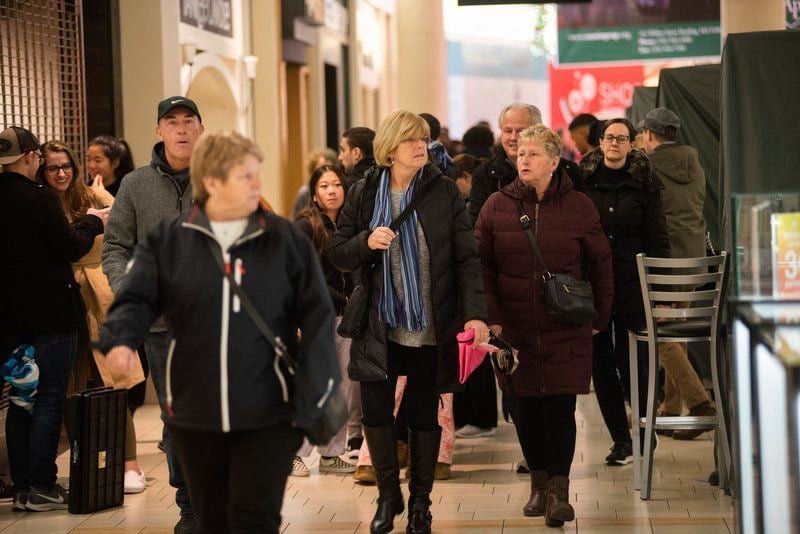 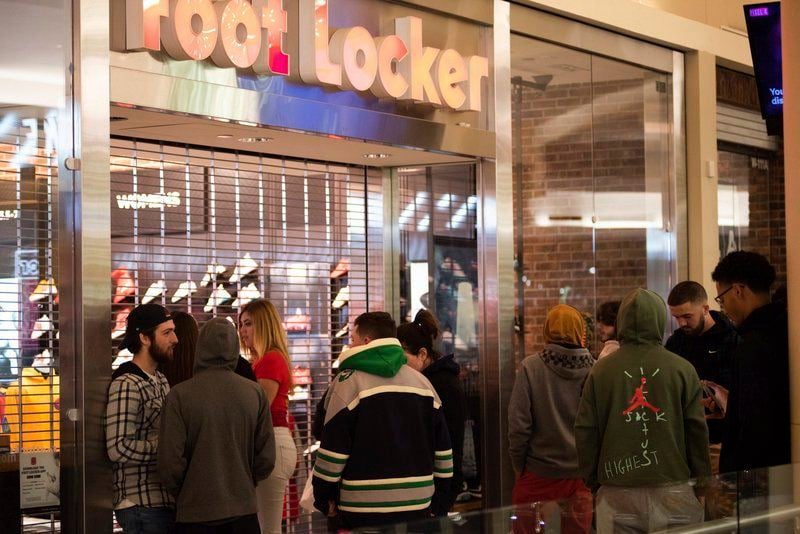 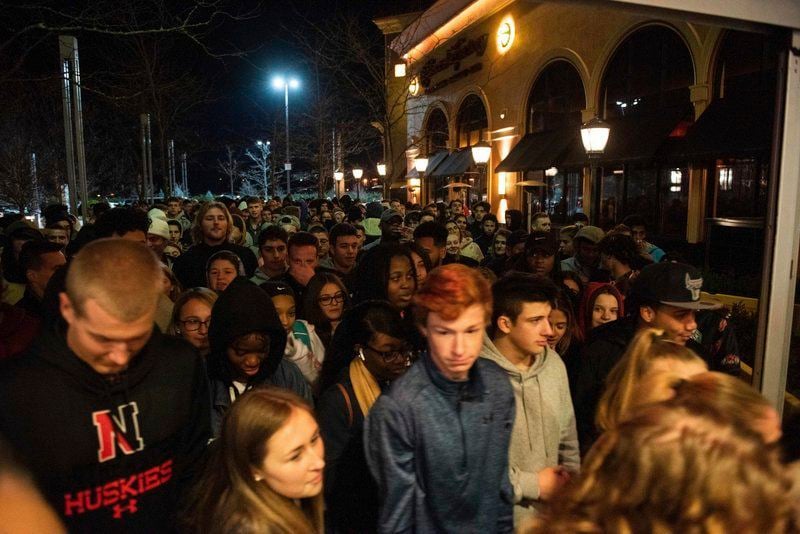 PEABODY — When the Northshore Mall opened its doors just after midnight on Black Friday, a loud, boisterous younger crowd had already piled up in the bitter cold at the entrance between the Cheesecake Factory and the Bancroft & Co. restaurant.

In minutes, the crowd had built from just a few people milling about to hundreds cheering for the doors to open at 12:01 a.m.

With a police K-9 officer standing by, young people streamed out of their cars and crowded in front of the entrance.

There were no incidents as the doors opened and the crowd poured in, with people quickly lining up at shops like clothing and apparel retailer Tillys, which opened its doors at 12:30 a.m.

"I think it was pretty successful," said Lauren Dalis, the area director of marketing for Simon Property Group, just after the mall opened. "We are still filtering some people in. We have a definitely young crowd this year, much like last year. And now we have a whole lot of shoppers just waiting for their favorite stores to open ... It's kind of cool to have a new generation that is shopping brick and mortar. Clearly, they want to come to the mall."

"I have to say that, luckily, that we have not had one single operational issue," he said.

Gone from the midnight crowd were moms seeking deals on toys. The young crowd was indicative of a survey by the National Retail Federation, whose President and CEO Matthew Shay said in a statement that 88% of those ages 18 to 24 are likely to shop Thanksgiving weekend and to enjoy the social aspect.

Dylan Arnold, 17, of Revere, said it's the people that brought him out to the mall in the middle of the night.

"We're shopping, we're hanging out, we're doing everything," he said.

"Just to get some good, cheap clothes, to be honest, and try to stay safe, too," he said.

The National Retail Federation survey said that 70% of young shoppers would be seeking deals on clothing, followed by 38% for personal care items and 31% for jewelry. Although Ipswich High sophomore Sam Pinsky, 16, said he was out just to hang out with friends.

With just 26 days between Black Friday and Christmas this year — the shortest window between these two major holidays in the past six years — some Bay State retailers have expressed concern.

But Jon Hurst, president of the Retailers Association of Massachusetts, thinks people are going to shop, no matter how much time there is between Thanksgiving and Christmas.

"The positive thing is that the consumer, whether it has been a good economy or a bad economy, they are still coming," said Hurst, who lives in Beverly.

Whiting said mall foot traffic on Friday appeared to be on par, or even slightly better, than last year. He attributes the great turnout to the weather, which peaked at a sunny 40 degrees around 11 a.m.

The construction happening at the mall, he said, has added another level of excitement. A new fitness club, Life Time, is under construction near where Sears used to be, and the mall is still adding to its Promenade — an outdoor restaurant row with performance space.

"Of course it effects our shoppers, no doubt about it," said Whiting. "Some people are attracted to it and are curious. A lot of people have brought their kids to watch the equipment up there."

Whiting was most concerned about providing shoppers with an additional 175 parking spots and a new entrance just past Legal Sea Foods in time for Black Friday.

These two projects were completed on time, he said.

Around noon, Whiting noticed a transition as younger shoppers headed home and parents arrived to be "a part of the Black Friday promotional frenzy."

He pointed out two women weaving in and out of oncoming foot traffic, one carrying two Build-A-Bear boxes while the other had a box and her handbag.

“This is a perfect example," exclaimed Whiting. "She has got a handbag, but she would probably be carrying one more Build-A-Bear. That is what it is about, finding something for your kids and a lot of it is tradition."

For Peabody resident Persephone Santos and her daughter Kristina Santos, 25, going to the Peabody mall on Black Friday has become something of a tradition.

"We have been doing it for years, since I was in middle school," Kristina Santos said.

"Even if we aren't looking for something, we find something," her mother said.

After taking a quick trip home to pick up Kristina's 2-year-old son, Dimitri, the family returned around 11:30 a.m. to see a special visitor from the North Pole.

"Santa," exclaimed Dimitri, pointing to a winter wonderland set up in the lower level of the mall.

Peabody firefighter Michael Dewan came out to the mall on Black Friday for the people, but not for the shopping.

Dewan and firefighter Michael Coleman stood behind a booth raising money for the Muscular Dystrophy Association.

"As crazy as Black Friday can be, you see people with smiles on their faces and are willing to donate," Dewan said. "Even if they are just walking by and saying: 'Hello,' 'Merry Christmas,' or 'Have a nice day!' it is a good day."