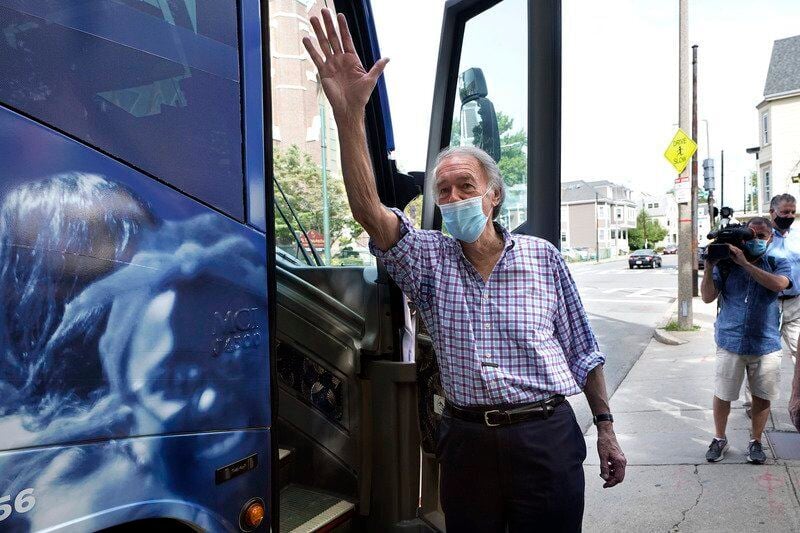 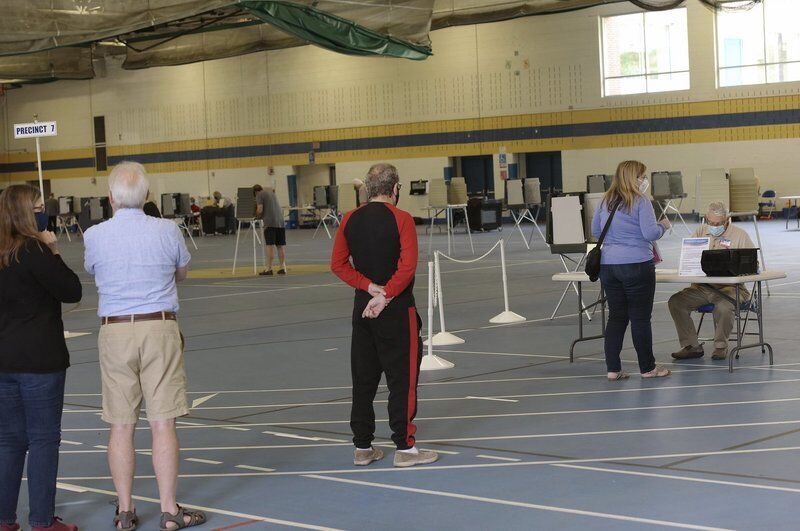 TIM JEAN/Staff photosAndover residents wait in line to pick up their ballots before voting in the Richard J. Collins Field House at Andover High School during the state primary. 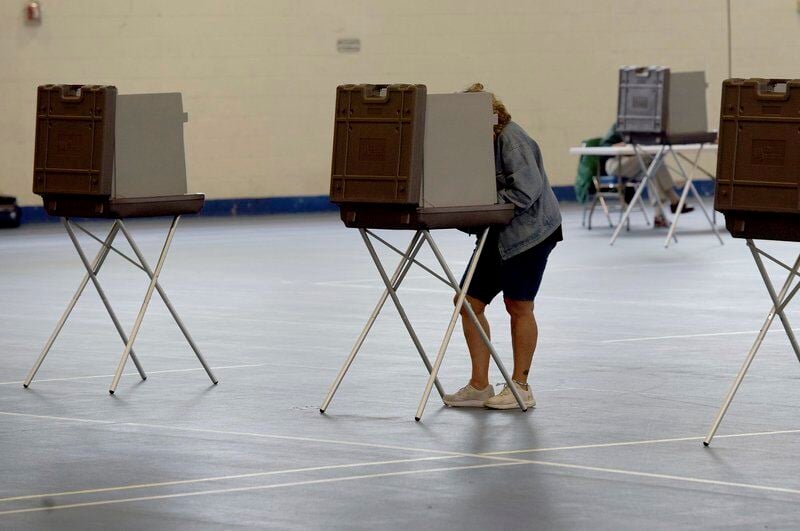 An Andover resident fills out a ballot before voting at Andover High School during the state primary.

TIM JEAN/Staff photosAndover residents wait in line to pick up their ballots before voting in the Richard J. Collins Field House at Andover High School during the state primary.

An Andover resident fills out a ballot before voting at Andover High School during the state primary.

BOSTON — Sen. Ed Markey edged out Rep. Joe Kennedy III Tuesday night in the Democratic U.S. Senate primary, pushing back a formidable challenge from a scion of the state’s most storied political family.

Kennedy called Markey before the race was called Tuesday night to concede the race, according to Markey’s campaign.

With about 39% of precincts counted at 10:30 p.m., the incumbent Markey led Kennedy with nearly 55% of the vote, according to preliminary results. Speaking to a gathering of reporters outside the Malden Library late Tuesday night, Markey thanked his family, campaign staff and supporters.

“This campaign has always been about the young people of this country,” he said. “You are our future and thank you for believing in me, because I believe in you.”

Markey, 74, who was first elected to Congress in 1976, has campaigned on his years of experience in Washington. He argued that his younger challenger lacks a legislative record.

The Malden Democrat has touted endorsements from environmental groups and liberal lawmakers, including U.S. Rep. Alexandria Ocasio-Cortez, a darling of progressive Democrats with whom he partnered on the Green New Deal proposal, to stress his progressive chops.

Most members of the state’s all-Democrat congressional delegation, including Sen. Elizabeth Warren, lined up behind Markey’s reelection bid.

Kennedy, 39, of Newton, is a grandson of Robert F. Kennedy. He launched his campaign a year ago and immediately entered the race with a polling lead and built-in name recognition.

While the two were similar on many key policies, Kennedy had tried to frame his challenge to the popular incumbent as a generational distinction more than an ideological one.

“It was difficult between us at times. Good elections often get heated,” Kennedy told supporters gathered in Watertown on Tuesday. “But I am grateful for the debates, for his commitment to our commonwealth, and for the energy and enthusiasm he brought to this race.”

With the congressman’s loss, he becomes the first Kennedy not to win a congressional race in Massachusetts. The state’s voters elected John F. Kennedy five times to Congress before he was elected president in 1960. Edward Kennedy was elected to the Senate in 1962 and served multiple terms before he died in 2009.

Both contenders largely kept pace with each other in the money race. Political committees have spent millions of dollars on campaign ads to support both sides.

In other races, incumbent U.S. Rep. Seth Moulton, D-Salem, easily defeated two Topsfield Democrats, Jamie Belsito and Angus McQuilken to win a fourth term in Congress. Rep. Richard Neal, D-Springfield, easily fought back a challenge from fellow Democrat and Holyoke Mayor Alex Morse to win a 17th term in Congress, dealing a blow to progressives who fought to unseat him.

Amid lingering concerns about the COVID-19 pandemic, Secretary of State Bill Galvin was predicting a record number of ballots to be cast in Tuesday’s primary.

More than 850,000 ballots were cast by mail and during a five-day early voting period even before the polls opened on Tuesday morning.

Galvin said he expects up to 1.3 million ballots overall to be cast, which would be a “historic” turnout for a state primary. The exact turnout wasn’t available Tuesday night.