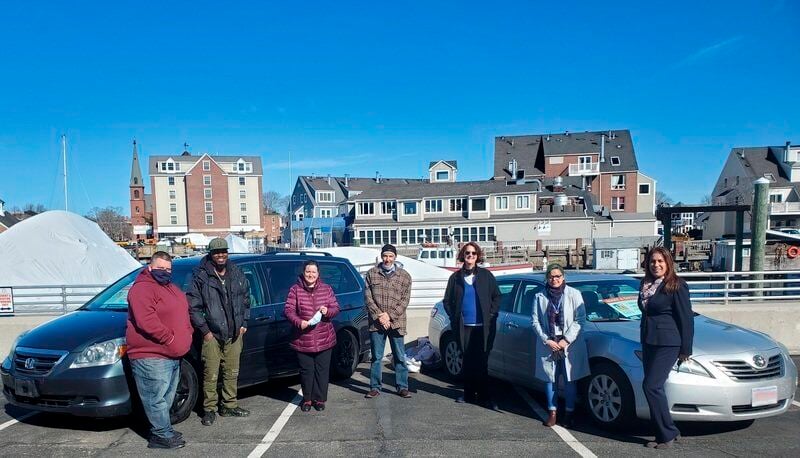 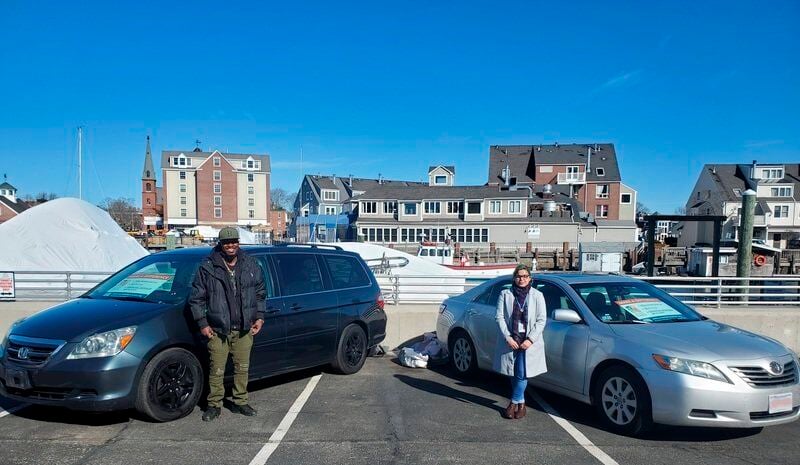 Courtesy photoTroy Armstrong, left, stands next to his 2006 Honda Odyssey, along with Madelyn Franco next to her 2009 Toyota Camry hybrid. They both received vehicles under a new partnership program between Metro Credit Union, Second Chance Cars and North Shore Community Health.

Courtesy photoTroy Armstrong, left, stands next to his 2006 Honda Odyssey, along with Madelyn Franco next to her 2009 Toyota Camry hybrid. They both received vehicles under a new partnership program between Metro Credit Union, Second Chance Cars and North Shore Community Health.

SALEM — Troy Armstrong, who was recently released from prison and is now in a carpenter apprenticeship program, and Madelyn Franco, who works as a medical assistant for a local health clinic, both had the same problem — they didn't have a car to get back and forth to work.

But now they do, thanks to a new partnership between Metro Credit Union and Second Chance Cars, which has also just begun a pilot program with North Shore Community Health, based in Salem.

The credit union announced Wednesday it is working with the nonprofit organization to provide refurbished, affordable used cars to low-income veterans and people reentering society from prison, so they are better able to compete for living-wage jobs.

The car recipients are also provided with affordable financing opportunities and individual counseling sessions with a financial adviser, via Metro Credit Union.

In the same vein, Second Chance Cars — which was founded in 2018 and serves Eastern Massachusetts — has a similar program with North Shore Community Health to support health care worker employment.

So on Wednesday morning, representatives from the three partner organizations gathered outside North Shore Community Health on Congress Street with Armstrong and Franco — the first recipients of the program — to unveil their new wheels.

Armstrong works at Home Depot and is also part of the North Atlantic State Carpenters Union Apprenticeship Program. Franco, who is originally from the Dominican Republic, was relying on public transportation to get up to the Peabody Family Health Center for work after she lost her original vehicle due to family circumstances. In the fall, she plans to go back to school for her nursing degree. She also occasionally covers shifts at the main clinic in Salem.

Second Chance Cars says it works with social services agencies and nonprofits to select “car-ready” candidates, and also works with a network of vocational schools and automotive specialists who refurbish donated vehicles.

Recipients of the refurbished cars then pay an affordable $900 for their cars via a zero-interest, one-year loan.

Metro Credit Union operates 14 branches in the Boston area, including in Peabody, Salem and Lynn.

In addition to the family health centers in Salem and Peabody, North Shore Community Health also operates one in Gloucester, and school health centers at Salem High and Peabody Veterans Memorial High School, as well as providing behavioral health care on-site at four other Salem schools.