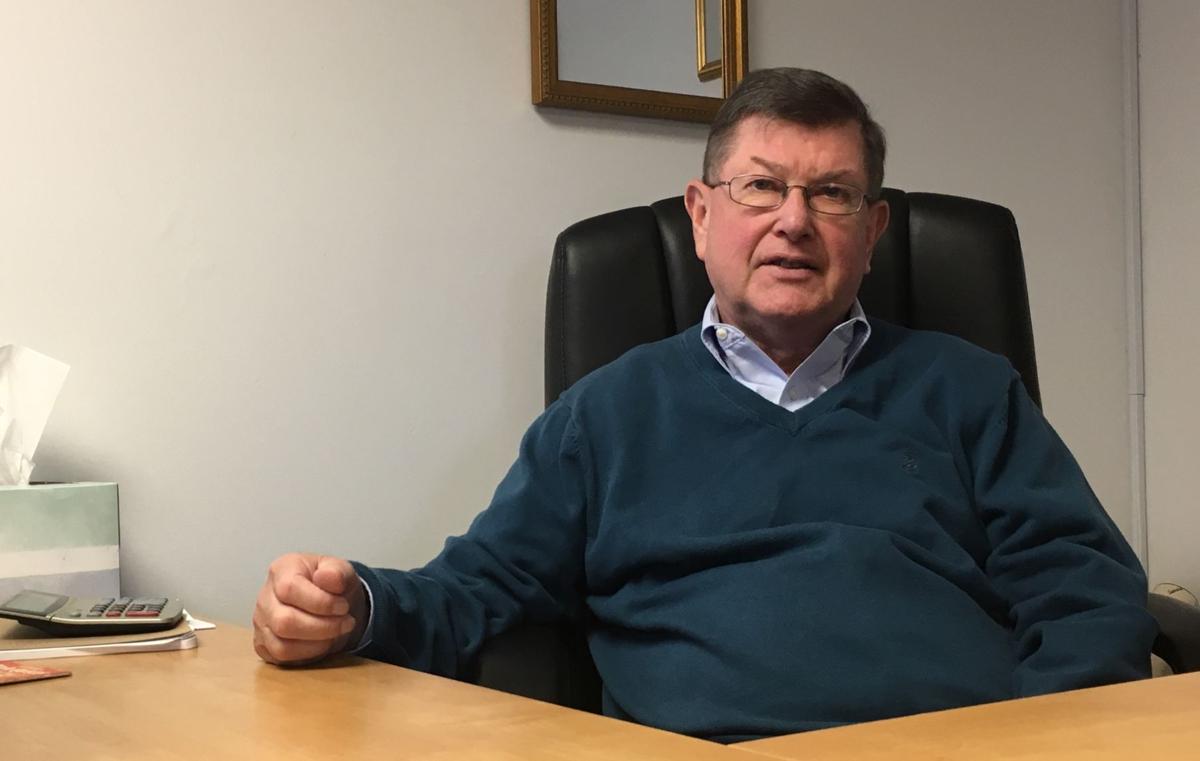 It's tough to prove treason, says Daniel Bennett, a Danvers selectman. A former member of the Republican State Committee who is now unenrolled, Bennett said he is fearful that Trump will make the same mistake that Nixon did “by obstructing justice.” 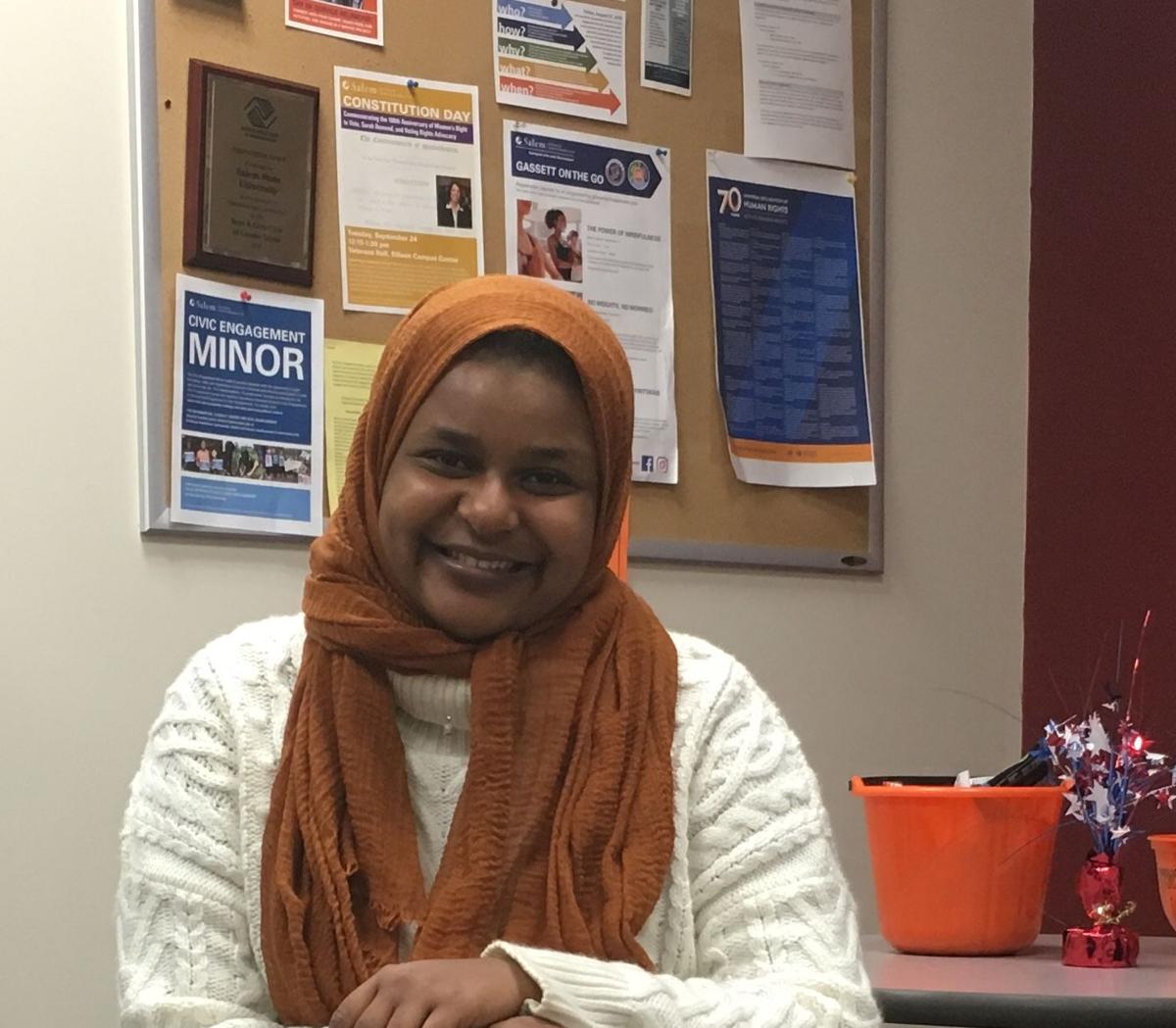 The cost of higher education is a major issue for Salem State University senior Sabrina Mohamed, 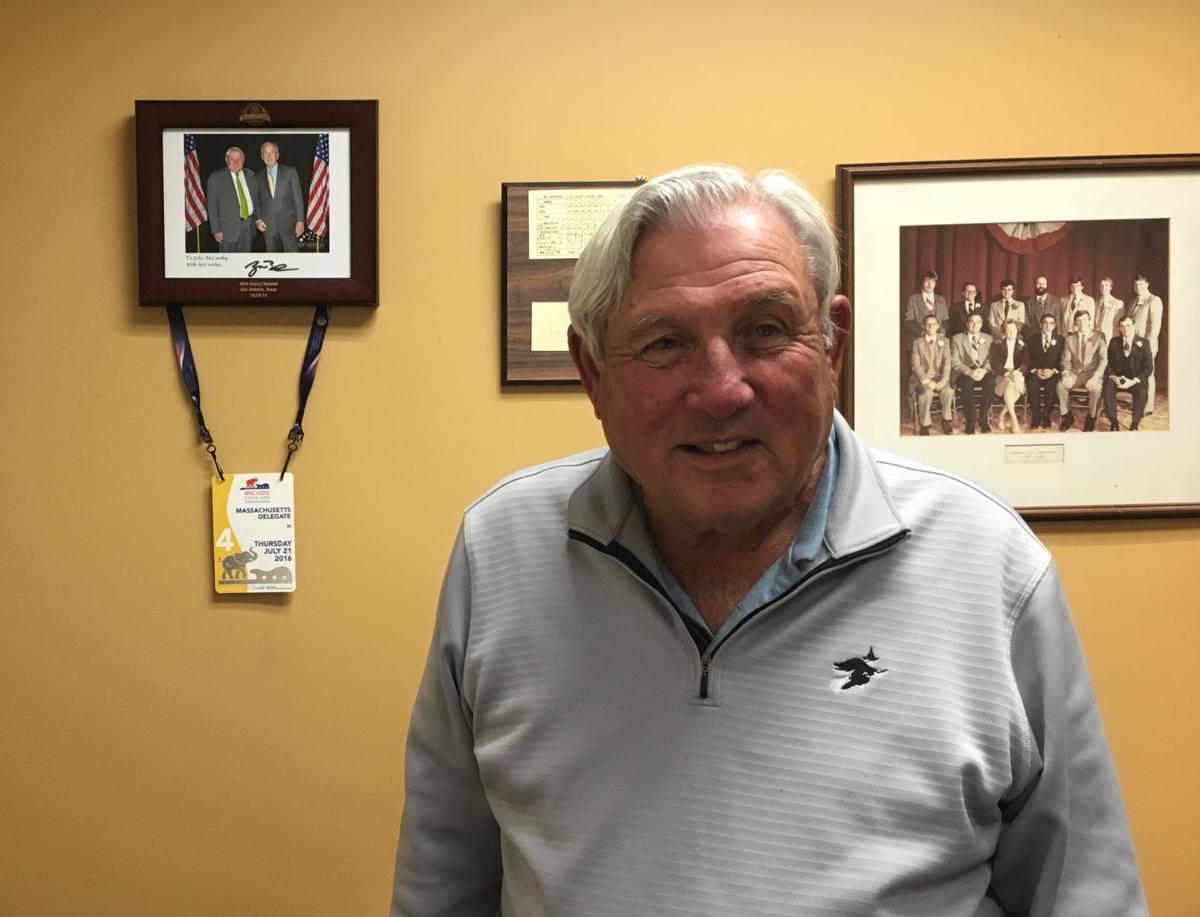 It's tough to prove treason, says Daniel Bennett, a Danvers selectman. A former member of the Republican State Committee who is now unenrolled, Bennett said he is fearful that Trump will make the same mistake that Nixon did “by obstructing justice.”

The cost of higher education is a major issue for Salem State University senior Sabrina Mohamed,

In late October, the House of Representatives voted 232-196 to move forward with the Democratic-led impeachment inquiry against President Donald Trump.

Trump is accused of withholding U.S. military aid to Ukraine in exchange for investigations into Democrats and political rival Joe Biden’s family.

As impeachment proceedings continue to unfold, North Shore residents are keeping a close eye on Trump and those who are vying for his seat in the Oval Office.

“To prove treason is a tough issue for any president,” said Daniel Bennett, 70, a Danvers selectman. “It does become political, which it shouldn’t be. But it is a political process of one party against the other.”

A former member of the Danvers Republican Town Committee who is now unenrolled, Bennett is fearful that Trump will make the same mistake that Nixon did “by obstructing justice.”

“He needs to be more cooperative and more respectful to the process and our Constitution,” said Bennett. “And he is not going to do that.”

“They are just going after him, they don’t have any crimes,” said McCarthy, 71. “They may not like the way that he acts, but that is not a bar for impeachment.”

Although Salem State University sophomore Meghan DeVeau won’t be voting for Trump in the upcoming elections, she sees the focus on impeachment to be a waste of time.

“I feel as though it is an attempt to get him out of office even though everyone knows that it isn’t going to work,” said Deveau, 19, of Amesbury. “That effort could be put anywhere else.”

Republican State Committeewoman Ann Richard of Beverly sees Trump as “a man who wants to do good for the country.”

“I think [impeachment] is the worst thing for the country,” said Richard, 81. “It is causing division within parties and within the people.”

Out of the 22 people running for president, 19 are Democrats and two are Republicans, in addition to Trump.

Marsha Finkelstein of Salem called the upcoming election “the most important election of our lives 2.0.”

“Whoever is the next president is going to have clean up this horrible horrible mess,” said Finkelstein, 63, a Democrat.

Although McCarthy thinks Trump will win in 2020, he said he hopes that the Democratic presidential nominee is Sen. Elizabeth Warren, because “with her radical agenda and her multi-trillion dollar giveaways, there is not enough money in the world for all the stuff that she wants to give away.

“I think that they’ll have easy pickings with her,” continued McCarthy.

DeVeau wants U.S. Sen. Cory Booker, D-New Jersey, to get the nomination, but she doesn’t think her dream is realistic.

“Realistically, I see it either going to Warren or Biden because they are so well known,” said DeVeau. “It is gong to run to one of the two who are basically on every billboard.”

Finkelstein is looking to the Iowa Democratic Caucus to identify who the front runners are.

“Whoever is strong in Iowa is going to set the tone,” she said. “In terms of support, resources, and momentum... those three things seem to be what can propel a candidate further along.”

Whether voters are looking for a change in the weather or the completion of a southern border wall, the political climate is heated over which issues should take priority.

Many say climate change should be more of a focus in the 2020 election.

“There is not enough being talked about regarding climate change,” said Bennett. “That is our biggest problem for humanity and we need people to start recognizing that and putting forth a plan to combat that.”

McCarthy, however, thinks the focus should be on how Trump has helped the U.S. economy.

“We have the cleanest economy on the planet,” said McCarthy. “If you want to talk about climate change and pollution, talk to India, talk to China, talk to South Korea, talk to Thailand.”

“We’ve got the lowest unemployment in 50 years,” said McCarthy. “This economy is doing well and they don’t want to talk about it.”

There’s also the cost of higher education. Salem State University senior Sabrina Mohamed, 21, of Boston, believes that students graduating from college are being set up for failure due to the surplus of loans that they have to take out in order to afford an education.

“A degree should be our pathway into a more successful or easier future,” said Mohamed, a Democrat. “But it seems that due to the debt that we have accumulated it will be hindering us.”

Richard is focused on the people, pointing to the pro-life agenda and tax-funded abortion issues like Title X, which provides federal funding for family planning and preventative health services, as topics that the candidates need to address.

“I see the country is losing beautiful babies where they have the opportunity to adopt and have other choices,” said Richard. “To go to Planned Parenthood is not the answer, because we have homes where they can take care of them and everything.”

When it comes down to Election Day on Nov. 3, 2020 it will all be about policy for DeVeau.

Staff writer Taylor Ann Bradford can be reached at 978-338-2527 or tbradford@northofboston.com.

Editor's note: This article has been updated since its original publication. Daniel Bennett is a former member of the Danvers Republican Town Committee.

VIDEO: Pulse of the Voters - Students talk about impeachment