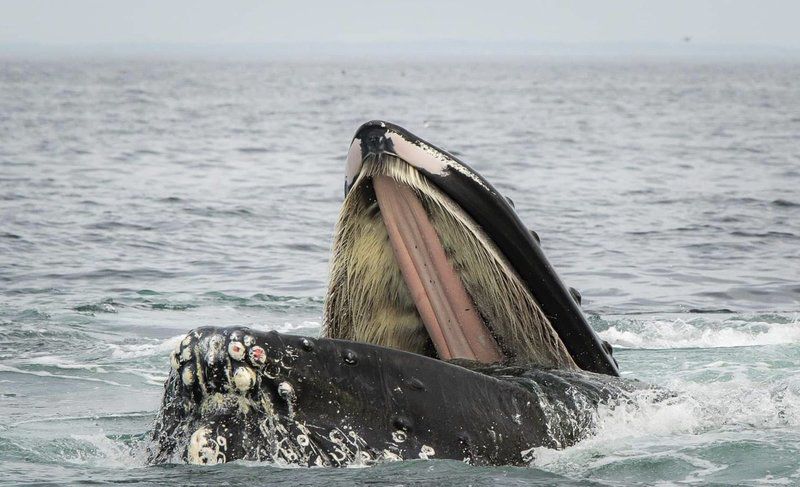 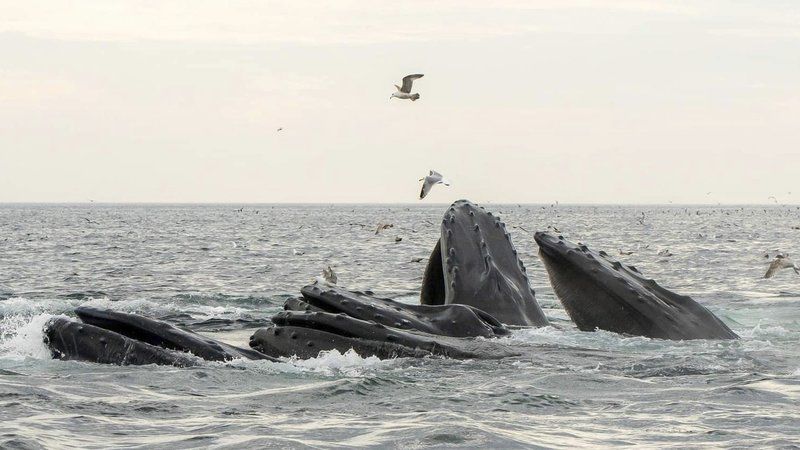 The waters were calm and cool when the boat made its way out to Stellwagen Bank.

As the vessel broke through the frigid waves, the passengers on the research trip looked out at sea to observe not one, not two, but roughly 100 humpback whales. About 30 were identified as tracked individuals, including Venom and a calf.

"We traveled to Stellwagen Bank, for miles we could see humpback whales feeding when arrived," Capt. Bill & Sons Whale Watch posted on its Facebook page.

As the passengers watched the whales, they saw a variety of behaviors including bubble and kick feeding, snaking, and dragging.

"Some whales were rolling on their sides or belly up," the post continued.

Whales were not the only thing these voyagers observed on Memorial Day weekend. Also spotted were two fin whales, dozens of minke whales, and hundreds of Atlantic white-sided dolphins along with gulls, shearwaters, and terns.

"It was a gorgeous morning on the water, we are looking forward to more trips with our favorite whales this summer," the post concluded.

In years past, the opportunity to see the Atlantic Ocean's marine life has been accessible to anyone who can get their hands on a ticket. But now during the novel coronavirus pandemic, whale watching tour agencies are limited in the services they can provide.

Sightseeing businesses, which include bus tours, duck tours, harbor cruises, and whale watching, will be allowed to reopen in the third phase of the state's reopening plan, according to Mass.gov.

Private charters — six passengers or fewer — are allowed, as of Monday, May 25.

"It killed us," Capt. Bill & Sons' Bill Muniz said about how the pandemic has impacted his business. "I lost a lot of charters."

The research trip Muniz and others staff members took this past weekend was a "trial run" to see what type of whales were out at sea and what it would look like to bring guests along on a different experience.

"We are laying the ground work," Muniz said.

Other local captains seem to be in the same boat.

"We are anxious to get going," said Paul Frontierro, the founding owner and captain of 7 Seas Whale Watch, 63 Rogers St.

His company has been landlocked for almost two months now as the state's restrictions do not make it financially feasible for the 108-foot Privateer IV to go out.

"We usually take 149 passengers out at a time," said Frontierro, explaining that only taking ten people would not cover the cost of expenses.

While its bigger boats are docked until the state enters stage three of Gov. Charlie Baker's reopening plan, Cape Ann Whale Watch, 415 Main St., has been offering private charters for groups of six.

As Cape Ann Whale Watch's smaller, 35-foot boat, Lady D, takes small groups out to sea, Douglass is preparing for the day that he can share the whales with many more.

"We have got all the protocols in place," he said, explaining that staff are putting in plexiglass, creating cleaning routines for the boats, and installing hand sanitizers all around the boats and landing areas.

Although Cape Ann Whale Watch is not able to offer the bigger boat experience and there have been a number of cancellations, Douglass said that he has seen a steady flow of new reservations being made for future trips.

"People really want to get out here and see the whales," he said.