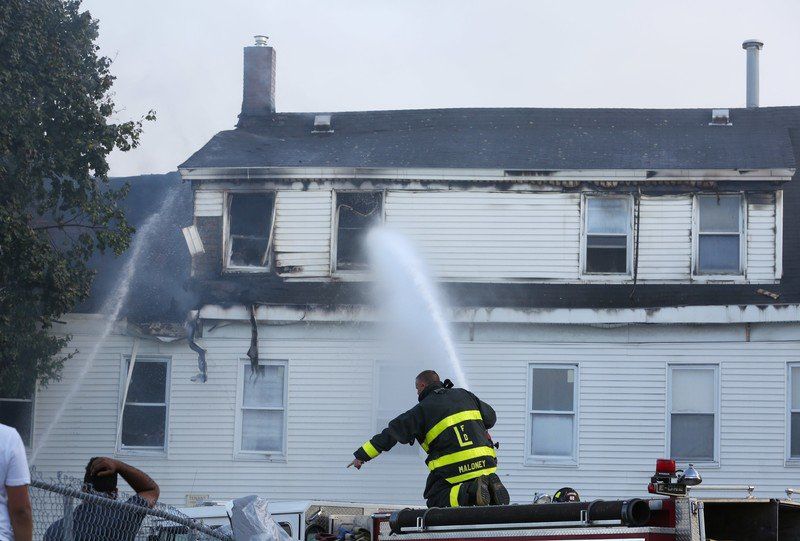 File photoA firefighter sprays water on 6-12 Springfield St., Lawrence, which burned as a result of a surge in gas pressure in the Merrimack Valley on Sept. 13, 2018. The former residents of the complex have filed an objection to the class action lawsuit filed on their behalf, saying the proposed, $143 million settlement is inadequate for the physical and emotional damage sustained by the 4,000 people affected by the catastrophe. 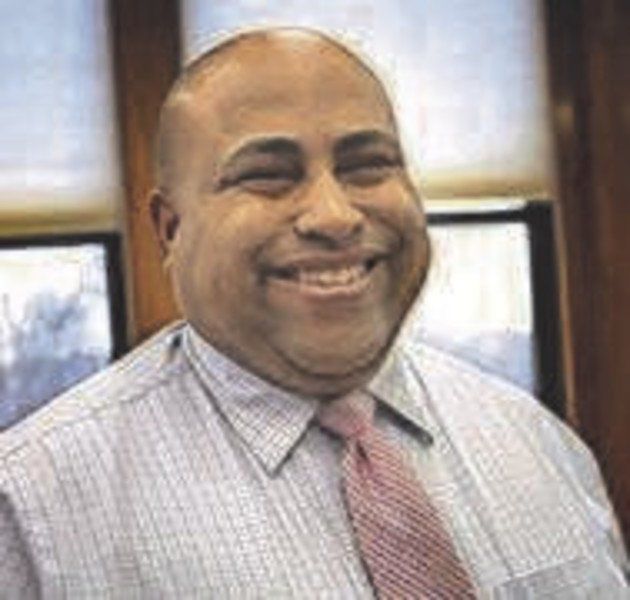 File photoA firefighter sprays water on 6-12 Springfield St., Lawrence, which burned as a result of a surge in gas pressure in the Merrimack Valley on Sept. 13, 2018. The former residents of the complex have filed an objection to the class action lawsuit filed on their behalf, saying the proposed, $143 million settlement is inadequate for the physical and emotional damage sustained by the 4,000 people affected by the catastrophe.

LAWRENCE — Daniel Rivera is known around the area as the mayor of one of the biggest cities in the Merrimack Valley.

He’s known in his hometown as being a friendly and accessible elected official.

But in the case of a class action lawsuit against Columbia Gas, he just wants to be known as Daniel Rivera, of 1 Thomas Road, Lawrence.

Rivera’s home is in the area affected by the Sept. 13, 2018 gas disaster and, as such, he is automatically a “Class Member” of the lawsuit.

What that means is that if Rivera, the mayor of Lawrence, files paperwork with the court and agrees to “opt-in” to any settlement, he will likely get a check for anywhere from $50 for minor damage to his home up to $15,000 for major damage.

But, Rivera said in a letter to the settlement administrator, he doesn’t want anything.

In fact, he said, the settlement should be nullified.

“I am of the opinion that the settlement terms are unfair and unreasonable,” he said in a letter dated Nov. 9. The deadline to file objections to the class action suit with the settlement administrator, Superior Court Judge James Lang, was Dec. 10, 2019.

The reason Rivera objects to the suit, he said, is that the attorneys’ fees proposed as part of the settlement are too high, the time frame to apply for compensation under the settlement is too short, and the claims process is too complicated.

He isn’t the only one objecting to the proposed settlement.

A group of residents who formerly lived in a multi-family at 6-12 Springfield St. filed an objection to the settlement, saying they suffered mental and physical distress when their apartment building burned in the disaster.

They are being represented by D’Angelo Law Group of North Andover. In their objection, signed by attorneys Stephen D’Angelo and Matthew Andrade, the residents said the class action suit should be “denied or decertified” for a number of reasons, including the fact that the amounts being offered are not enough.

The objection complaint also asked the judge to convert the approval hearing, scheduled for February, to a status hearing.

John Roddy of the law firm Morgan & Morgan, which is one of three law firms involved in the class action suit, said in an emailed statement Thursday afternoon that the proposed agreement is fair and equitable.

“The settlement provides the most money to those most severely affected, whether resident or business,” he said. “We are continuing our town halls through the end of January to help class members file claims. And to assist as many people as possible, (on Wednesday) we asked the court for a three-week extension to the claims submission deadline. That money will go into the communities in March if the settlement is approved, almost record time for a class action of this magnitude.”

Rivera, in his objection, said the settlement “favors the interests of the class-action attorneys and not the victims in the three communities that were directly impacted and continue to be today. When the attorneys are paid in one day a salary that a Lawrence family doesn’t make in a year, we have a problem.

“Class action attorney’s fees comprise 16.5% of the total settlement, totaling $23.5M. Assuming the attorneys have worked every single day since the disaster occurred, this translates to $44K per day.”

Rivera questions the need for victims in the affected area to apply for relief and stressed the lack of time allotted to apply for the settlement, which is between November to January, where at least three major holidays fall.

“Columbia Gas has a list of every affected victim and all of them deserve fair compensation for their loss, not just those who can navigate these bureaucratic settlement processes,” he said. “Asking 4,000 affected residents to go through yet another claims process for this funding when just last year they went through a chaotic, invasive and demeaning process that left them frustrated and not fully compensated for their loss with Columbia Gas is a completely unnecessary hurdle.”

Rivera said he hopes the judge overseeing the settlement takes these factors into account and changes the amount of money allotted to the attorneys, the time frame allotted to the victims, and the process for accessing these funds by the victims.

Attached to the objection filed by the residents of Springfield Street was a list of cases in which victims had sued companies for damages caused by explosions or fires or other calamities.

In one case, in which a fire caused by an air conditioning unit resulted in the destruction of a family’s home, the court granted a settlement of more than $1 million.

In another case, when a tree fell on a power line, caused a fire and burned up art galleries, the six artists were awarded more than $1 million.

In yet another case, a woman and her son were given a settlement of between $500,000 and $1 million for an electrical fire in their apartment in New York City.