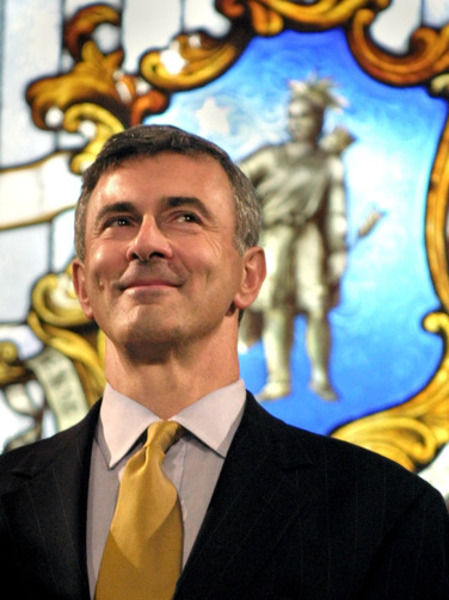 Gov. Paul Cellucci at his Statehouse-leaving ceremony in 2001. 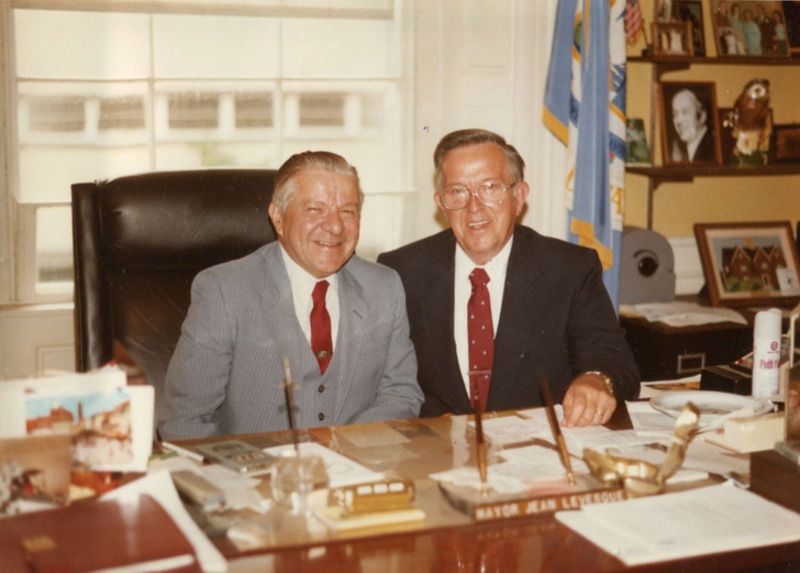 Gov. Paul Cellucci at his Statehouse-leaving ceremony in 2001.

My relationship with them is a tale of two ballot questions.

During the Proposition 2½ campaign in 1980, it was my job to sell this dramatic proposed law to the voters, arguing for a 15 percent property tax cut in many communities, followed by a permanent annual levy limit. At the time, I knew only the Marblehead Board of Selectmen, which endorsed it, and two mayors: Jean Levesque of Salem and Peter Torigian of Peabody. So I thought, what can go wrong?

Then I met other mayors. But anyhow, after the ballot question passed in both their communities, Levesque and Torigian set about doing what their voters asked, and responsibly implemented the levy limit.

After he left office, Jean Levesque occasionally called or dropped me a note to encourage my activism; he even joined Citizens for Limited Taxation and remained a member until his death last week. He also remained very active in his community and had a long, interesting and rewarding life with a lovely family that I met Sunday at his wake.

Paul Cellucci had an interesting life, too, but it was cruelly cut short by ALS — Lou Gehrig’s disease. He was barely a senior citizen when he died last weekend. I just found the notecard on my desk that I’d intended to send him when I heard of his diagnosis; I wonder why I never followed through. I guess I didn’t know what to say about having such a terrible disease, and yet ,from what I’m reading in the newspapers, he made good use of his remaining time, working to find a cure, while still remaining involved in politics, his job, with his family.

I knew him professionally from the beginning of his political career: CLT’s political action committee supported him for state representative and state senator. As a legislator, he filed and carried our tax cut and tax limitation bills, supported Prop 2½, led various legislative reform battles.

When he was running for lieutenant governor with Bill Weld in 1990, CLT had a question on the same ballot to repeal the Dukakis tax hikes of 1989-90. Weld/Cellucci endorsed this ballot campaign, which became even a tougher battle than Prop 2 ½ had been; they never wavered even when it became obvious to almost everyone but me that it was going to lose.

Looking back, I can see that voters decided the tax cuts “went too far,” but the issue helped elect the governor and lieutenant governor who soon got the sales tax on services repealed and continued to argue for the income tax rate to return to its traditional 5 percent.

In 1997, CLT did another petition drive, this one just to roll back the income tax rate over three years. The Massachusetts Teachers Association challenged the signatures, and we didn’t have enough to get on the ballot. Discouraged, we just filed the rollback as a bill. At its legislative hearing in 1999, Paul Cellucci, now the governor, marched dramatically into the hearing room to announce that if the legislature didn’t pass it, he would lead a petition drive himself to get it on the 2000 ballot.

This was the first I’d heard of this plan. All eyes, including those of Statehouse reporters, turned to me, wondering if CLT would resent his taking charge? Actually, I wondered if it would be undignified to do cheerleading cartwheels across the hearing room floor.

We teamed up, CLT with its volunteers and prior experience with petition drives, Gov. Cellucci with paid petitioners funded by donations from Cellucci supporters and another longtime ally, the Mass. High Technology Council. This time there were too many signatures to be challenged, and we made it to the 2000 ballot.

It really was a fun campaign, with Gov. Cellucci doing the major television debates after hilarious debate preps that I attended, in which his aide Rob Gray played the role of various opponents, or maybe I’m confusing this with the gubernatorial campaign in 2002. Regardless, Cellucci won them both; he never lost a campaign in his entire political career.

He resigned as governor to become ambassador to Canada; this was unfortunate for the rollback, which acting Gov. Swift wasn’t strong enough to protect from being frozen at 5.3 percent, but fortunate for the country, as he was in place to encourage Canadian support for U.S. initiatives after the Sept. 11 attack.

After he left the Statehouse, I never saw him again in person, did occasionally see him on television, but didn’t know his physical condition was deteriorating so rapidly. Of course I thought of him when the income tax rate dropped to 5.25 percent last year, but there seemed plenty of time to write a thank-you note.

With Father’s Day this weekend, this is a good time to tell my story about seeing my father, three days after he died, moving on to someplace he looked excited about going. I expect to see him again someday and hope to run into Jean and Paul there too. I wish their families the same expectation of reunion.

Barbara Anderson of Marblehead is a Salem News columnist.