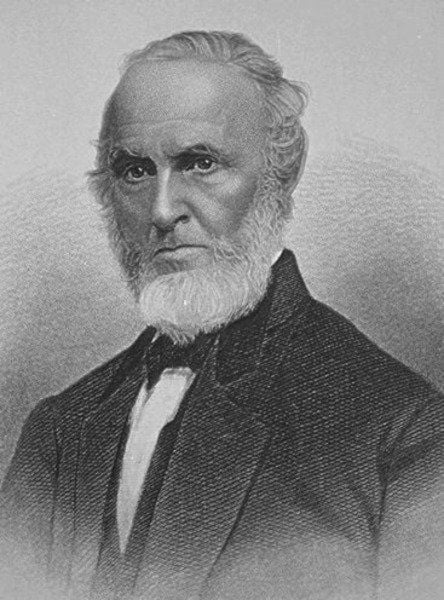 John Greenleaf Whittier wrote his famous poem "Snow-bound: A Winter Idyl" while trapped inside by a snowstorm in Amesbury. 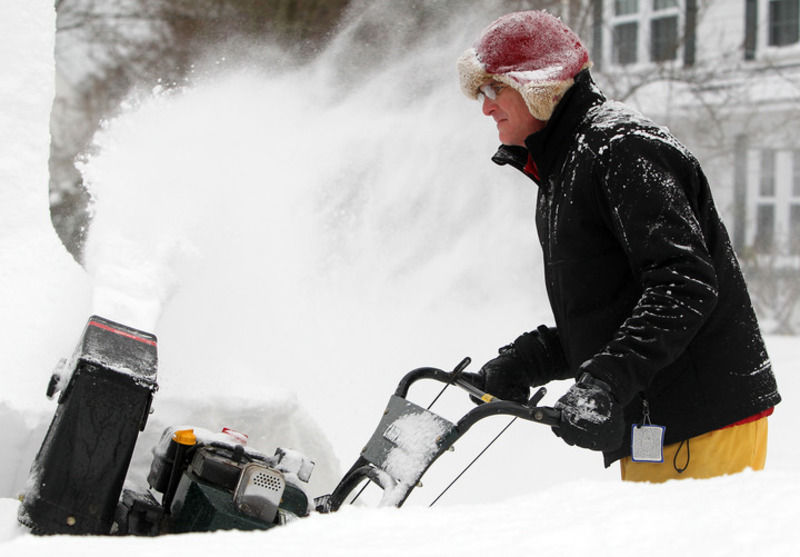 Bill Corbett of Marblehead is showered in snow while using a snowblower to clear his driveway on Saturday afternoon.

John Greenleaf Whittier wrote his famous poem "Snow-bound: A Winter Idyl" while trapped inside by a snowstorm in Amesbury.

Bill Corbett of Marblehead is showered in snow while using a snowblower to clear his driveway on Saturday afternoon.

Editor’s note: Jim McAllister filed this column Friday, just as the first flakes from this weekend’s blizzard were starting to fall.

As soon as this column heads off to the Salem News — electronically, of course — its author will rejoin everyone else in the region in preparing for the promised great blizzard that is to begin in just a few hours. By the time it appears in the Viewpoint pages of the paper on Monday or Tuesday, we may well have added another chapter to the “great snow storms of New England” story.

There have been others, of course, over the past few centuries, and most have been documented by observers or historians, or both. In his “Town on Sandy Bay,” for example, the late Rockport historian Marshall Swan recalled another great New England snowstorm. This blizzard took place in 1780 during the dark days of the Revolutionary War, and left drifts as high as the second story of many Rockport cottages. “It snowed at least part of the time for twenty-seven consecutive days,” noted the author, calling to mind the seemingly endless snows of 1969 that many of us still remember.

The second-story drifts Swan mentioned were to be repeated locally before the century ended. A notation for late November, 1798 in Joseph Felt’s “Annals of Salem History” reads “The quantity of snow fallen is almost indescribable. The oldest persons say, they never knew such a storm so early in the season. Many are obliged to dig arches through the snow to get from their houses in the country.” Once they reached the roads, continues Felt, they would encounter snow banks “as high as a man’s head on horseback” on either side.

Among the other many “snow events” deemed worthy of mention by Felt was the winter of 1747, which “had about thirty snows.” A major blizzard that took place on January 3 and 4 in 1811 was noted in his diary by another Salemite, Rev. William Bentley of Salem’s East Church. At the conclusion of a full day of snow on the 3rd, Bentley simply noted “Snow deep.” But the storm continued through the entire following day, leaving drifts 9 feet deep on Essex Street, and inspiring the minister to observe, somewhat understatedly, “The quantity of snow great.”

Transportation, regardless of its form at the time, has always been adversely affected by large snowstorms. A mid-January event in 1857 left snow drifts of up to 12 feet deep in downtown Salem, too deep, writes historian Sidney Perley, to be “pathed (cleared) in the old-fashioned ways, by oxen either with a log or with the Swedish heater.” All locomotion, other than individuals on snowshoes, came to a halt for many days.

But for transportation horror stories, it’s hard to beat the ordeal that a horse-drawn street car driver named Barnes had to endure during a blizzard in the late 1880s. According to the author of “Notes on Wenham History,” Barnes and his poor, long-suffering horses left Wenham Depot at 11 o’clock at night and fought their way through the brutal cold pelting snow to Gloucester Crossing in Beverly just a few miles away. By the time they reached their destination it was 8 a.m.!

But the storm by which all other local snowstorms was measured, at least until the Blizzard of ’78, took place in 1717. It started on Feb. 18 and enveloped all of New England. It snowed off and on for six days, and when all was said and done our region lay under 10 to 15 feet of the white stuff. Local residents dug tunnels beneath the snow between their homes and their barns or neighbors. Those wishing to walk on top of the snow needed snowshoes to do so.

The impact of the storm on livestock and wild animals in the area was devastating. Flocks of sheep and herds of cattle and horses were buried under the deep snow and suffocated. Miraculously, nearly a month after the storm ended, two sheep were found alive under 16 feet of snow. They had survived by eating the wool of their dead companions.

While snowstorms are generally as unpleasant and problematic as they are beautiful, occasionally some good comes of them. Such is the case of the poet John Greenleaf Whittier, a native of Haverhill who had relocated to Amesbury. There he began writing, for the benefit of his caretaker niece, not for publication, a poem about his family seated in the kitchen of their ancestral home during a major snowstorm many years earlier.

Eventually, Whittier was convinced by his publisher to go public with his lengthy but charming poem. It was a smart decision; within six months of its publication in February 1866, “Snow-bound” had sold an astounding 20,000 copies and lifted the poet out of relative obscurity and poverty. Today, the work is considered one of the most beloved ever written by an American poet.