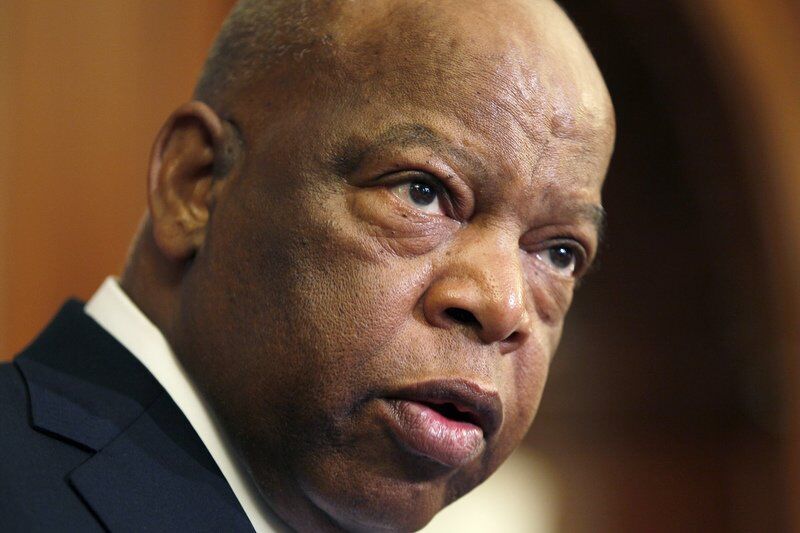 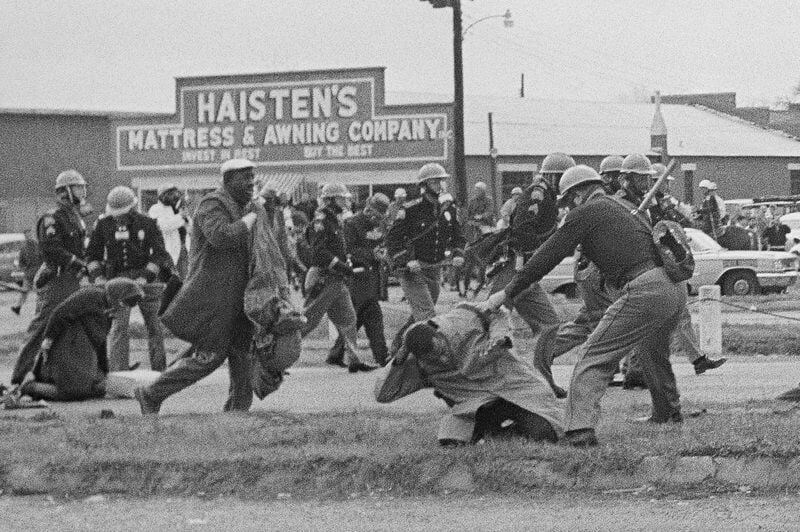 John Lewis was an activist first, a congressman second.

At 21, he was savagely beaten when he joined an integrated group riding Greyhound and Trailways buses across the South to test court rulings outlawing segregation. Two years later, as chairman of the Student Nonviolent Coordinating Committee, he spoke sixth on the program at the March on Washington. Rev. Martin Luther King Jr. was 16th.

In 1965, Lewis and other demonstrators were beaten again, this time by troopers in Selma, Alabama, as they protested the murder of a local civil rights worker, Jimmie Lee Jackson. Images of that violence galvanized public support for the Voting Rights Act.

The demonstration I remember, however, was one that Lewis sat out.

It was Oct. 16, 1995. Eight years into his career as the congressman from Atlanta, Lewis spent most of the day cloistered in his Capitol Hill office, rather than participate in the Million Man March happening outside on the National Mall.

Some praised him for his principled stand against the divisiveness of Nation of Islam leader Louis Farrakhan, who organized the march to create unity among and support for Black men. Others criticized Lewis for pandering to members of his district’s Jewish community who opposed Farrakhan for his anti-Semitic rhetoric.

I know all of this firsthand because I answered his office telephone that day.

I was a college intern for Lewis’ press secretary, Ronald Roach, in the fall of 1995. It was my second tour in his office. And, on the day of the march, with several members of Lewis’ staff participating in the event, the duty of taking messages fell to me.

Plenty of people supported Lewis’ choice, shared by a handful of other Black leaders who either criticized the march due to Farrakhan’s presence or remained silent. Other callers were angry — even hostile, I noted in a journal I kept at the time.

Lewis’ stand on the Million Man March won’t make any of the highlight reels from his considerable life and career, which have been playing on a loop since his death at age 80 last week from pancreatic cancer. But watching a man later called the “conscience of Congress” struggle with a fraught decision — and ultimately stand by a choice grounded in principle — left a deep impression on me.

Lewis walked around the office that morning, from television to television, reacting to what he saw. At one point, the Rev. James Bevel addressed the march. Lewis urged me to play close attention to his words; they’d participated in lunch counter sit-ins together when both were students in Nashville.

Though I never delved into the political arena, as he did — I’ve spent a career as a journalist not picking sides —the experience of watching his intense decision-making and weathering the criticism that followed has never been far from my mind.

Grant you, it’s not that Lewis and I shared many deep political conversations in my days as an intern. One of our most extensive discussions had to do with making gravy from flour and grease, and boiling sugar to make syrup — the techniques of a family of sharecroppers living in poverty in south Alabama (and, truth be told, of my Dad in suburban Atlanta).

Maybe that’s why it was so striking when days before the Million Man March, Lewis spoke so frankly with a small group of his staff about his decision. He told us he’d decided to stand where King might’ve stood.

His decision was a national news story, exposing a rift among leaders in the civil rights community. It brought Lewis a lot of heat from people within that network.

This march drew between 400,000 and nearly a million people, depending upon whom you ask. Lewis was not with them.

As he would later explain in his autobiography, “Walking with the Wind,” he supported the goals of the march. But he could not abide Farrakhan’s rhetorical track record.

“The means by which we struggle must be consistent with the end we seek,” he wrote, “and this includes the words we use to pursue those ends.”

The morning of the march, a Monday, Lewis told us that President Bill Clinton had called over the weekend. They’d talked for 45 minutes about a speech Clinton planned to deliver the morning of the march. We later gathered around the office televisions and watched the president relate many of the words and ideas Lewis had shared with us.

“One million men do not make right one man’s message of malice and vision,” Clinton said. “…No good house was built on a bad foundation.”

The irony of my encounter with Lewis that day isn’t lost on me, particularly at a time when our country is so simultaneously focused on civil rights and embroiled in racial and political unrest.

Though an activist and agitator at times, Lewis was interested more in unity than division. A guiding principle he mentioned in nearly every speech he gave, in addition to nonviolence, was doing the work of building what King described as a “beloved community.”

Lewis talked about what that meant a few months earlier, in a speech commemorating the 30th anniversary of the Voting Rights Act that he’d nearly lost his life in the struggle to secure: “We must use our resources not to divide but to bring together, not to tear down but to uplift, not to oppress but to set free.”

Lewis is remembered by many for his courage, his moral leadership and the physical sacrifice he made for the civil rights movement. I will remember him for how he stuck to his principles, even when doing so wasn’t easy.

David Joyner grew up in Clarkston, Georgia, and interned for Rep. John Lewis while a student at The George Washington University. He now lives in Andover and is executive editor of the North of Boston Media Group.