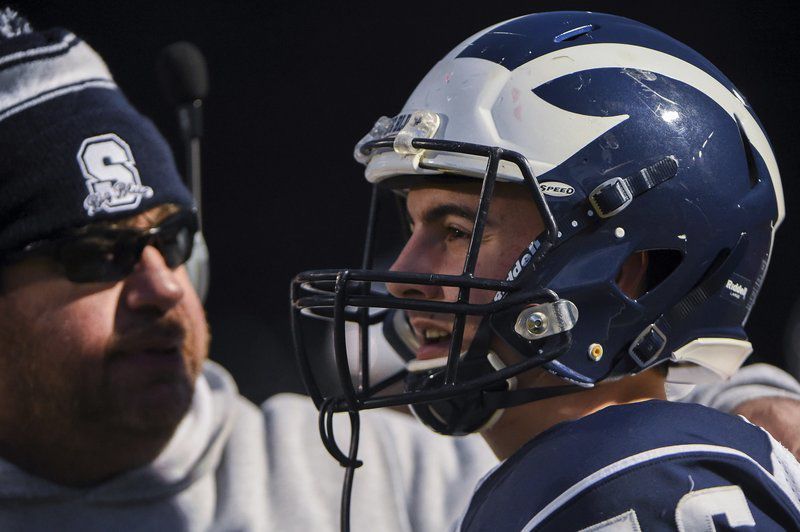 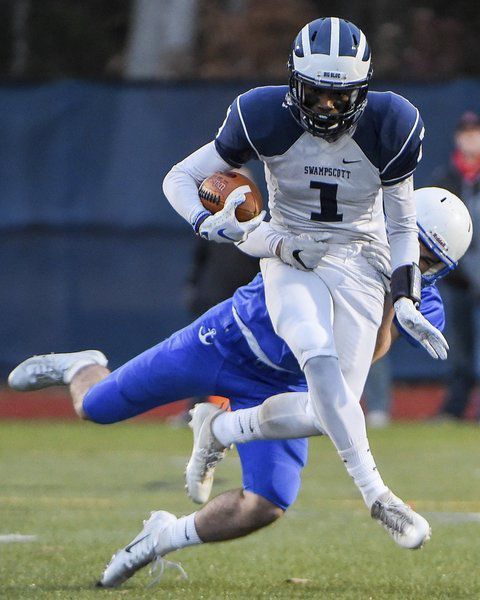 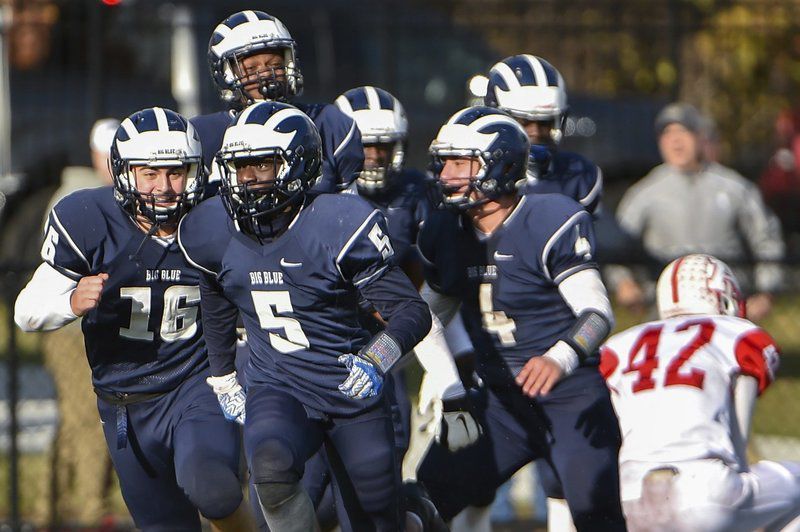 Head coach Bob Serino isn't worried about his Swampscott High football team feeling overconfident, one that returns a deep and talented senior class that was a huge part of winning a sectional title in Division 5 North last November.

All he has to do is point at the Big Blue's schedule, which is now dotted with teams that Swampscott's Class of 2020 has never beaten.

"It's been all business in practice," said Serino. "We're not getting caught up in anything besides getting ready for the season."

Right off the bat, Swampscott will be challenged against a heavily fortified Lynn English team that will be defending the Blydell Cup in one of Blockside Field's first true (i.e. non-portable) Friday Night Lights game on Friday, Sept. 13.

"No game is more important than that one right now," said senior quarterback Graham Inzana. "We can't get ahead of ourselves. It's one week at a time, and right now that's all about Lynn English."

Inzana, who threw for 28 touchdowns with a passer rating of 112.5 in a super junior season, will be a team captain along with senior linebacker and running back Dylan January (a two-year captain), linebacker Nick Reiser and two-way linemen Tyler Marshall and Anton Vasquez.

"They're really good leaders," Serino said. "All of our seniors are good leaders and we have a lot of them, which is a big difference from last year."

The high-scoring Big Blue went 9-0 last year when they scored at least 20 points and 0-3 when they were held to two touchdowns or fewer.

Sophomore Xaviah Bascon, who got some varsity time as a freshmen, could be a speedy weapon, and senior Zack Palmer is an intriguing multi-purpose threat. Palmer was a force in the return game last season and can play running back or receiver, which could allow January (579 rushing yards, 8 TDs) to see time at receiver as well as in the backfield.

Those three solid runners, plus Inzana feeling comfortable scrambling, should help Swampscott keep defenses honest by running if opponents over play the pass.

Stingy defensively last year with three shutouts, the Big Blue could be ever better on that side of the ball this fall. Anton Vasquez and Marshall (the only returning starters on the offensive line) are both solid at defensive end, and January in one of the Northeastern Conference's best inside linebackers. Add to the mix an excellent pass-rushing backer like Reiser and an experienced secondary that includes Palmer and senior Caden Dubiel, and the pieces are in place for Swampscott to have a shutdown unit.

With scrimmages lineup up against Hamilton-Wenham and Bedford to test their mettle and a Sept. 6 bye to make sure all the pieces fit together, the Big Blue have time to get their machine oiled up and ready to run again. With an experienced group of leaders, a battle tested QB in Inzana and a coaching staff that's led them to three straight playoff appearances, there's little doubt Swampscott will find itself up to speed.

Did you know: With lights at Blocksidge Field up and finally ready to go, for the first time in over 100 years the Big Blue go into the season without a scheduled Saturday afternoon home game on Humphrey Street.