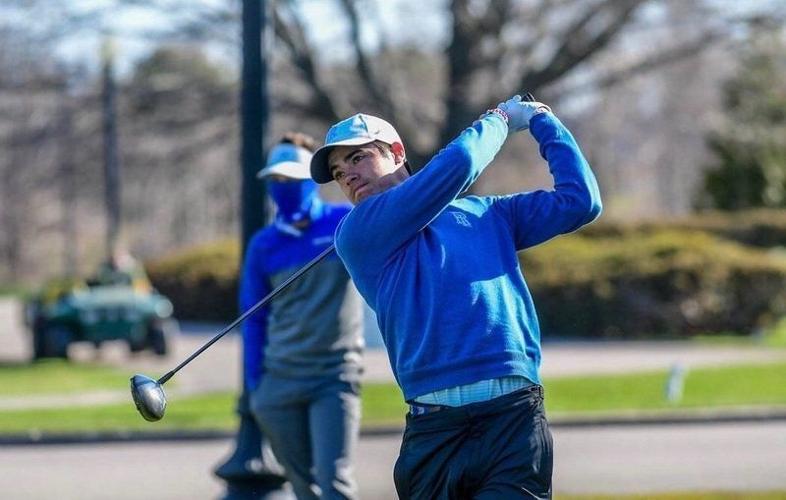 Chris Francoeur will be off to Korn Ferry Q-School in late August. The former St. John’s Prep star is taking the leap to try and earn professional status. 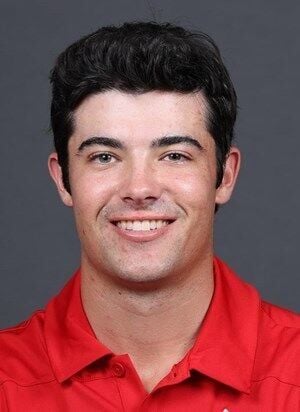 Chris Francoeur will be off to Korn Ferry Q-School in late August. The former St. John’s Prep star is taking the leap to try and earn professional status.

Chris Francoeur is equal parts petrified and equal parts excited for what’s about to come next in his golfing career.

But that’s to be expected in any sport when someone tries to turn pro.

At the end of the month, the former St. John’s Prep standout is taking his clubs and his rapidly-improving golf game to Nebraska to try and make the leap to professional status. Once there, he will begin the grueling process of Korn Ferry Q-School, trying to make it through the four stages of qualifying needed to earn a 2023 Korn Ferry Tour card.

If he were to make it to that point, the PGA Tour would be next on the radar.

“The biggest excitement is to try and get started and test my game at the highest level,” said Francoeur, who was back in his hometown of Amesbury for a few days last week before heading out to a tournament in Chicago. “Ever since I was 12-13 years old this has been a dream of mine.

“The biggest fear is just the unknown of the next six months. Obviously it’s going to be a grind, and nothing is guaranteed when you get to this point.”

It’ll start with a 54-hole pre-qualifying tournament Aug. 24-26 at the Highlands Golf Course in Lincoln, Neb. Usually there’s close to 500 golfers that sign up for pre-qualifying across six sites around the country. That breaks down to just over 80 golfers per site, with around 230 total — so about 20-25 per site — advancing to the First Stage of qualifying.

If Francoeur were to make it through pre-qualifer, that’s when things would get really difficult. He’d advance to the First Stage of Q-School, competing in a 72-hole tournament against others who made it plus those who had lost previous Korn Ferry status and are trying to reclaim it. The First Stage normally brings just over 900 golfers to 12 sites across the country (78 per site), with the top 350 or so total (29-30 per site) moving on.

Up next would be Second Stage, where another 72-hole tournament across five sites would dwindle the remaining golfers down to around the top 138 and ties.

If Francoeur were to be one of those survivors, he would then compete in the Final Qualifying stage Nov. 4-7 in Savannah, Ga., where a final 72-hole tournament across two courses would determine Francoeur’s Korn Ferry status for the 2023 season. Finishing inside the top 45 grants the golfer complete Korn Ferry status and top priority for any tournament they’d want to play in during the following year, while everyone who makes Final Qualifying gains limited tour status.

And that’s just to make it to the Korn Ferry Tour, which in and of itself contains a grueling process for a player to then earn their PGA Tour card. and at that point, you’re competing against others who’ve made it through Q-School as well as former PGA Tour pros who have lost their cards and are trying to get them back.

“I’m really eager to get going,” said Francoeur. “For me, I’ve proven to myself that I’m good enough to make it there. You just try and tell yourself that golf is golf, and no matter what level you’re playing at, all you’re still trying to do is get the ball in the hole.”

As one might expect, the cost to even make it through Q-School is not miniscule. At each of the four qualifying stages, the Korn Ferry Tour offers a discount for early entrants. But, going strictly off of normal entry fees, the cost just to sign up is north of $20,000. Then, of course, you have your other travel expenses like flights, hotels, rental cars and food.

While the task ahead is daunting, Francoeur has been playing some solid golf as of late.

After a successful four-year career at Rhode Island, Francoeur transferred to the University of Louisville this past fall for a graduate season and finished third on the team with a 71.0 stroke average across five events. Since graduating, he’s been competing on the Elite Amateur Golf Series with some solid finishes, and in May he made it to the final stage of U.S. Open qualifying for the third straight year. The bid to play in one of golf’s four major tournaments ultimately came up short, but Francoeur was right back at it in early July trying to qualify for the U.S. Amateur Championship. He fired a 36-hole 138 (-6), good for fourth overall and earned him the first alternate spot from his site.

It’s also the third year in a row Francoeur’s been an alternate for the U.S. Amateur, but signs are positive that he’ll make it in this time around. If that were to be the case, he’d travel down to Ridgewood Country Club in New Jersey for the tournament starting Aug. 15.

Then, his amateur status would be shed for the next step.

“I wouldn’t say I’ve been playing my best golf this summer, but I’m playing well,” said Francoeur, whose father, Michael, has been caddying for him. “I’m just not scoring as well as I would like. But I definitely feel like I’m trending in the right direction.”