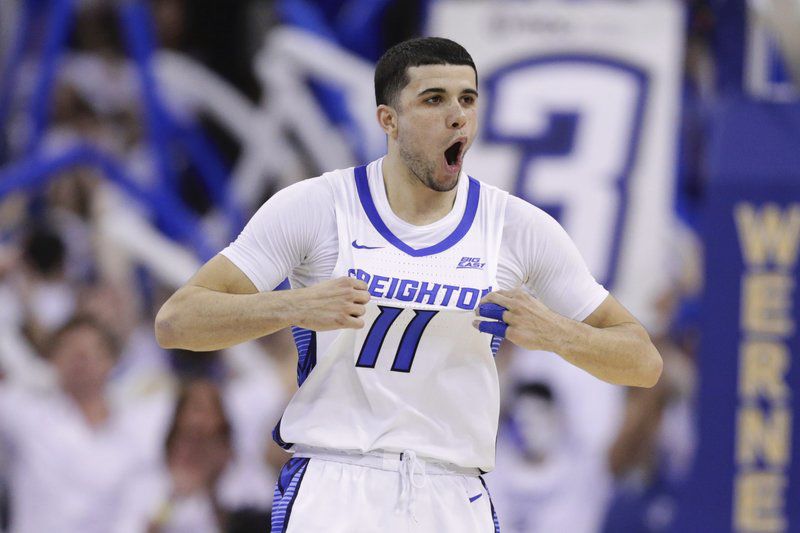 AP Photo/Nati HarnikCreighton’s Marcus Zegarowski (11) had plenty of reason to celebrate this season as his team ended the year ranked No. 7 in the country.for Division 1 with a 24-7 record. 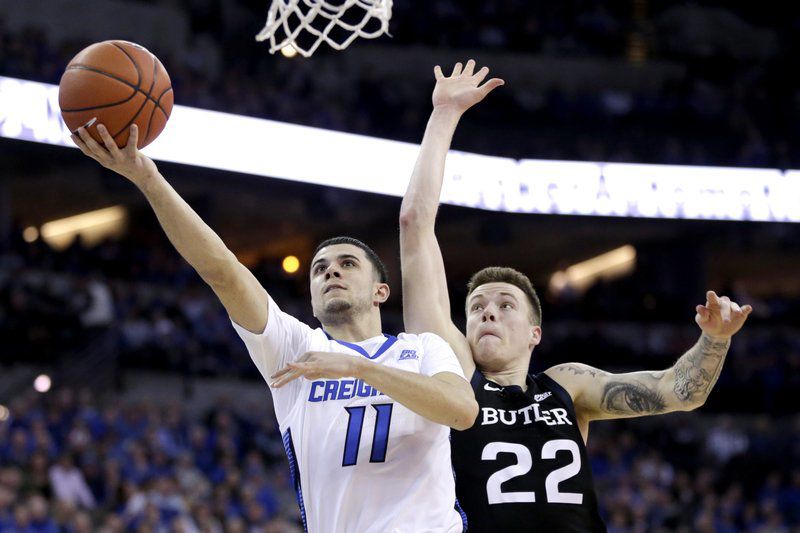 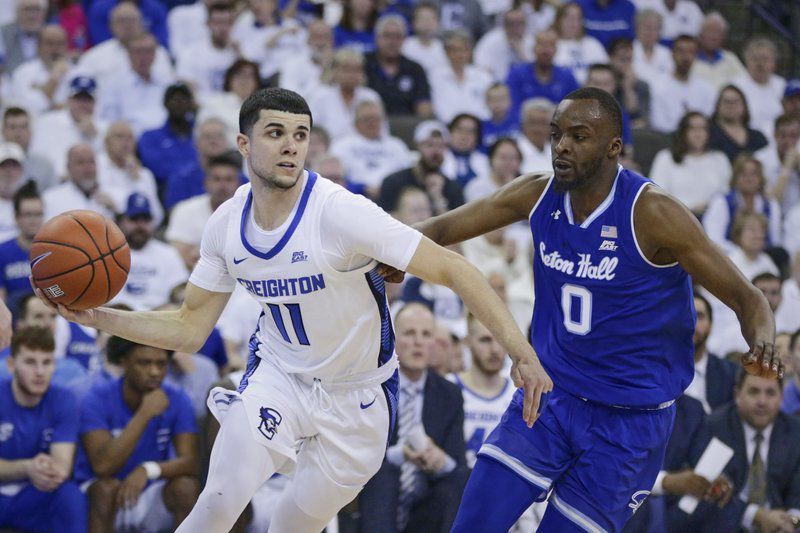 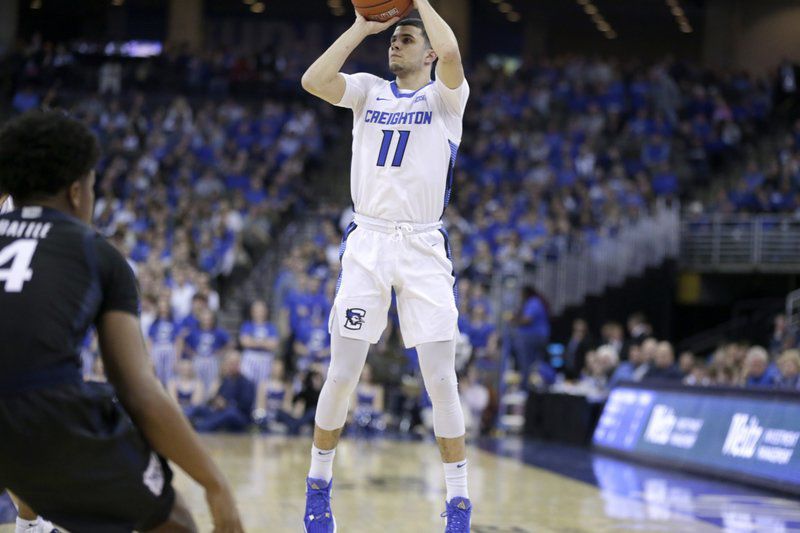 AP Photo/Nati HarnikCreighton’s Marcus Zegarowski (11) had plenty of reason to celebrate this season as his team ended the year ranked No. 7 in the country.for Division 1 with a 24-7 record.

Unfortunately for Creighton guard Marcus Zegarowski, his final memory of an unforgettable sophomore campaign will be cutting down the nets following his team’s convincing win over then-No. 8 ranked Seton Hall. The marquee victory helped Creighton secure a share of the Big East Conference regular season crown.

In hindsight, that was obviously a special moment for Zegarowski and his teammates. But it was one that could’ve been topped with a Big East Tournament title, or better yet, a national championship.

The Bluejays were playing their best basketball of the season down the stretch when the NCAA abruptly put an end to all competition due to the Coronavirus pandemic. The Associated Press had the Bluejays (24-7) ranked No. 7 in the nation when they released their final Division 1 team poll over two weeks ago.

For Zegarowski, it was a glass half full approach, as the Hamilton product injured his knee in that final tilt and likely wouldn’t have been able to suit up for the rest of the season anyways. Despite the injury, he still played 39 minutes in the win over Seton Hall, pouring in a game-high 23 points (5-for-5 from deep) to go with six rebounds and five assists.

“It definitely felt bad because we knew were were going to go further and do more for our program,” said Zegarowski. “But we decided to be happy with what happened instead of what potentially could have happened.

“(But) the knee and rehab process is going well. I think I had had the small tear for a while after hearing feedback from my doctors. They fully repaired it which is a blessing. Obviously it was a good time to get hurt, but I wish I could watch my teammates do their thing while I would be on the side supporting them.”

As Zegarowski now recovers and rehabs from recent surgery in the confines of his Hamilton home, he’ll have plenty of time to look back and reflect on the season that was.

And what a season he had.

As a freshman last winter, Zegarowski burst onto the Division 1 scene by immediately earning the trust of his coaches and teammates. He played 28.6 minutes per game, which were the most by a Bluejay freshman since NBA player Doug McDermott’s 29.1 back in 2010-11.

But like any great player does, Zegarowski took his game to another level in Year 2.

Days after his final game, Zegarowski was named an AP All-American Honorable Mention.

“It was pretty surreal and it’s just a blessing to be able to play with a lot of great, supportive players,” he said. “It’s also a blessing to have a great support system in my family who were the ones there when people didn’t believe in me.”

Among his other accomplishments and accolades, Zegarowski was named to the All-Big East Second Team and to the All-American Third Team by Stadium. He led Creighton in assists (156), was third in the Big East in true shooting percentage (.608), third in assists per game (5.0), fourth in field goal percentage (.488), fifth in field goals made (182) and sixth in 3-point field goals made (75).

Perhaps most impressively, he blossomed into an irreplaceable leader and an extremely consistent player that head coach Greg McDermott had a hard time taking off the court.

“My biggest job was my leadership and maturity. I grew a lot from freshman to sophomore year in those aspects while playing under a great system,” said Zegarowski. “I also just got better in every skill aspect and I look forward to improving on all of it.”

Zegarowski expects to be fully healthy by mid-June/early July. Until then, it’s a safe bet that he’ll be focusing diligently on the betterment of his game.

Ultimately, the 21-year-old hopes to follow in the footsteps of his brother, Michael Carter-Williams, by playing in the NBA. But in his mind, continuing to compete for his family’s entertainment and pride is his top priority.

“My ultimate goal is to make my family proud,” he said. “Of course I want to make the NBA but doing it for them is what it is about. Only time will tell I guess.”