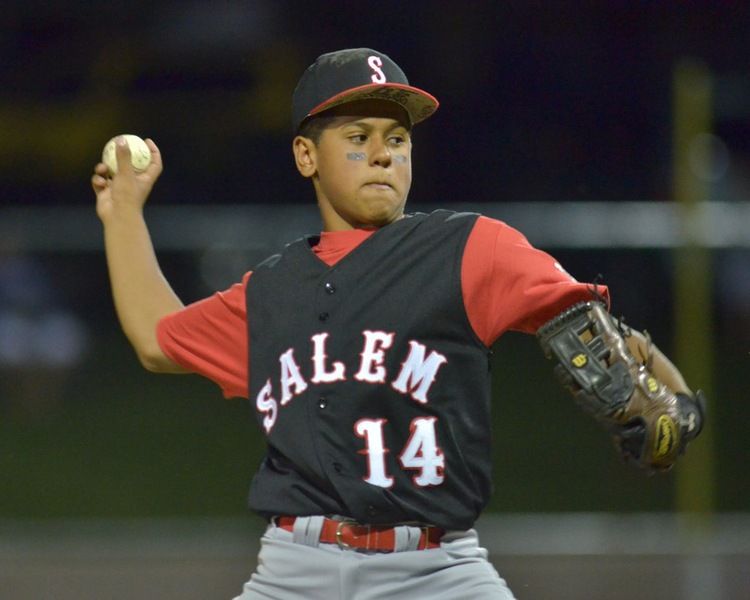 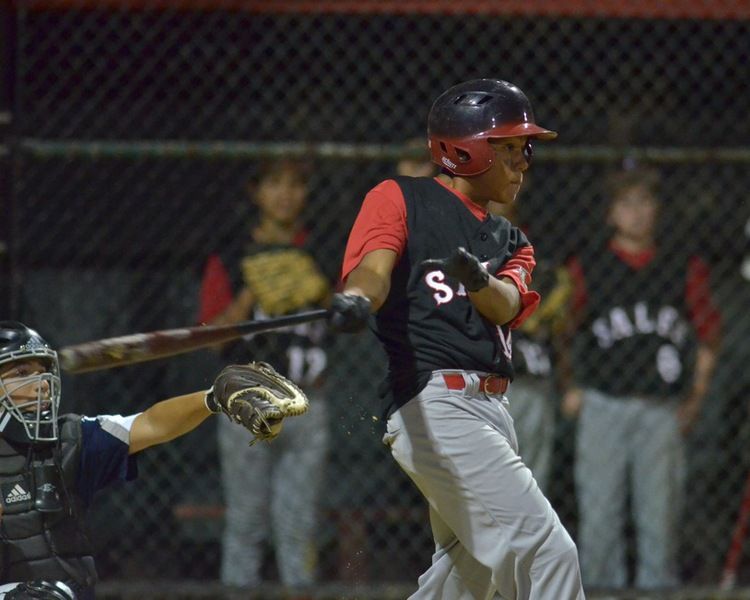 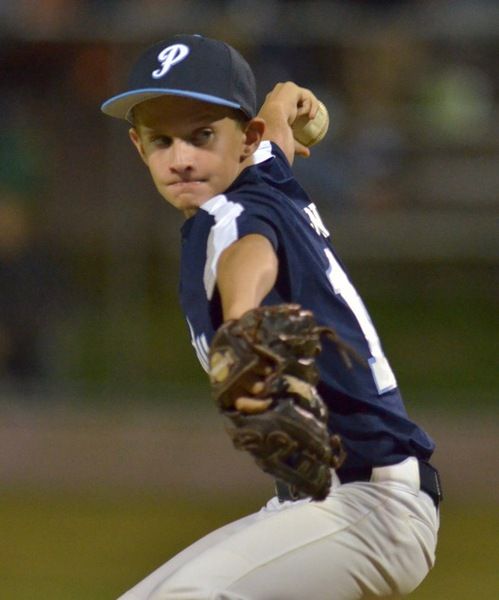 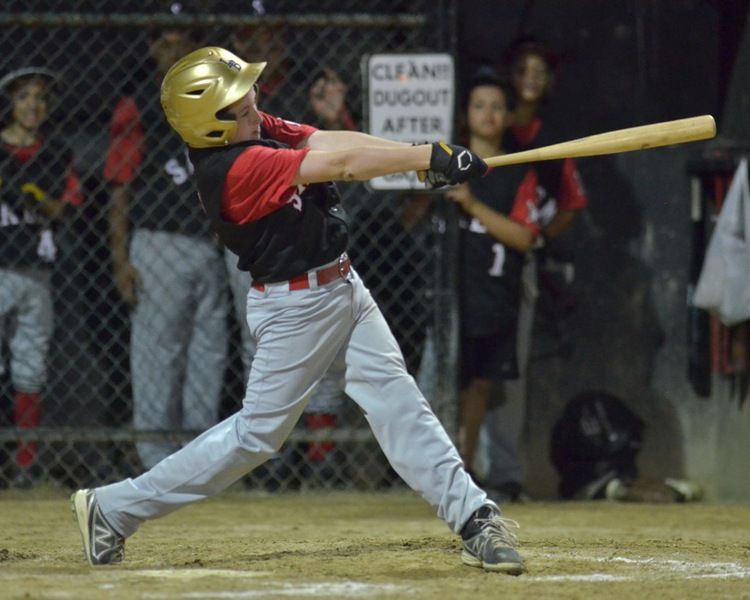 SALEM – For the first three and a half innings of last night’s Gallant Tournament neither Salem nor Peabody could push a run across, but that quickly changed in the home half of the fourth when Salem sent nine batters to the plate and scored five times. They added seven more runs in the fifth to win by the mercy rule, 12-1 after five innings.

Ruben Baez was overpowering on the mound for Salem, not allowing a hit while striking out 11 to get the win. He also helped himself with an RBI single in the fourth and a two run double in the fifth.

“Baez is just a fantastic pitcher,” said Peabody manager John Federico. “He overpowered us with all fast balls. He was very accurate and so powerful. When you go up against a pitcher like him you have to scrape together some runs any way you can. We tried to get some runners on and be aggressive on the bases.”

Baez issued seven walks but was able to get out of jams. Peabody had runners on second and third with no outs in the third inning after Mike Panzini reached on an error and Tyler Wallace walked. Both advanced on a passed ball, but failed to score.

Panzini was called out at the plate trying to score on a passed ball that catcher Matthew Silva quickly retrieved and threw to Baez for the out. Christian Cummings hit a hard shot to first base that Kyle Ouellette scooped up to help Baez get out of the jam.

The lone Peabody run came in the top of the fifth when Joe Richard reached on an error and later scored on a wild pitch. Baez walked two batters in that inning to load the bases, but struck out the side to avoid further damage. Catcher Matthew Silva made a big defensive play, throwing out a runner trying to steal third base.

“Ruben did a nice job, and this is a great way to start,” said Steve Ouellette, who coaches Salem along with manager Sean O’Keefe. “This was a great game, and it was scoreless until we finally got some big hits in the fourth. We didn’t knock the cover off the ball, but a lot of that is because of the wood bats. Everybody pitched in to help the team in some way.”

Mike Johns started for Peabody and worked four innings. He got out of a bases loaded jam in the third, but ran into trouble in the fourth when Peabody committed two costly errors. Jack Gilligan and Baez had key RBI singles in that inning while Silva’s sacrifice fly brought another run home.

Cummings took over on the mound in the fifth and later gave way to Will Aylward. Bryan Pena, Lesandro Pacheco, Bryan Palacios, and Baez all had big hits in that seven run inning.

“We’ll bounce back,” said Federico. “The Gallant is a great tournament, and we’re happy to be here. This was a tough night for us because Baez was so dominant.”

Peabody will play Wakefield at 1:30 p.m. today while Salem takes on Lynn at 7 p.m. Lynn beat Wakefield, 10-0 in the earlier game last night. James Wilkins belted a three run homer to stake Lynn to an early lead, and they never let up.