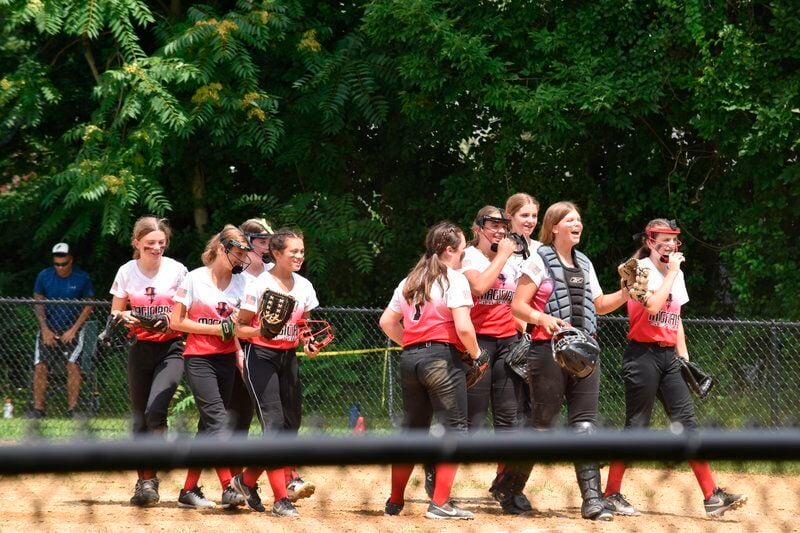 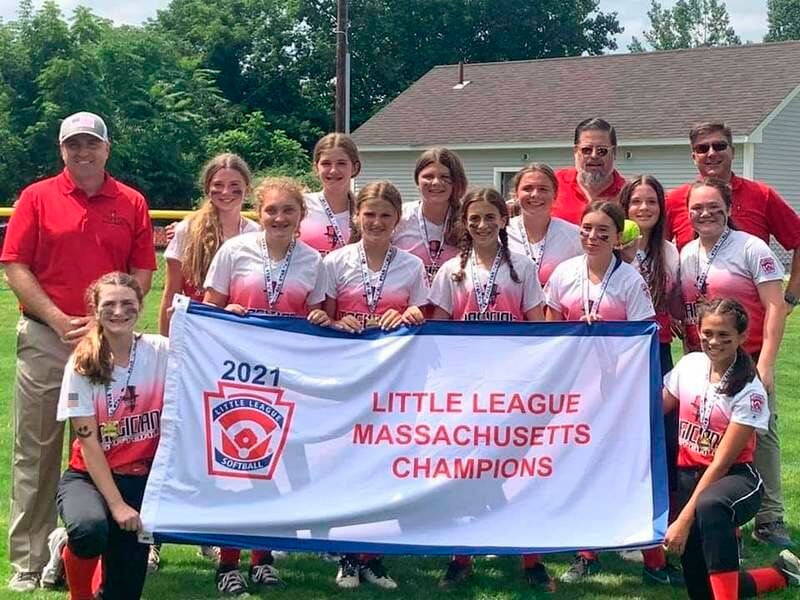 The 12-year-old softball all-stars from Marblehead found themselves in the elimination bracket of the District 16 playoffs early on, so they set a simple goal of winning the next game.

They did — and they haven't stopped.

The girls from Marblehead caught a wave of momentum they've ridden all the way to the East Regional playoffs in Bristol, Connecticut this weekend. Marblehead rattled off four straight victories in the District 16 playoffs to claim the title, then went a perfect 4-0 at the state tournament to become the first Majors team from Marblehead's Softball Little League to ever win a state championship.

"The team really never quits. The girls pick each other up and never lose focus," coach Anthony Andriano said, noting its been a total group effort from every player on the roster, coach Chris Francis and manager Jody Norton. "It's really been all 13 of them contributing at each game."

Just like the baseball Little League World Series, the girls from Marblehead will bunk at the Giamatti Little League Center in Bristol for the double-elimination regional playoffs. Marblehead's first game will be on Sunday against either New York or Vermont and the games will be streamed live on ESPN+. The East Region for softball combines the New England and Mid-Atlantic regions, so they'll be playing against and staying alongside kids from all over New England plus New York, Maryland and beyond.

The East Regional champ earns a spot in the Majors Softball Little League World Series being played in North Carolina.

Last weekend's state championship game was a convincing 12-2 decision over East Bridgewater in Marblehead's favor. Tessa Francis had a great game pitching in the circle and all of Marblehead's bats seemed to catch fire, with some aggressive defensive plays also helping the cause.

In sectional play, Marblehead went 3-0 in pool play, beating Jack Berry Little League from Worcester, Agawam and Woburn. It was a bit of a chaotic week with rain outs and some night games played under the lights between storms, but the girls kept their composure with some timely bunts and great baserunning contributing to the victories.

The run to the District 16 title was highlighted by two exciting wins over Salem in the finals, with Francis pitching two shutouts to help secure the pennant. Now 8-1 overall, Marblehead's lone loss came against Peabody and they've won eight in a row.

Francis handles the bulk of the pitching duties with Tessa Andriano behind the plate at catcher. Around the infield, Greta Sachs is at first base with shortstop Hailey Schmitt and second baseman Kate Andriano being the doubleplay combination. Lily Norton handles the hot corner at third while Lillian Reddy, Meggie Grenier, Lucy Rogers, Nora Mahan, Chloe Mahoney, Sophie Milner and Keliane Salem all patrol the outfield.

Offensively, it's been a great mix of power hitting and manufactured runs for Marblehead, with important knocks coming up and down the batting order.

"It's a scrappy, tough, silly group of young ladies that have really come into their own," coach Andriano said. "We are proud of how hard they have worked and are excited for what lies ahead."