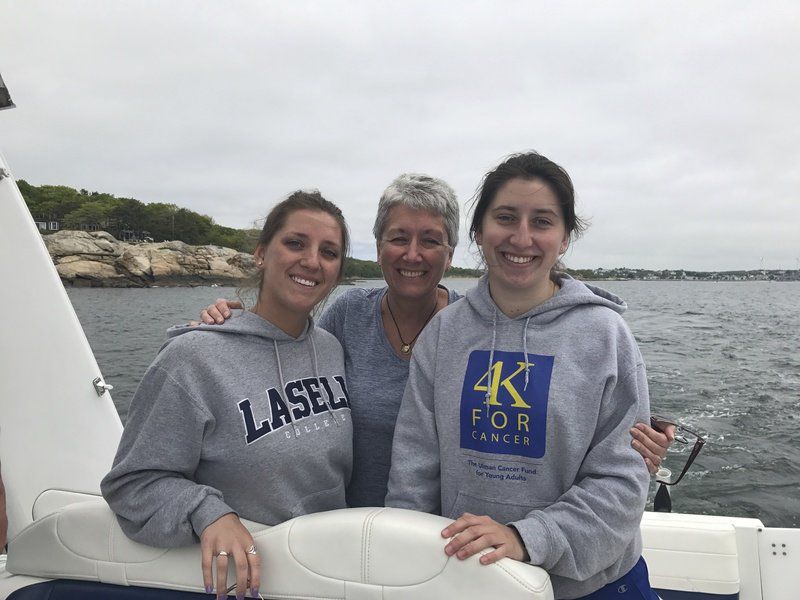 Meghan Berking (right), who is running from San Francisco to Brooklyn in an effort to raise funds and consciousness to fight cancer, is pictured with her sister Alexandra (left) and mother Sheryl. Berking, whose father Christopher passed away from colon cancer last year, said her mother was "his rock" and main caregiver during his battle with the disease. Courtesy photo 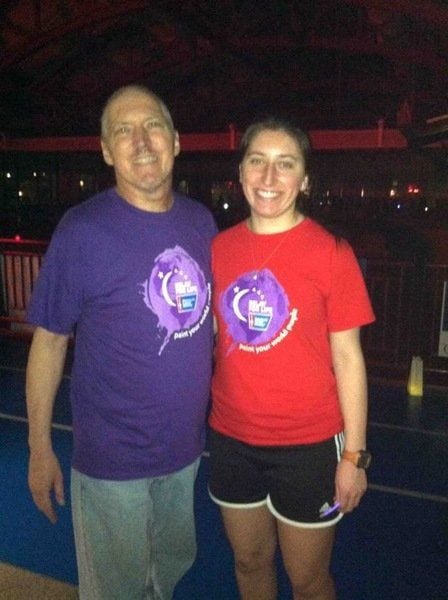 Meghan Berking (right), who is running from San Francisco to Brooklyn in an effort to raise funds and consciousness to fight cancer, is pictured with her sister Alexandra (left) and mother Sheryl. Berking, whose father Christopher passed away from colon cancer last year, said her mother was "his rock" and main caregiver during his battle with the disease. Courtesy photo

On Sunday, Beverly native Meghan Berking hit the pavement at the Golden Gate Bridge in San Francisco, embarking on a running journey across the country that spans nearly two months.

She'll stop when she arrives at the Brooklyn Bridge in New York City.

The run is all part of the 4k for Cancer, an event put on by the Ulman Cancer Fund for Young Adults. Berking will run as part of a team that will make a 49-day trek across the United States. The teams will run relay-style, with runners taking turns running throughout the day.

Berking says runners will likely run anywhere from six to 16 miles per day, depending on the distance slated for that particular day. Break days will also be mixed in.

"Everything for the trip is donated," said Berking. "We're not staying in any hotels or bed and breakfasts; we'll be staying at churches, schools, (or) if someone donated their house. We could be camping sometimes; we pass Yellowstone National Park, the Great Lakes, the Rocky Mountains, some pretty cool places."

For Berking, it's more than just a cause. It's personal.

The 20-year-old, who just completed her sophomore year at UMass-Lowell, lost her father last June to cancer. The event is one of many she's taken part in since her father was diagnosed with colon cancer in 2015. She's also participated in Relay for Life and takes part in clubs and events on campus.

Now living in Gloucester, Berking learned of the run in December from a post on Facebook and immediately applied, which was followed by an interview shortly thereafter. When she was accepted, a training plan was sent to her. She had to raise $4,500 in order to run.

"I really enjoy working with Relay for Life and doing all of that, but I felt like I wasn't doing enough or getting the word out to enough people," said Berking. "You don't really realize how important it is until it happens to you."

Growing up in Beverly, Berking knew quite a few families around town that had been inflicted with the disease. But she learned of cancer's true ferocity during her father's 13-month battle. Since the time of her father's diagnosis, she's volunteered in a number of different initiatives with one goal — to raise money and awareness to cancer research, with the hope of eventually finding a cure.

"I just wanted to show people that this is a really important thing," said Berking. "And I wanted to do something about it.

"I hated just asking people for money. It felt kind of greedy, in a way, (accepting money) without really doing anything."

The requirement of raising $4,500 seemed initially daunting. That, however, was before she received the donations upon donations from friends, family and acquaintances. The outpouring added up to the point where she was around $7,000, nearly twice the target amount.

"I started off by just posting on Facebook and getting a couple of people to donate," said Berking. "There was a lot of people I hadn't seen in a while (donating), or people I didn't expect to donate. But it was great to see they did and great to see they were supporting me through the journey I'm doing."

Berking will begin her junior year at UMass-Lowell this fall, hoping to one day become a forensic scientist. It's been a trying two years for her, going back to when her father's diagnosis flipped her world upside down just before she graduated from Beverly High.

It was at Beverly High where she initially fell in love with running, having run track for the Panthers as a way of staying in shape for soccer. Now she runs as a way of getting the word out, as a way of working toward finding a cure and raising awareness.

"I think running across the country makes a huge statement," said Berking. "It just helps me get the word out of how important this is, and how it really affects everyone."