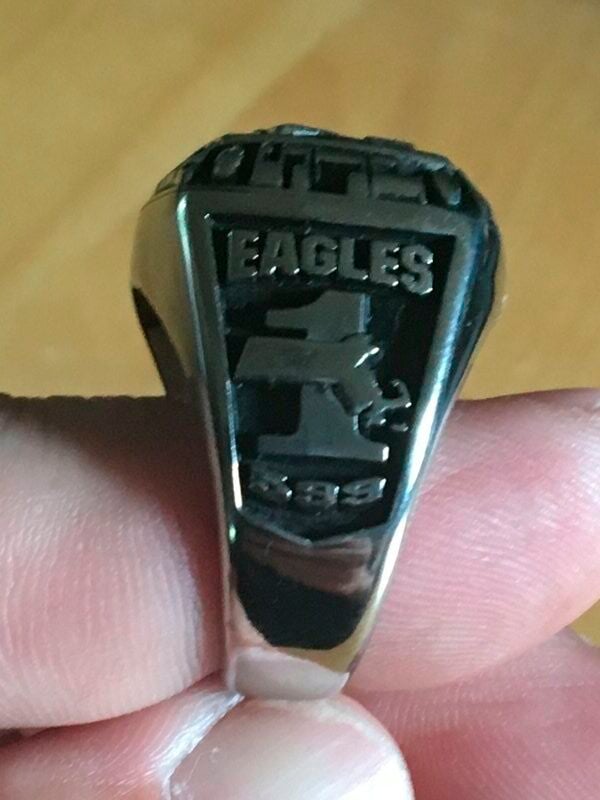 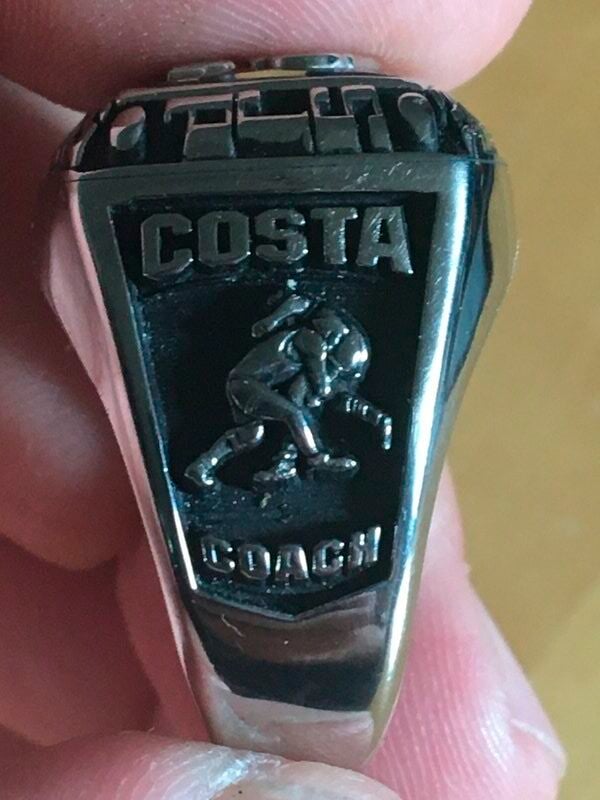 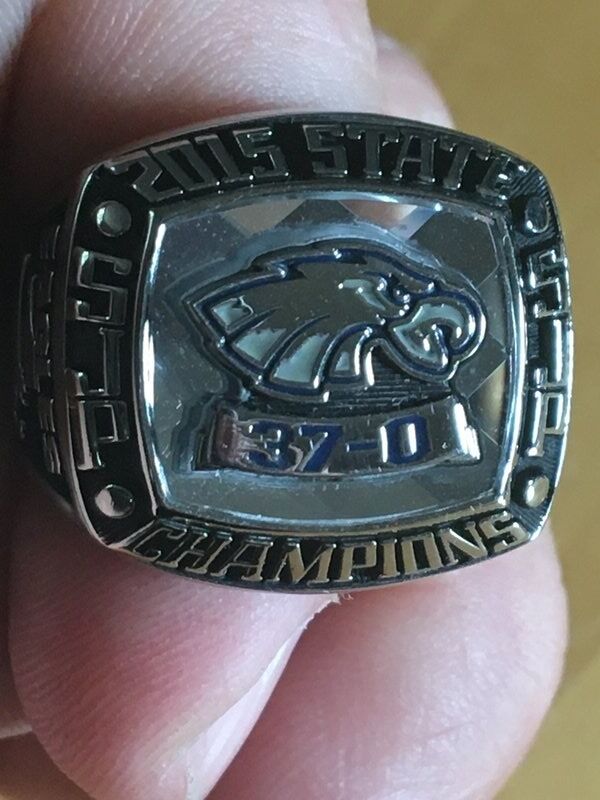 Looking back, we should've known that the best wrestling program in the state would be crowned Kings of the Rings.

St. John's Prep's glitzy and glamorous championship wrestling ring from their 2014-15 season defeated the Eagles recent football championship rings in the finals of our "The Bling's The Thing" best championship fan voting contest.

Head coach Manny Costa's club received more cumulative votes than any of the other 20 rings submitted for our bracket style competition, getting 54.3 percent of the record 328 votes in the final round. The Eagles wrestling squad pinned St. John's Super 8 hockey ring in the opening round, knocked out Gloucester's Super Bowl ring, next beat Pingree's boys lacrosse ring in the quarterfinals and had its closes call in beating back Hamilton-Wenham's boys basketball ring in the semifinals.

The Prep's '15 wrestling squad went a remarkable 37-0 in dual meets and won the state dual meet title. The ring's top is emblazoned with an Eagle logo and that unmatched 37-0 mark. The sides show off grapplers with the player's name and weight class, with the other side showing the No. 1, the state of Massachusetts and the number 599 to represent how many wins the Eagle program had at that point.