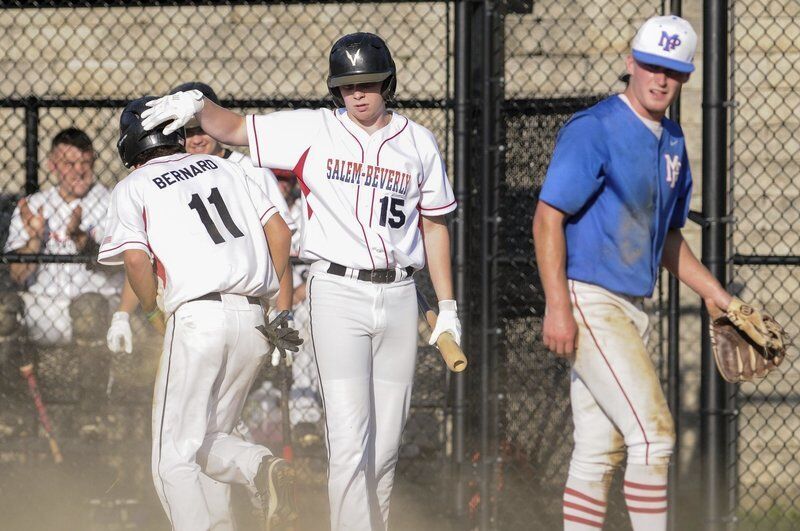 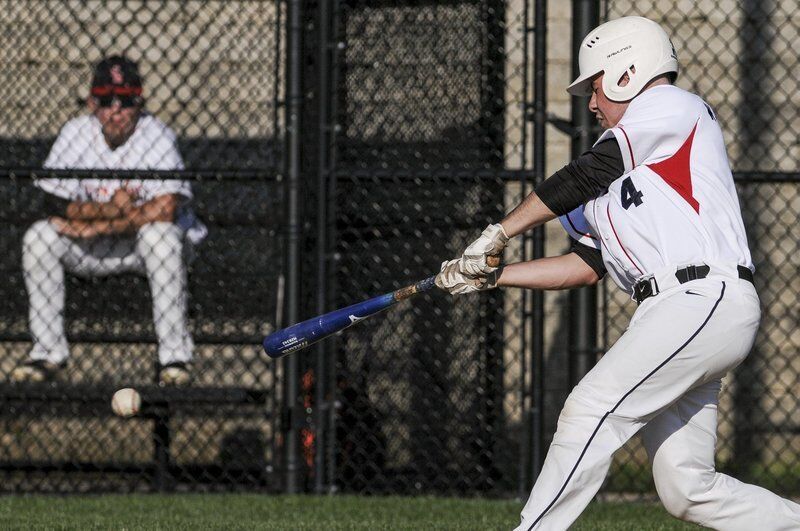 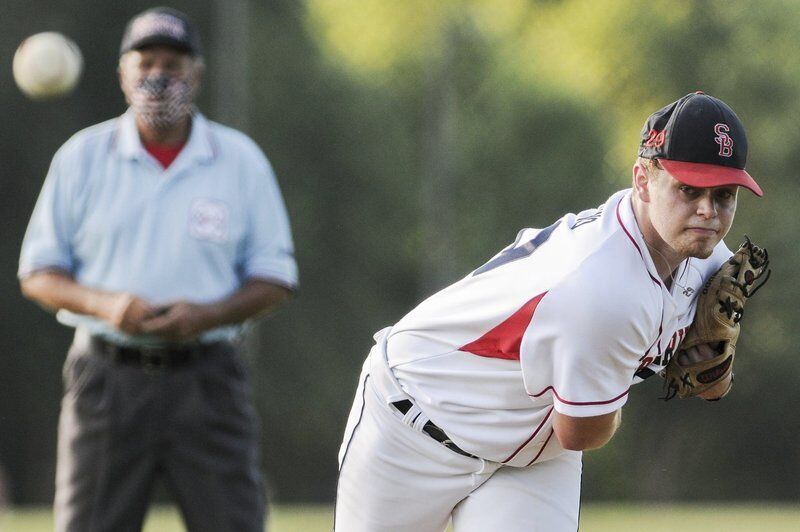 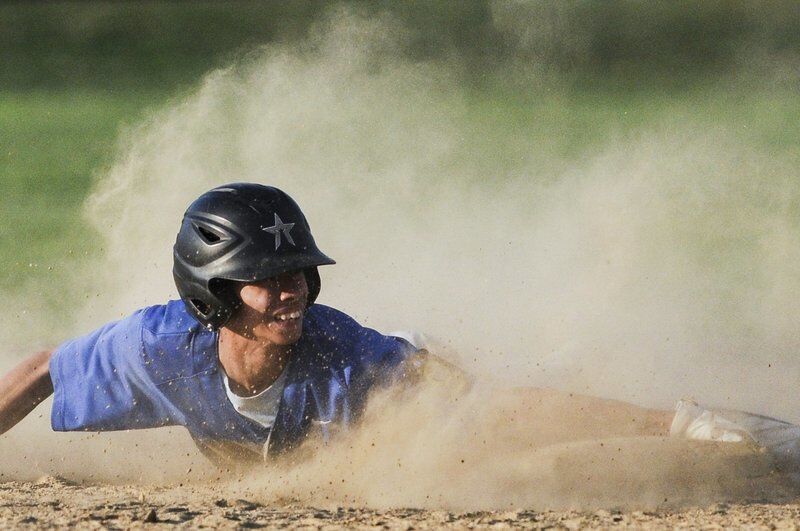 Peabody-Middleton's Jordan Anzouni looks on after being called out for a steal attempt. JAIME CAMPOS/Staff photo 7/29/2020 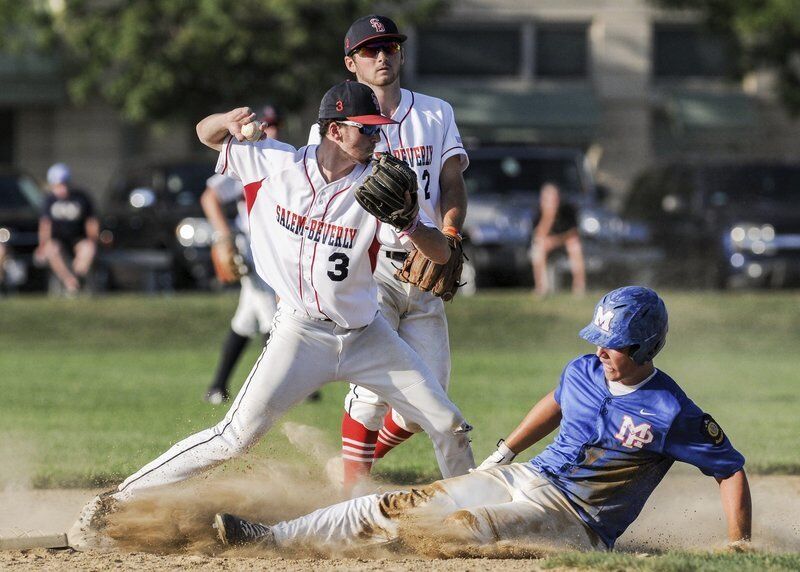 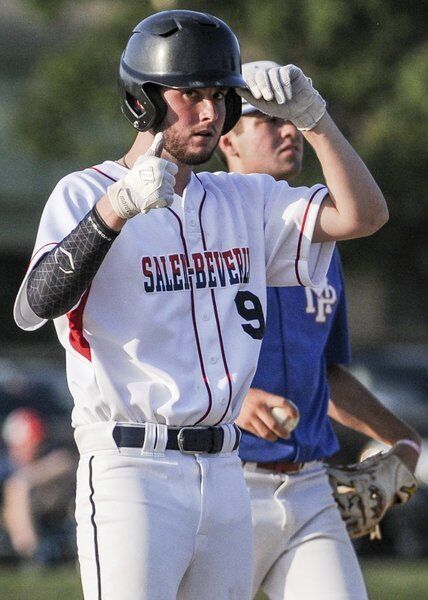 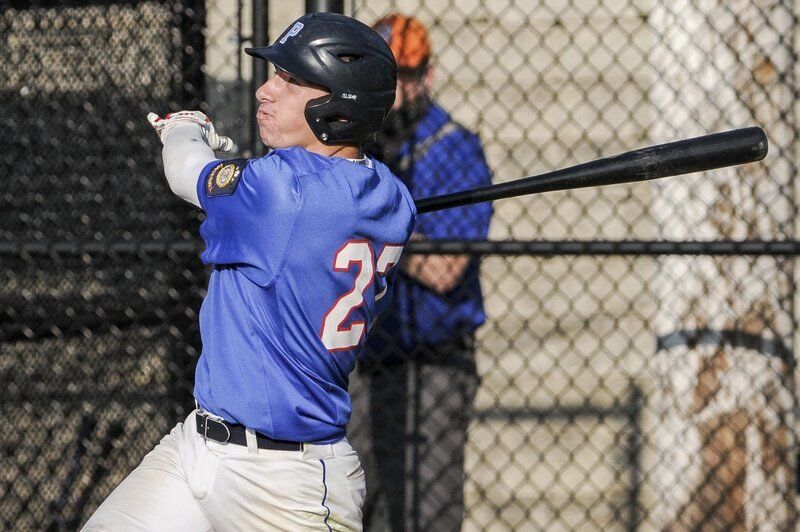 Ryan Knight of Peabody-Middleton looks on after belting a shot to centerfield for a two-run home run. JAIME CAMPOS/Staff photo 7/29/2020 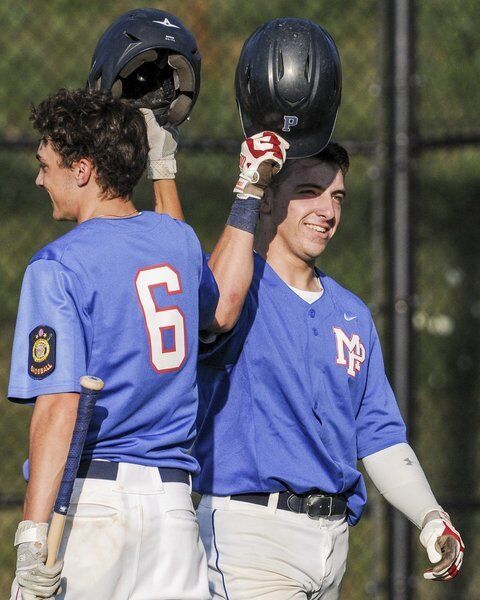 Ryan Knight, right, of Peabody-Middleton is congratulated by a teammate after hitting a 2-run homer. JAIME CAMPOS/Staff photo 7/29/2020 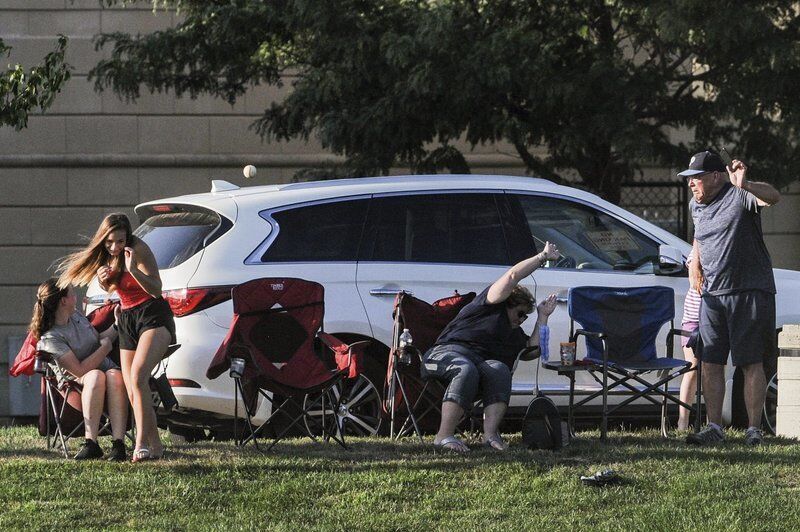 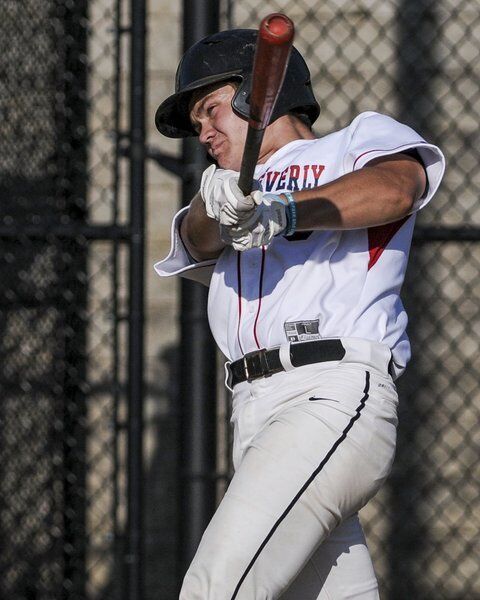 Peabody-Middleton's Jordan Anzouni looks on after being called out for a steal attempt. JAIME CAMPOS/Staff photo 7/29/2020

Ryan Knight of Peabody-Middleton looks on after belting a shot to centerfield for a two-run home run. JAIME CAMPOS/Staff photo 7/29/2020

Ryan Knight, right, of Peabody-Middleton is congratulated by a teammate after hitting a 2-run homer. JAIME CAMPOS/Staff photo 7/29/2020

BEVERLY -- For a moment, it felt like the visiting Middleton-Peabody baseball squad had lit the spark it needed to creep back into this battle of Essex County Baseball League leaders.

Some timely hitting and deft relief pitching from Beverly-Salem's Brennan Frost cooled off any of those comeback hopes as the hosts pulled away from an 11-5 victory on a sunny Wednesday night at Brother Roberts Field.

Now 11-3 with the most wins in the league, Beverly-Salem bounced back after seeing its eight-game win streak broken up on Tuesday night. The hosts opened up leads of 3-0 and 9-2 before Middleton-Peabody got back in the game at 9-5; rather than tightening up, Beverly-Salem saw Matt Ploszay deliver a nice piece of hitting with a single over the first baseman's head to spark a 2-run inning that restored a comfortable lead.

"The guys came to play tonight and was good because we fell off the horse a little last night," said Beverly-Salem manager Mike Levine, whose team was playing for the fourth time in three days. "It's been a little bit of a sprint here. We've got two more games and then we'll wait and see how it shakes out for the playoffs."

Middleton-Peabody was rested but that seemed to hurt them as they dipped to 7-3 and saw their own seven-game win streak snapped. The visitors made some blunders in the field early that led to a few extra Beverly-Salem runs and generally just weren't sharp.

"We were a little flat and that's what happens when you play lackadaisical baseball," said Middleton-Peabody coach Russ Steeves, the Bishop Fenwick head coach who was matched up against the hurler that would've been his ace this past spring if not for the COVID-19 pandemic.

Salem native Jake Miano, a multi-sport Fenwick standout who'll play baseball at Nichols next year, took the ball for Beverly-Salem and threw four strong innings with three strikeouts for the win. Miano added a pair of hits and scored a run for good measure.

"Jake's a great kid. It was fun being on the other side and its good to see him doing well. He'll do great next year," said Steeves.

Beverly-Salem had a 10-8 edge in hits and got base knocks from seven of its 10 regulars. Will Foglietta knocked in Tyler Petrosino (2 hits) to make it 1-0 after one and the lead ballooned on an error and a Petrosino RBI single in the second. Eric DePierro's 2-run double in the third broke it open after Conor Hanlon clobbered a deep triple to spark the rally.

Ploszay (2 hits), Brayden Clark and Nick McIntrye (2 hits, 2 runs) also did some damage for the winners.

"Every body chipped in, up and down the lineup," said Levine.

Peabody's Ryan Knight gave his team some life with a 2-run homer to right center in the third, making it a 3-2 game. The hosts followed with a six-run bottom half, though it wasn't Knight's only highlight of the game since he made a ridiculous running diving catch in center at the end of the night.

"Ryan's crushing the ball right now," said Steeves, "and making every effort on defense. That's the kind of thing you want to see."

Chris Faraca hit a deep triple and scored on Jordan Anzuoni's single as Middleton-Peabody made it a 9-5 game in the fourth. That was as close as they got, though, with Frost coming on and slamming the door to earn a three-inning save. The accurate lefthander struck out four and allowed only two baserunners (singles by Masco standouts Will Hunter and Aaron Zenus).

"Jake pitched great, but he ran out of gas a little and we were fortunate that Brennan was ready to go," said Levine. "He's been great for us out of the bullpen."

With the sides now tied in the loss column and Newburyport sitting at 7-2, the chase for the Essex County League pennant is on.