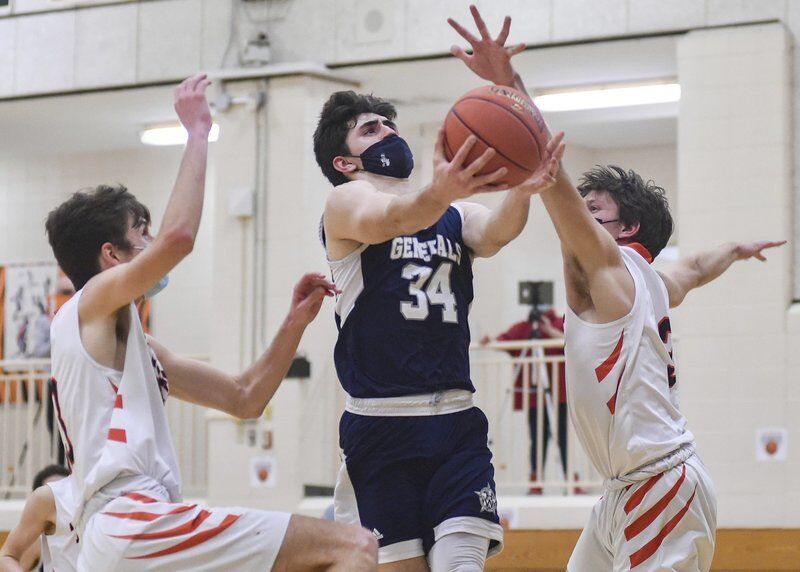 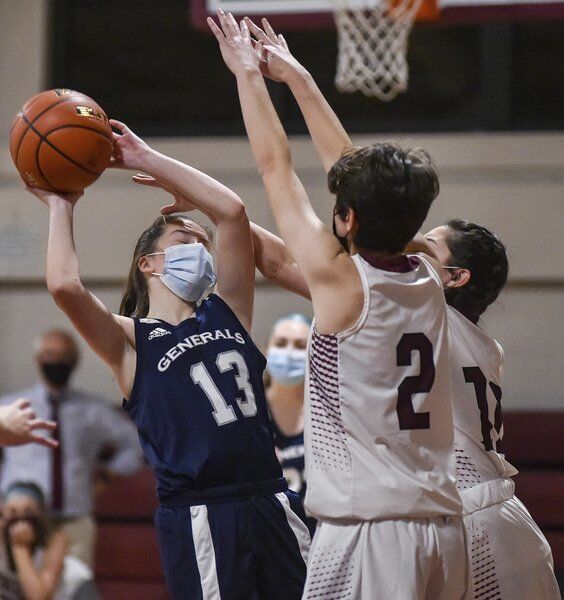 Jane Maguire (13) is a key player for the Hamilton-Wenham girls basketball team and will look to help her team advance in the Cape Ann League tournament. JAIME CAMPOS/Staff photo 1/11/2021 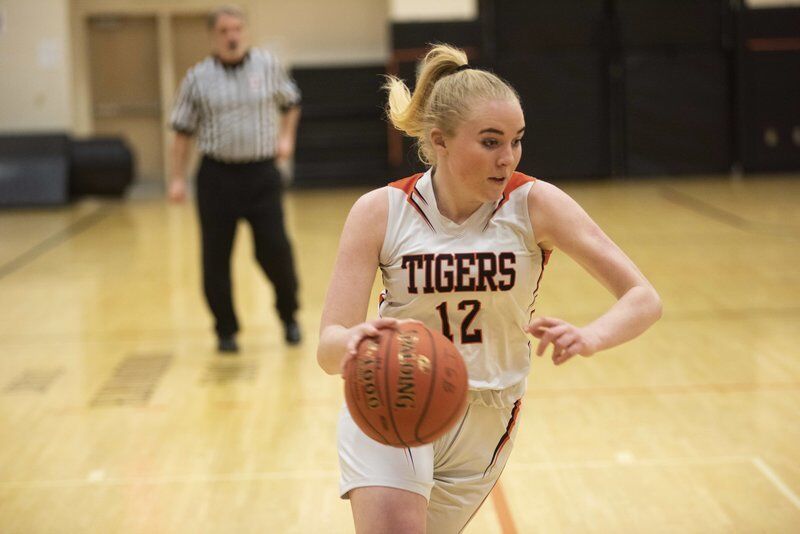 Ipswich's Carter King is a versatile threat on both ends of the floor and will be called upon for big minutes in the upcoming Cape Ann League tournament. RYAN MCBRIDE/Staff photo 2/13/20 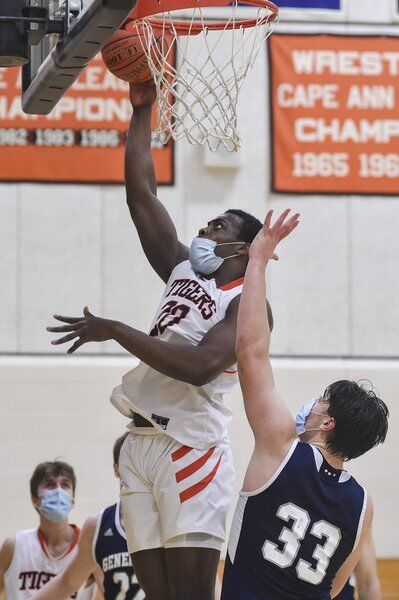 Ipswich's Nikhil Walker is a force down low and will have to have a strong performance Wednesday if the Tigers are to move on in the Cape Ann League tournament. JAIME CAMPOS/Staff photo 2/4/2021

Jane Maguire (13) is a key player for the Hamilton-Wenham girls basketball team and will look to help her team advance in the Cape Ann League tournament. JAIME CAMPOS/Staff photo 1/11/2021

Ipswich's Carter King is a versatile threat on both ends of the floor and will be called upon for big minutes in the upcoming Cape Ann League tournament. RYAN MCBRIDE/Staff photo 2/13/20

Ipswich's Nikhil Walker is a force down low and will have to have a strong performance Wednesday if the Tigers are to move on in the Cape Ann League tournament. JAIME CAMPOS/Staff photo 2/4/2021

No, there won't be any statewide MIAA hoops tournaments this winter; that much we've known from the jump.

However, certain leagues have decided to hold end-of-the-year conference tournaments, giving the players —  and especially the seniors — one last chance to compete for something meaningful.

Here on the North Shore, the Cape Ann League will conduct two separate tournaments, one for the Kinney Division and one for the Baker Division, beginning Wednesday. Four teams from each division qualified; here's a quick glance at what to expect from our local teams as the boys and girls games get underway.

These teams met in late January, with the Generals cruising to a 69-46 triumph. Hamilton-Wenham's overall size up front with starters Carter Coffey, Ryan Hutchinson, Ryan Monahan and Markus Nordin — all of whom are nightly double-double threats — is tough to handle , and the Indians will certainly have to come to play defensively. Nordin is coming off a triple-double performance in an H-W win; Monahan recently notched a 20-20 game with points and rebounds; Hutchinson has led the squad in scoring multiple times this year and provides consistency on both ends of the court; and the burly Coffey is one of the most physically imposing (and offensively gifted) floor generals that the area has to offer.

If Amesbury wants to pull off the upset, it will need a big game from leading scorer Cam Keliher (19.0 ppg.). He scored 44 points in a game earlier this month and is capable of lighting it up from deep (36 threes on the year) on any given night.

The Tigers finished up the pandemic-shortened regular season above .500 for the first time in over a decade. Their last winning season came back in 2007 when they finished 18-2 and made a run to the Division 4 North championship game. If nothing else, Ipswich will certainly be hungry to keep their season alive.

The Tigers possess size in the paint with big man Nikhil Walker (11.8 points, 12.1 rebounds per game) as well as a knockdown shooter and pure scorer in Ray Cuevas (14.5 points per game, 28 threes). Those two will both need to turn in strong performances if they want to avenge a tight 45-42 setback to Manchester Essex earlier this season.

The Hornets will look to use their size and physicality to their advantage. Frank Wood, Jack Shaw (the team's leading scorer) and Will Larson are all big bodies that relentlessly attack the glass. For what it's worth, Manchester Essex is the only CAL Baker team to top Hamilton-Wenham this winter, a group that beat Ipswich by over 20 points.

The top-seeded Indians will certainly present challenges for Hamilton-Wenham, a team they beat handily (64-31) just last week. In fact, Amesbury has beaten each of the other three Baker Division tournament teams by double digits. If Hamilton-Wenham is going to have a chance at an upset, it'll need top-tier performances from the likes of Jane Maguire (team-best 8.1 ppg.) and Abby Simon (team-high 9.4 rpg.). The Generals are certainly capable of knocking down shots from deep, with Maguire having hit eight treys this winter and Sarah Cooke pumping in 11 shots from deep.

They'll hope to contain scoring machine Avery Hallinan, who enters the postseason with a scoring average of 19.0 ppg. for Amesbury. Hallinan has had individual games of 32, 26, 22 and 21 points this season and has drilled seven triples. Gabby Redford is another streaky shooter to watch out for.

The Hornets come into the postseason having won three of their last four, but did fall to Ipswich back in the season opener last month. Expect a different game this time around, though, as both teams have come a long way since that first night back on the court.

From Manchester, Gianna Huet and Lily Athanas both pose threats offensively with their shooting and slashing skills, respectively, while Emma Fitzgerald boasts a solid post game and could be a problem down low. Ipswich has seen both Carter King (12.1 ppg., 9.3 rpg.) and Riley Daly (11.5 ppg., 8.8 rpg.) serve as nightly double-double threats and consistent forces on both ends of the floor. Daly in particular can also get hot from deep, having knocked down 13 triples on the year. Ava Horsman provides a nice counter presence in the post and has torn down 10 rebounds per contest; all signs point to a competitive, down-to-the-wire bout in this one.