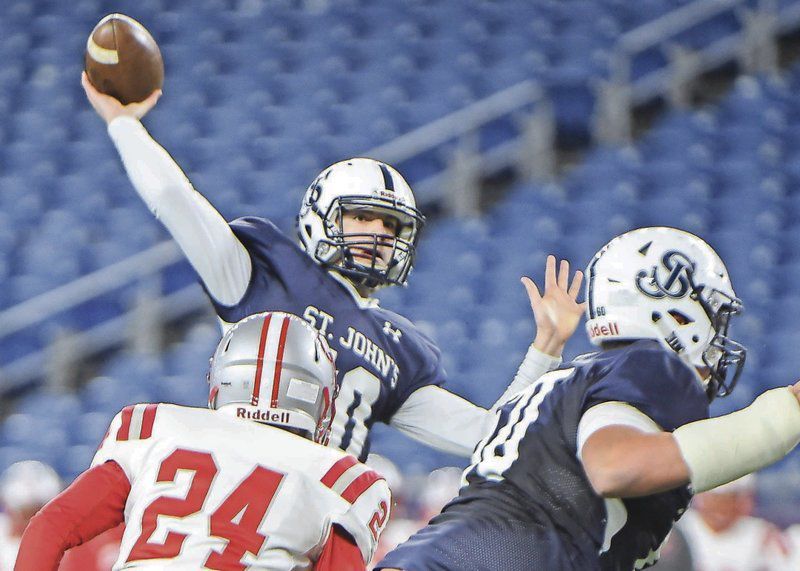 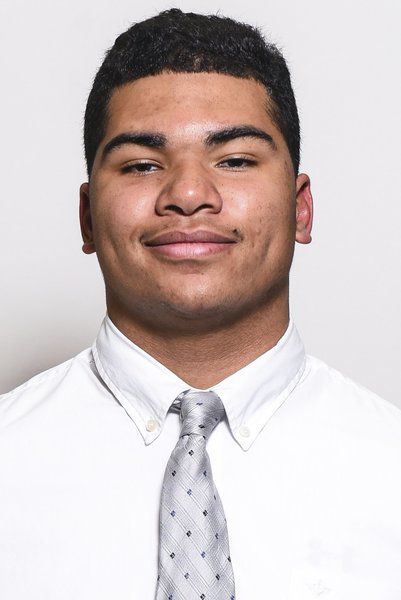 St. John's Prep's Team 113 (the nickname for the 2019 Super Bowl champs) was loaded with talent so it's no surprise that many college coaches sought out Eagles looking looking to continue their careers at the next level.

Mason Davis made an official visit to the University of New Hampshire last weekend, and decided that's where he wanted to play football the next four years. He will join St. John's Prep teammate Cooper Smith, who committed to the Wildcats 10 days ago.

"Tufts is a very good fit for Matt," said Prep head coach Brian St. Pierre. "He had aspirations to play at the highest level, and also wanted a very good academic school. Tufts offers the best of both worlds, and they are getting an outstanding player, a two time Super bowl champion, captain, and someone that had a highly decorated career. He's a very good student with a strong worth ethic."

Crowley was a leader, who grew and matured the more he played in big games, saving his best for the biggest stage. He was 6-for-12 for 145 yards and a touchdown pass in the 21-14 Super Bowl win over Catholic Memorial at Gillette Stadium.

The Salem News Player of the Year led his team to a 21-3 record the past two seasons. The 6-foot-2, 200 pound Topsfield resident threw for a record 4,619 yards and 49 touchdowns. This past season he compiled 1,691 yards and 17 touchdown with only four picks and a 58.2 percent pass completion. He was also the Tom Brady of high school QB's, always a threat on the quarterback sneak, rushing for five TD's.

"For me it came down to Tufts or Bowdoin," said Crowley. "I went to Tufts on game day in October and then back for my official visit in late January. I loved everything about the school and the team. Academics was always first for me with football second. I'm super excited to commit and know where I'll be playing."

Crowley is looking to major in economics with a minor in finance. He is getting ready for his final lacrosse season before spending time lifting and running to get ready for camp.

Davis and Crowley committed hours apart. Davis was responsible for protecting his quarterback, and could always be counted on.

"He's my guy," said Crowley. "Mason was always there for me."

Davis was the Salem News Lineman of the Year, at his best in the trenches every game. He anchored the offensive line at left tackle, protected Crowley's blindside, and was a terrific blocker. The 6-foot-3, 250 powerful lineman from Peabody, is very quick and light on his feet for his size.

He also plays basketball for the Eagles. Davis has been playing since he was in the third grade, starting as a linebacker for the Peabody Raiders, who soon moved him to the line where he has been ever since.

Davis was also a key defensive player at tackle, rarely coming off the field. He's also an excellent student with a 3.75 GPA and was highly sought after. UNH was at the top of his list along with Colby, St. Anselm, Stonehill, and Merrimack. UNH started recruiting him about three weeks ago and offered a very good scholarship package.

"They started late, but showed a lot of interest and one of the coaches came to my basketball game," said Davis. "When I went for my official visit I loved the campus. It was my first time there, and I really liked everything about the school and especially the coaches. I always knew I wanted to play at the highest level I could, and this is a wonderful opportunity for me."

Davis intends to major in business marketing or history. The Wildcats, who will have a heavy North Shore presence in the trenches with Davis, Smith and Marblehead's Aidan Michaud all in this year's recruiting class, plan to red-shirt him and are looking for him to put on some weight.

"They want me to get up around 285 pounds which is a big push, but I feel I can do it once basketball season ends. Playing basketball is a lot fun for me, something I really enjoy. It's pretty great to be playing together with Cooper because he's a great friend and teammate."

"Mason is getting a very good package, and it's a great situation for him," said St. Pierre. "He's a kid I I really loved coaching. He had a wonderful career, starting for two and a half years, and as good a football player as he is, Mason is an even better kid. He's a guy I never worried about because he was always reliable, always prepared."

Davis said he is fortunate his parents sacrificed for him to go to the Prep. He has always been a big kid, but also very athletic. His best football years are ahead of him."