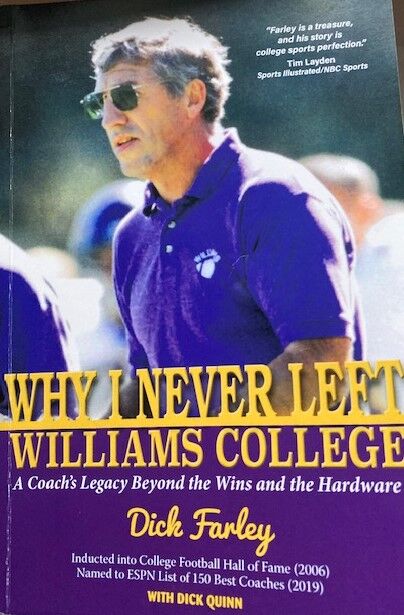 The remarkable coaching life of Danvers’ Dick Farley at Williams College is chronicled in his new book. 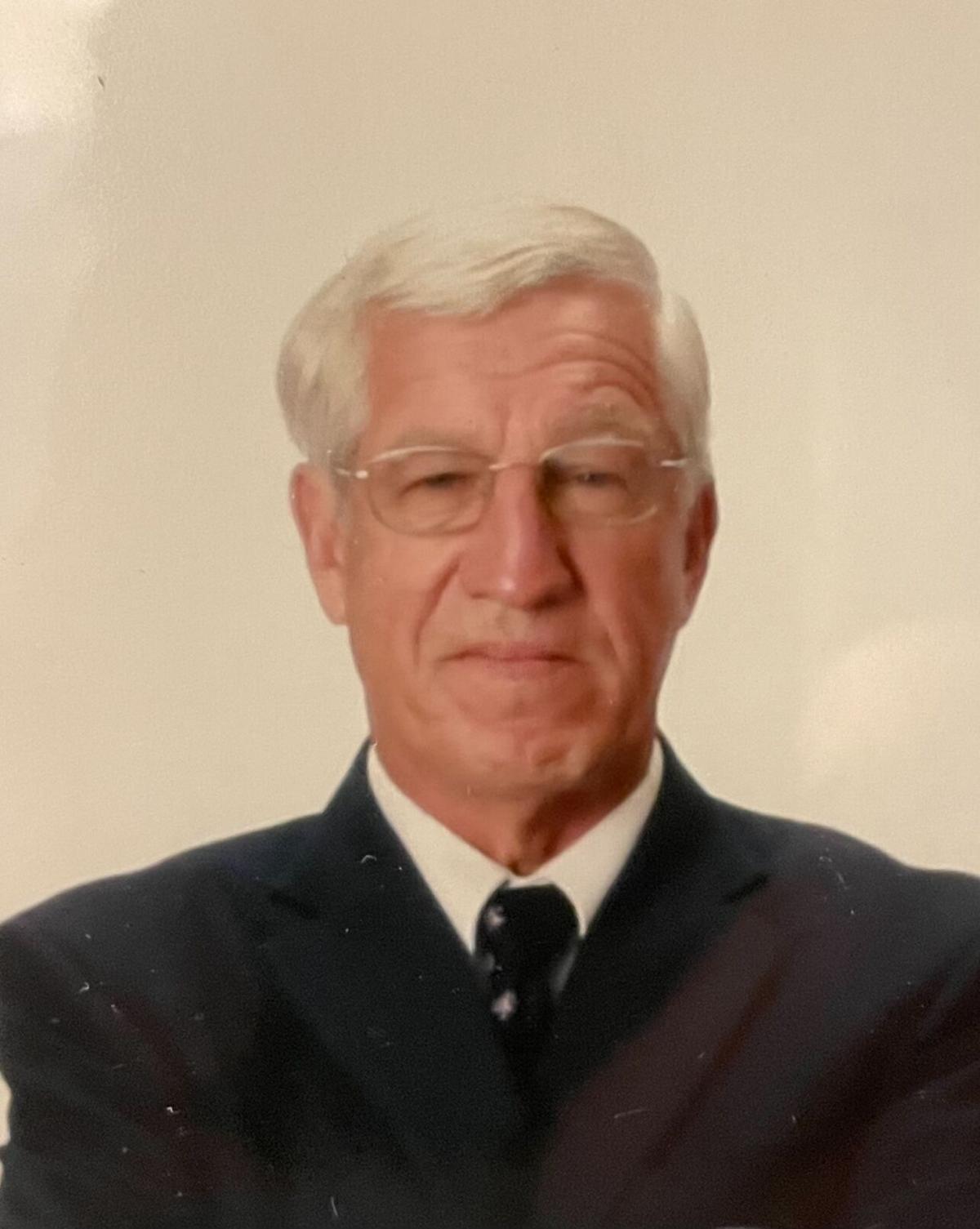 The remarkable coaching life of Danvers’ Dick Farley at Williams College is chronicled in his new book.

As the first Danvers-bred player to make it to the National Football League, Dick Farley earned a unique and exalted status in his hometown.

As a two-year starter at safety for the San Diego Chargers before a debilitating back injury abruptly ended his playing career, he had surpassed all expectations, even as a star player – and track standout — for St. John’s Prep and Boston University.

But those years were only the beginning of his extraordinary life in football (and track and field) that was raised to legendary status by his 44-year tenure at William College; a tenure that, too, surpassed all expectations.

Farley’s career at the acclaimed western Massachusetts institution followed a two-year stint as an assistant football coach and physical education teacher at Danvers High. His Williams tenure began with a 15-year stretch as an assistant football coach under Bob Odell, followed by a historic 17-year reign as head coach. During that time, Farley’s teams went a combined 114-19-3.

The now 75-year-old Farley led the Ephs to five perfect 8-0 seasons, a one 7-0-1 season, and two separate 23-game unbeaten streaks: the first being 23 consecutive wins, the second 22 wins and one tie.

They had never had a perfect football season since the sport began at the school in 1884 until Farley took over.

After Farley was inducted into the College Football Hall of Fame in 2006 — and before he was named by ESPN in 2019 as one of America’s 150 greatest college football coaches of all time — Williams sports information director Dick Quinn received a phone call from the now-retired coach.

“Dick asked if I would help put his stories from his years at Williams down on paper,” Quinn writes in the preface to what evolved into a masterful 333-page biography of Farley’s life at the school, titled “Why I Never Left William College...A Coach’s Legacy Beyond the Wins and the Hardware”.

“Dick told me his wife Suzanne suggested that if he were to write a book, I would be the person who should help. I said yes immediately; I was honored to be asked. Our conversations on this book spanned three-and-a-half years. He was so open and honest throughout the process. The book is a perfect final chapter on Dick’s remarkable time at Williams.”

The seven-page appendix titled “The Dick Farley Era at Williams College” says it all. The sections cover his unprecedented years as football and track and field coach, his awards and honors, notable achievements related to his players and achievements and his coaching impact, i.e., a sampling of his players who have thrived beyond Williams, including as football coaches (such as Wake Forest head coach Dave Clawson, Wesleyan head coach Dan DiCenzo, Brown head coach James Perry and former Wesleyan head coach Mike Whalen) and as educators.

But what gained Farley national recognition, rare for a Division 3 coach, was his historic tenure as the Williams football coach.

“I actually hadn’t thought about a project like this until quite a few years after I retired from football,” Farley confessed. “But since 2003 the many positive comments I’d received, as well as many letters from friends and former players, kept the concept in the back of my mind.”

As an analogy, it’s like Farley handed off the pigskin to Quinn and Quinn scored 12 touchdowns in one game, the book was done that professionally.

“It all really started with the youth coaches I had in Danvers, then the coaches at the Prep who made such an impression,” Farley, who grew up on Chestnut Street in Danvers, said. “I’m referring to people like Bill Ford, Jack Gahagan and John Riggs at the youth level, then Buster DiVincenzo, Frank Bettencourt, Brother Leon and Brother Patrician at the Prep. Not that I was thinking so much about becoming a coach when I was that young. But once my NFL career was cut short, I had to do something ... and I’m glad I went into coaching.”

“No one’s happier about that than Williams College,” said Quinn, when informed of that quote from Farley. “Fact is no one has had a more direct impact, both athletically and professionally, on Williams College athletes over such a long period than Dick Farley.”

Williams College paid the ultimate tribute to Farley when the new football/lacrosse field was named for him and his long-time assistant, Renzie Lamb, who also served as head men’s lacrosse coach for 35 years.

“Renzie, many other assistant coaches and countless athletes made me look good all these years,” Farley observed.

Maybe so, but this marvelous volume captures the essence of Farley the man and Farley the Williams College coaching immortal.

(Copies of “Why I Never Left Williams College” can be purchased from the website of The Print Shop Williamstown located on Spring Street in Williamstown.