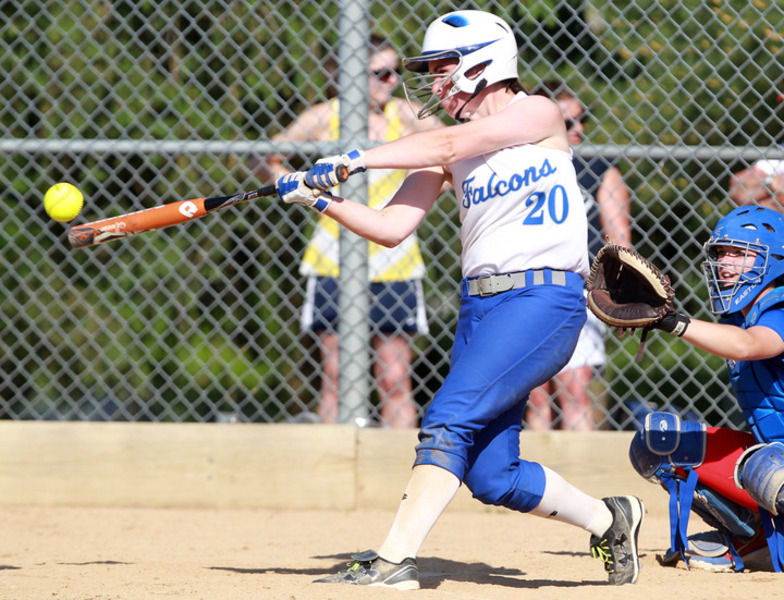 Junior captain Caitlin McBride and the Falcons have been putting together fundraisers in order to pay for their April vacation trip to Florida. 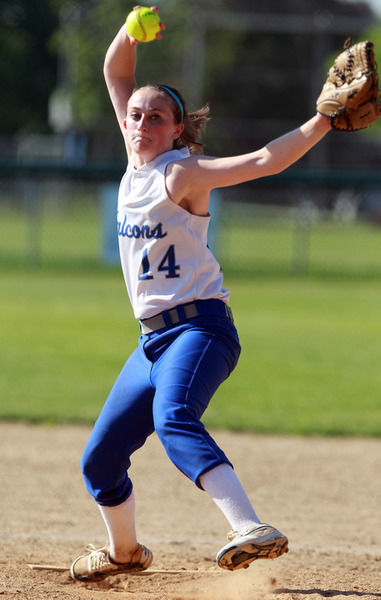 Kendall Meehan and the Danvers softball team are headed Disney World during April vacation as part of bonding experience. The Falcons will practice each day while they're down there and also play in three games.

Junior captain Caitlin McBride and the Falcons have been putting together fundraisers in order to pay for their April vacation trip to Florida.

Kendall Meehan and the Danvers softball team are headed Disney World during April vacation as part of bonding experience. The Falcons will practice each day while they're down there and also play in three games.

There’s only one thing the Danvers High softball team is thinking about right now ... and it doesn’t have to do with any potential Christmas presents they might be receiving.

Instead, the Falcons are focused on their upcoming trip to Disney World in April and have been counting down the days since head coach Tara Petrocelli announced they would be playing in sunny Florida.

“We’re very excited,” said senior captain Kendall Meehan. “We haven’t stopped talking about it. It’s definitely going to be great spending so much time together. We just can’t wait for it.”

After a wildly successful regular season last year, Danvers (19-2 overall) won the Northeastern Conference title, went unbeaten in league play at 16-0 and earned the No. 1 seed in the Division 2 North state tournament. But they bowed out of the postseason quarterfinals to Tewksbury, and ever since have been itching for this season to begin.

The trip, which is scheduled for the week of April vacation, will feature three games as well as daily practices.

Petrocelli, who earned her 150th victory at DHS last spring and begins her 11th season there in 2014, also took her 2005 squad to Florida.

“After being successful in our area (in 2005) we decided to go to Disney to see how we stood up against competition out of our region, and we did quite well,” noted Petrocelli. “This was an invaluable experience for these players.

“Likewise, we have a very talented group of juniors and seniors and wanted to give them this opportunity. This team is incredibly close and every time I think they couldn’t be any closer, they prove me wrong. We have very strong leadership this year. We get to spend a ton of time together, which definitely will help with team chemistry.”

Meehan and fellow captains Devyn Downs (first base), Caitlin McBride (catcher) and Brittany Dougal (shortstop) were all starters on last year’s team. Meehan, who was named the 2013 Salem News Player of the Year, shown on the mound, throwing a perfect game against Lynn English and hurling 10 shutouts last spring.

Despite graduating two key components in second baseman Chrissy Gikas (Endicott) and center fielder Julia Saggese, the Falcons are an established machine on the diamond.

“Skills and talent can take you so far, but chemistry and commitment raise you to a whole new level,” Petrocelli said of the spring vacation.

The trip isn’t all business. The team will participate in a variety of team-bonding activities and have a chance to go to Disney parks.

While the plans are already in place, the process of funding the trip is still in the works. During the holiday season Meehan and her Danvers teammates have put together wreaths, which they are selling. They’ve also been selling raffle tickets for a chance to win Celtics tickets and also have a corn hole tournament at the high school scheduled for sometime in January.

“We are still in the process of making this a reality,” added Petrocelli. “The softball boosters have provided the financial footing, but we still have a long way to go with our fundraising to make this a reality. The girls are working very hard trying to make this their reality and have done a variety of fundraising, including sending sponsorship letters to local businesses.”

Donations can be sent to Danvers High School Softball, P.O. Box 175, Danvers, MA 01923 or through the team’s website at http://www.danversfalconsoftball.com/.

Peterborough - Eva H. Sacharuk died, peacefully, at her home in Peterborough, N.H. on June 1, 2021. Before moving to Peterborough in 2019, she was a long-time resident of Wenham, Massachusetts where she raised her family with her husband Serge since 1960. Eva is survived by her loving husban…