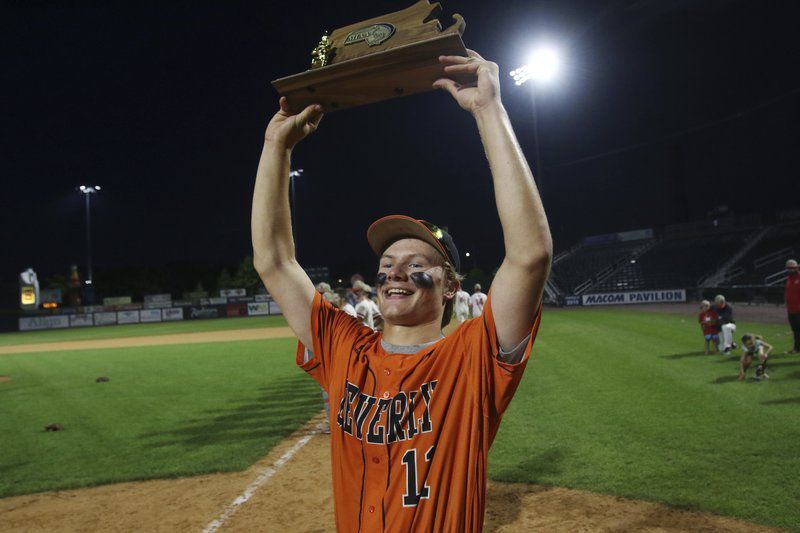 File photo The North final win in 2018 by Beverly and Tim McCarthy helped baseball have the most combined playoff victories of any local sport for the 2010-19 decade. 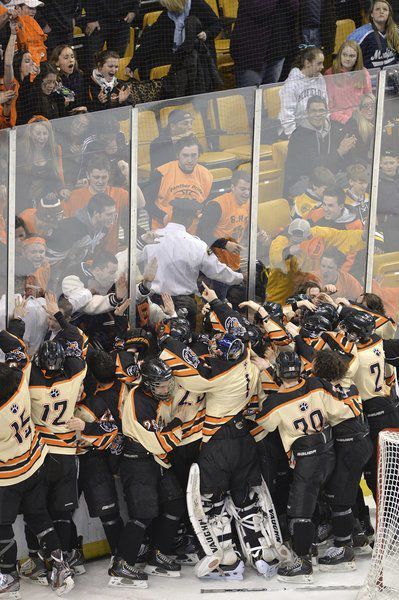 File photo Beverly's boys hockey state title in 2014 was one of several instances of local teams skating at TD Garden, making it a memorable 2010-19 decade for their sport. 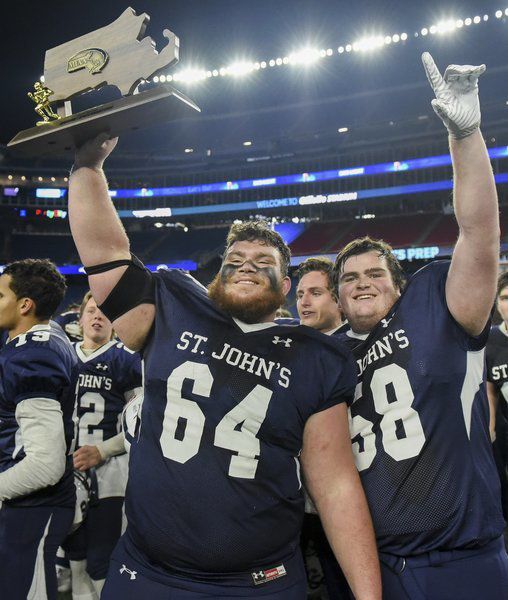 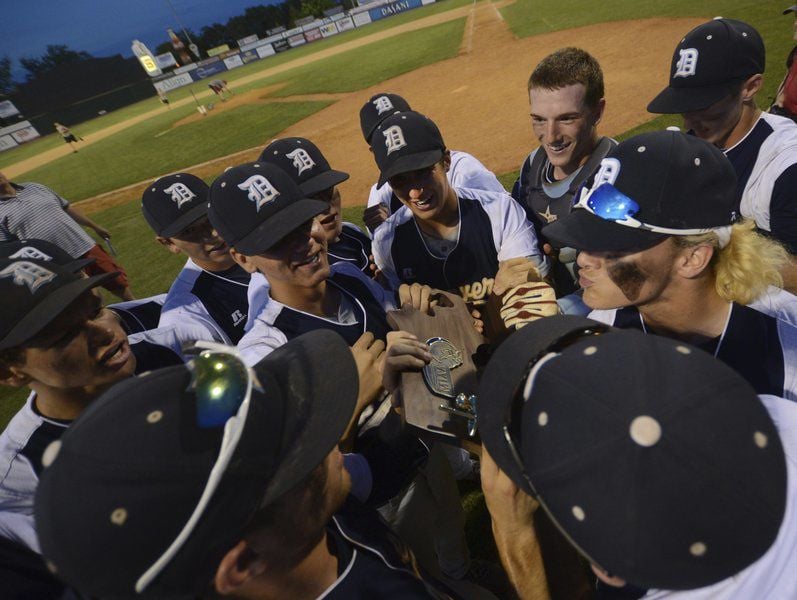 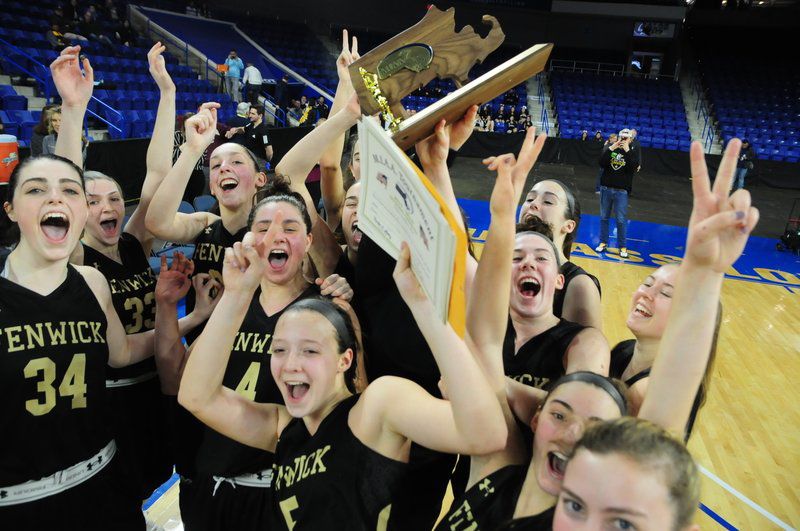 JIM VAIKNORAS/Staff photo Bishop Fenwick's copious success in girls basketball helped the Crusaders finish pretty high on our list of local team with the most state playoff wins in the 2010-19 decade.

File photo The North final win in 2018 by Beverly and Tim McCarthy helped baseball have the most combined playoff victories of any local sport for the 2010-19 decade.

File photo Beverly's boys hockey state title in 2014 was one of several instances of local teams skating at TD Garden, making it a memorable 2010-19 decade for their sport.

JIM VAIKNORAS/Staff photo Bishop Fenwick's copious success in girls basketball helped the Crusaders finish pretty high on our list of local team with the most state playoff wins in the 2010-19 decade.

Yes, that’s the catchy intro to the song Paul Simon wrote for the tenth anniversary of the Oprah Winfrey Show. Look it up on YouTube and see if it doesn’t remain stuck in your head all day.

Musical digressions aside, it’s also been a quick ten years in high school sports. The second decade of this century, the teens, is coming to a close as far as high school sports are concerned. So when we sat down to add up the best winning percentages in state tournament play for Salem News area teams and sports this year, we decided to go one step further and add up those numbers for the ten year period spanning 2010-19.

Before unveiling the findings, lets revisit the formula for these annual “Willies” that compare and contrast state tournament performance. Only Massachusetts Interscholastic Athletic Association tournaments are considered; if there are brackets posted, we add up the wins and losses.

For the decade numbers, we used the fall of 2009 through the spring of 2019. With the high school sports calendar running from fall-through-spring, either Fall ‘09 would be placed with the 10’s decade, or the Spring of ‘20 would be. Since Spring 2020 feels like it should be with the 20’s, we decided to run from the 2009-10 school year through the recently completed ‘18-19 season.

As procedural notes, the tourney results from the former North Shore Tech were included in Essex Tech’s decade totals. Football results include the state playoffs that began in 2013 and not the previous Tuesday semifinal era. Now, onto the results.

The winningest and most active state tournament program on the North Shore this decade was Masconomet Regional. The Tri-Town powerhouse’s athletic programs participated in an astounding 251 state playoff games in the last ten seasons, winning state titles in baseball and boys soccer. Overall, Masco’s 130 total playoff wins were the most by any school, and it’s no surprise as almost every year they have by far the most different teams qualify for tournament play.

The best winning percentage belonged to St. John’s Prep, which posted 125 victories. The Eagles won state titles in basketball, hockey, football and lacrosse this decade and made the state final in baseball and soccer. Across the board, no program was as dominant as St. John’s, especially considering they’re at the Division 1 level facing the stiffest competition.

Similarly, Bishop Fenwick enjoyed a variety of success, with 112 wins. The Crusaders had titles in volleyball, football and girls basketball with a baseball North crown thrown in, and were third in winning percentage.

Ipswich finished second in winning percentage, going 83-57 in tournament play. The Tigers’ dominant decade in both boys and girls lacrosse had a huge hand in that mark.

Danvers and Marblehead both played over 200 total state tournament games, showcasing the across-the-board consistency and excellence that has almost all of their boys and girls teams above .500 each year. The Falcons (111-105) and Hamilton-Wenham (83-79) were the other two schools with winning records in the playoffs for the decade, bolstered by memorable boys basketball titles at both schools.

Swampscott did well at 91-94, buoyed by recent successes in football, girls and boys soccer, girls lacrosse and a couple of boys hockey runs to the D3 North title.

Over and over, we’ve sworn fealty to baseball as king of the North Shore sports. This decade, the diamond kept the crown. North Shore baseball teams had the most playoff wins (130), best playoff win percentage (.575) and most total games (226). Though Masconomet had the only baseball state title, the number of teams that won at least the North crown and played for a state title is staggering: Danvers (three times), St. John’s Prep (four times), Beverly, Hamilton-Wenham and Bishop Fenwick; half the teams in the coverage area reached at least their divisions Final Four.

Girls soccer was very close in terms of success. The sport was 111-86, second in wins, percentage and games. The all-time teams that won state titles in Peabody (2011) and Danvers (2017) were the most successful, but girls soccer saw teams like Swampscott and Beverly win North titles along the way.

Boys hockey did well at 76-61, finishing third in percentage, with a number of teams reaching the TD Garden ice including St. John’s Prep (three times), Beverly, Swampscott (twice) and Marblehead. Football was next by percentage while boys soccer was third in total wins with 95, a credit to the incredible success of Masco plus numerous sectional final runs by the Prep, Beverly, Hamilton-Wenham and Swampscott.

It was a bit of a trick-or-treat decade for boys basketball, which interesting finishing under .500 at 70-71 despite having the most total state titles with Danvers’ three, one from St. John’s and one from Hamilton-Wenham.

As for the bragging rights for the 2018-19 school year, they went to girls soccer for overall percentage. Both football and baseball were also tied for the most wins with 13, going 13-10.

Girls hockey finished 4-3, going over .500 in tournament play for the first time in the fledgling sport’s history. Girls lacrosse also had a great spring, going 8-6 with two sectional finalists. Field hockey was also over .500 for the first time since we’ve been keeping these records at 8-7, helping along by Masconoemt’s historic Division 1 North title. Boys hockey went 9-8, another great winter on the ice.

St. John’s Prep had the year’s best tournament win percentage, going 15-7 for a .682. The most total wins belonged to Bishop Fenwick, which went 18-13.

Masconomet had 16 total playoff wins and Swampscott had one of its best athletic years in recent memory with 14. Ipswich was third in percentage, going 9-7.

Marblehead was busy all year with 20 total playoff games (thought the Magicians won only nine) while Danvers (8-10) and Peabody (7-10) weren’t far behind in total tourney action.