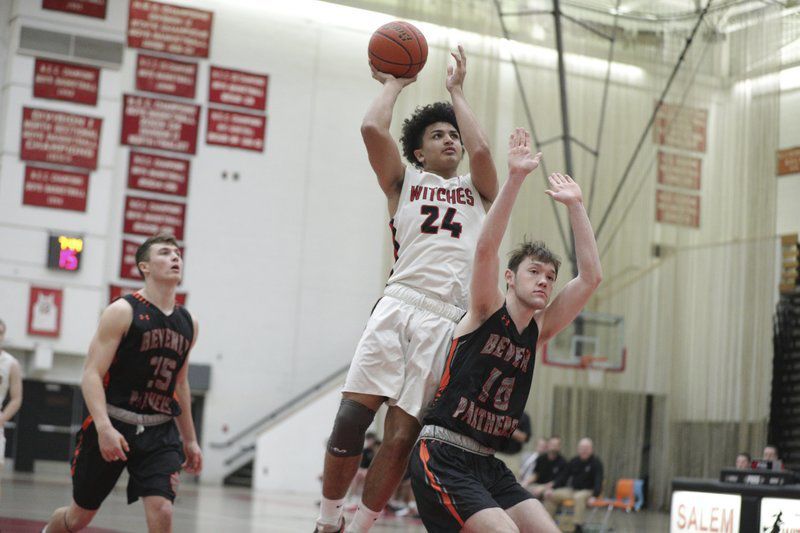 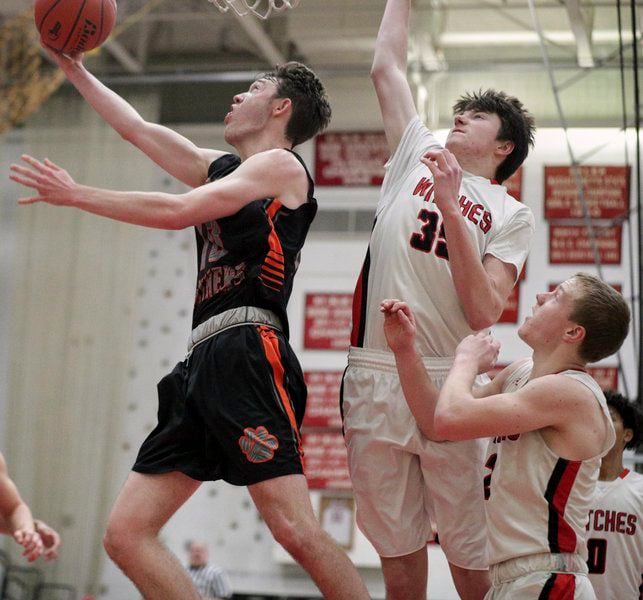 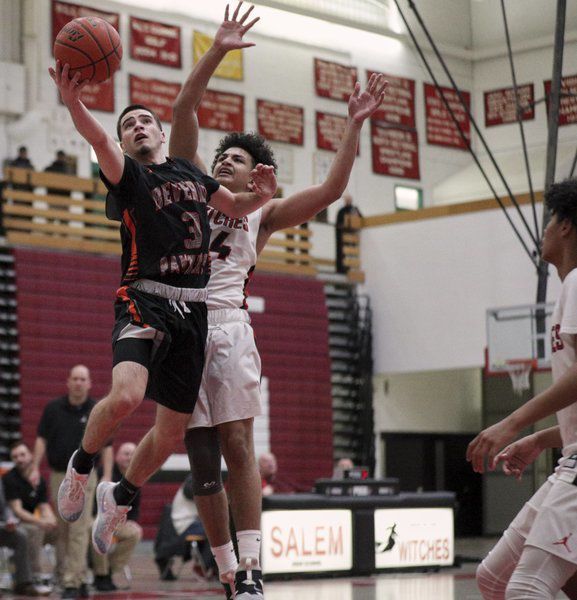 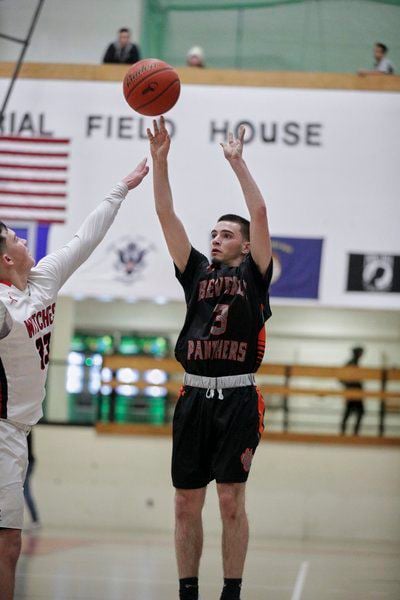 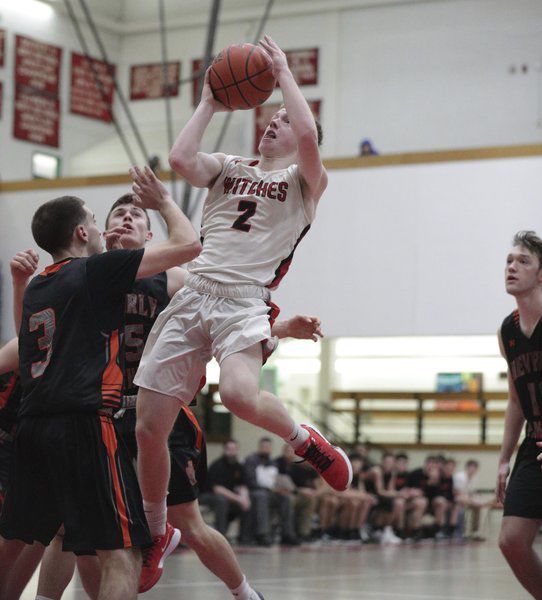 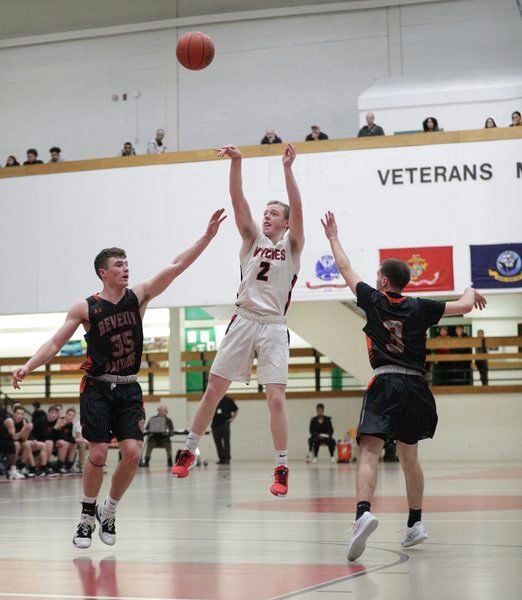 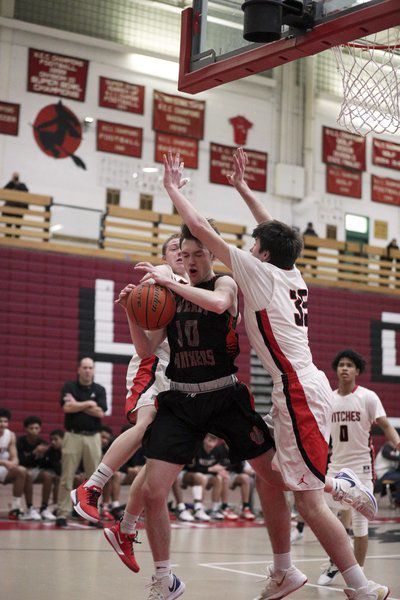 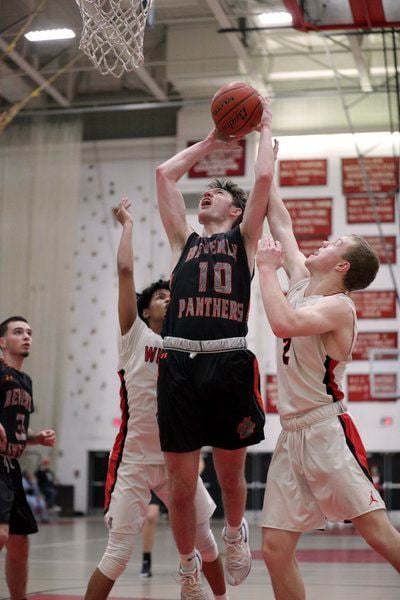 SALEM -- Two seasons ago the Beverly boys basketball team battled back from a double-digit deficit to beat rival Salem.

A year later, the Witches did the same against the Panthers. And Friday night on the road, it was Beverly's turn to return the favor.

Trailing by as many as eight in the first half and heading into the locker room down by one, the Panthers came out with a newfound intensity in the third quarter and wound up streaking to a 60-52 triumph.

Both Duncan Moreland (18 points, 4 rebounds, 2 assists, a steal and a block) and Jack Crowley (17 points, 20 rebounds, 4 assists, 7 steals and 2 blocks) got it going after recess, pounding it down low and yielding quality results.

"We really just started off slow so when we were in the locker room (at halftime) coach told us we needed to work harder," said Crowley, his team still unbeaten at 7-0.

"We knew that we needed to come out with more energy; they're a hard working team so we just had to work harder."

Trialing 28-27 at the break and struggling to get their go-to guys Moreland (he had just four points in the opening half) and Crowley going, the Panthers seemingly flipped a switch. Moreland in particular got to work down low, pumping in 12 points in the third quarter alone to help his squad outscore the hosts, 21-13, in the third. The senior swingman also had a steal and breakaway, two-handed slam in the frame that only added spark.

On the other end, Crowley was gobbling up every defensive rebound in his vicinity and getting the ball to guards Damian Bouras (11 points, 4 rebounds, 4 assists) and Justin DeLaCruz (3 points, 5 rebounds, 4 assists, 2 steals). The defense to offense, coupled with a height and athleticism advantage in the post, proved to be a lethal combination down the stretch.

"It's funny, we didn't change anything X and O wise from the first half to the second," admitted Beverly coach Matt Karakoudas. "What we did in the second half was exactly what we wanted to do all game and that was pound the ball down low to Duncan and Jack. As soon as we started getting it inside we went on a nice run and our defense stayed strong and we started rebounding the ball. I know we outrebounded them in the second half and that's the difference."

For Salem, which got off to a terrific start thanks to some efficient shooting across the board and timely stops, Bobby Jellison helped keep his team within striking distance after the break. The junior sharpshooter canned four triples, three of those coming after the break, and finished with a team-high 18 points. Point guard Guillermo Pimentel also made some great offensive plays and crashed the glass hard despite his size, finishing with 13 points, eight rebounds, three assists and three steals.

"Bobby's been a bright spot all year for us," said Witches' head coach Tom Doyle. "He's really played well and does it all out there on the court for us. We love having him on our team.

"There really were no huge negatives to take away from tonight; the effort was there and we came up with some great plays. But we went through a lull offensively in the second half on top of them going on a scoring spree so it was a bad combination. But I'm proud of our guys. Great high school basketball game."

Jorge Guerrero did his best to counter the work of Moreland and Crowley inside, finishing with seven points, eight rebounds and a block.

For Beverly, Austin Ayer contributed some solid minutes off the bench, scoring four points to go with two rebounds a steal and a block.