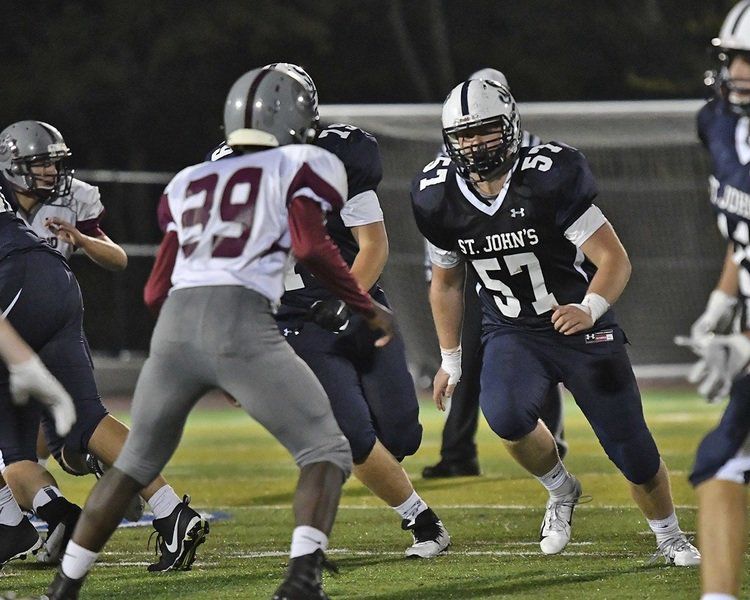 St. John's Prep junior linebacker John McDonald has his eyes on getting into the Westford Academy backfield. Rose Raymond photo 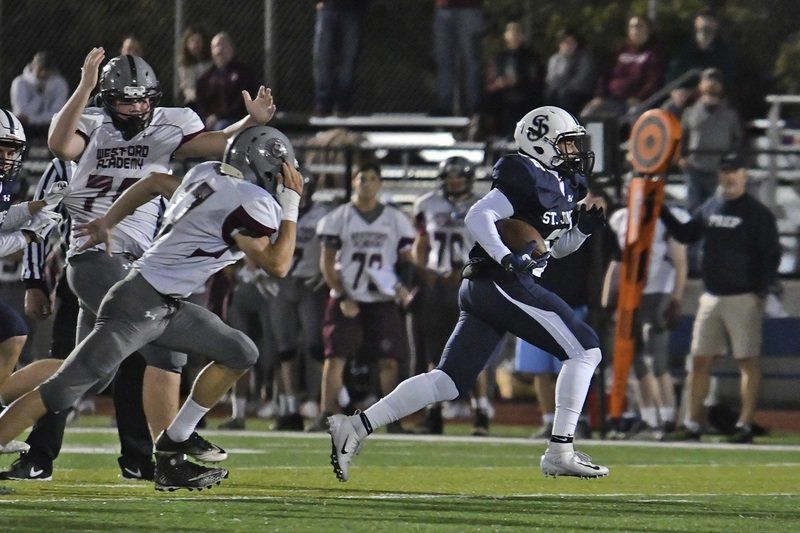 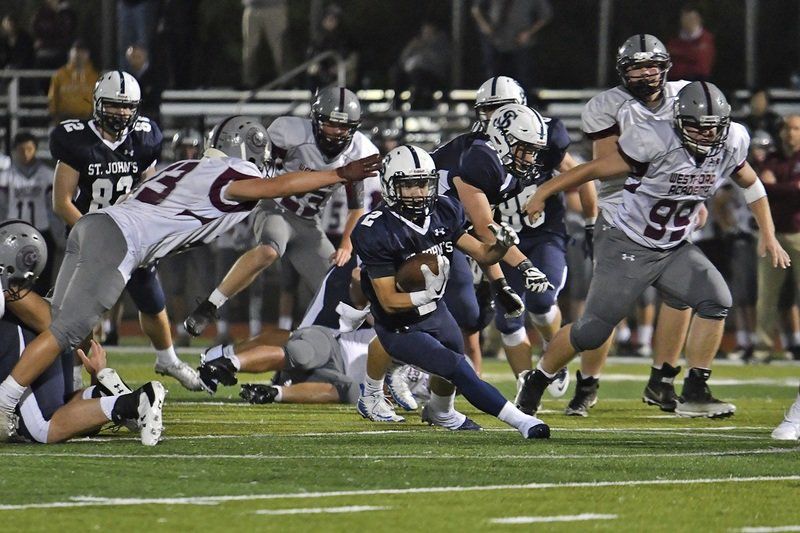 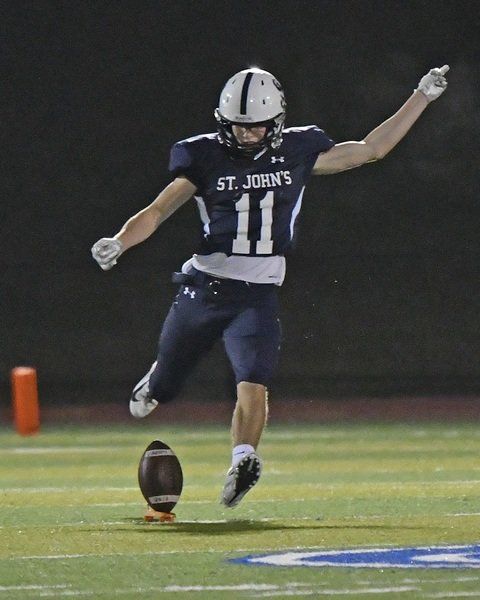 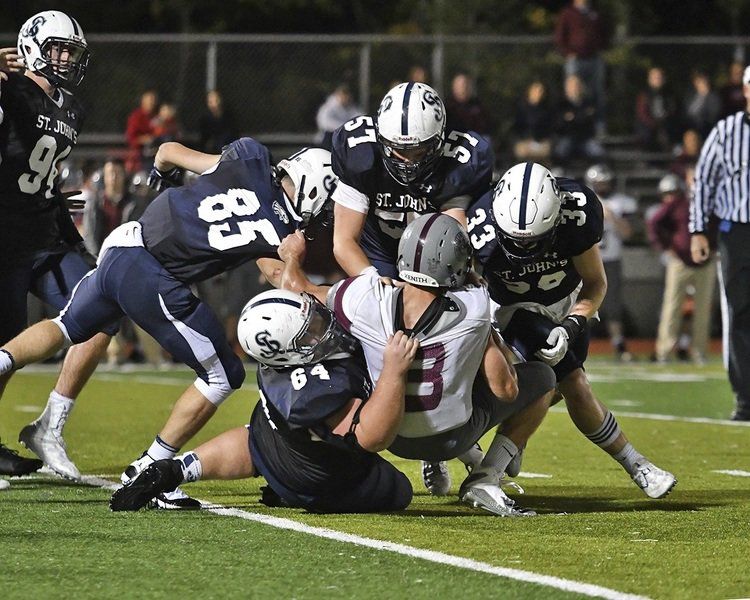 St. John's Prep junior linebacker John McDonald has his eyes on getting into the Westford Academy backfield. Rose Raymond photo

DANVERS — Friday night proved to be an awesome display of offensive power by the St. John's Prep football team.

Running back Aise Pream had three touchdowns, Wes Rockett a pair of TD receptions and Sean Majeski kicked all five extra points as the Eagles rolled over Westford Academy, 42-0. The Eagles are now 3-1 after bouncing back from a tough loss to Everett a week ago.

"Give Westford credit for stepping up to take this game (when Malden Catholic elected not to play)," said Eagles head coach Brian St. Pierre. "They were overmatched, but showed some fight. That No. 3 (Faretra) is a tough kid; he's their best player."

After going three and out on the opening drive, St. John's Prep scored on its next three possessions to build a 28-0 lead by halftime.

Pream broke loose for a 60 yard scoring run late in the first quarter. Then quarterback Matt Crowley found receiver Wes Rockett for touchdown catches of 18 and 13 yards, respectively, before Pream picked off a Nicholas Faretra pass less than a minute later for a 30-yard pick six.

The Grey Ghosts' best drive came early in the first quarter when they marched 40 yards to the Eagles 23 before two offside calls pushed them back 10 yards and Faretra was sacked by James Taylor, who had another outstanding game at defensive tackle.

They went for it on fourth down, but Faretra's pass was broken up in the end zone by Rockett. Three plays later Pream's long run put the Eagles ahead for good.

"They were selling out the run big time, putting nine guys in the box," said Prep coach Brian St. Pierre. "I'm stubborn and stuck to our running game. It was good to get Aise going and get the ball to Wes, to get him involved early. We're a balanced offense and can run or throw. We had a few problems early, but got it going. Any time you win 42-0, it's a good night."

After having success on the first drive, Westford went 3-and-out the next two possessions before Faretra threw the interception. They were able to move the ball right before halftime when the QB had some success throwing, but it stalled in the red zone, and on the last play of the half Faretra was sacked by Taylor.

For the hosts, Pream's third touchdown was a 15-yard run midway through the third quarter. After that St. Pierre went to his bench, but the offense didn't slow down. Freshman James Guy had a 51-year run for the final touchdown, displaying shiftiness and explosive speed, and Cooper McNinch came up with the second interception of the game.

"We were trying to run the ball to keep the clock running, but we didn't have it long enough in the second half," said St. Pierre. "One play and James Guy broke one."

Next Saturday the Eagles travel to West Roxbury to face Catholic Memorial in the first Catholic Conference game.

"We're dinged up right now, and didn't have Coltan Tangney (LB) back. Last week Will Moulton (center) broke his wrist in the Everett game, and Trent Tully is out with a concussion," said St. Pierre. "We've positioned ourselves for the games ahead, and are battle tested after Central Catholic and Everett.

"Catholic Memorial is the real deal, and now October is here we're into the league and have to get ready for the playoffs ahead."