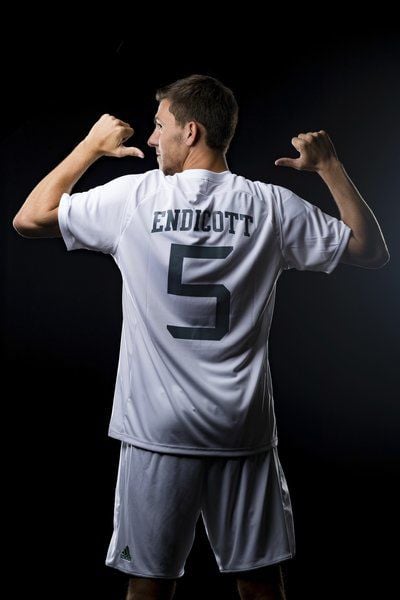 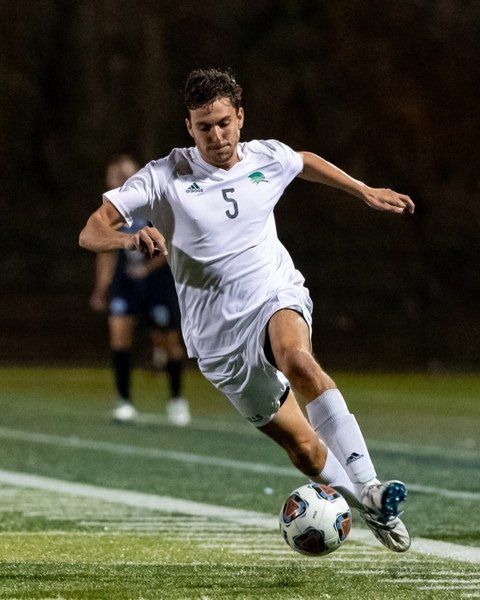 BEVERLY — Evan Couchot has had an impressive career for the Endicott College men’s soccer team so far.

Last Friday night against their arch rivals from neighboring Gordon, the four-year starting forward netted two of his team’s three goals to help the Gulls secure their first conference win of the season.

It so happened that Couchot entered the Gordon game with 97 career points. His first goal pushed that total to 99, while his second tally pushed Couchot into the school record books with 101 points.

When asked how it felt to score that goal and eclipse the 100-point plateau that so many soccer players never reach in their college careers, Couchot was admirably honest in his answer.

Thanks in large part to Couchot's team-leading 10 goals, two assists and 22 points, the Gulls sport a respectable 5-3-1 record heading into Friday night's game at Curry College. They are 3-0-1 in their last four games and seemingly catching fire just in time for their upcoming slate of Commonwealth Coast Conference contests.

“I think that we’re coming really well together with each other and we’re getting a lot of guys on the team healthier, so we can have a lot more subs come on and make a big difference,” Couchot, now the owner of 105 career points (47 goals, 11 assists), said about his team’s hot streak. “I think everything’s just coming into place how we want it.”

The 6-foot-1, 175-pounder from Mason, Ohio looks to be catching fire at the right time, too. He has scored five goals over the last three games and is on pace for over 20 goals and 40 points, both of which would be career highs.

The irony that Couchot didn’t have the slightest clue is fitting when you look at his journey from an incoming freshman to a senior tri-captain and 100-point scorer.

Coming into his freshman year at Endicott, Couchot was nervous. After all, he was moving from high school soccer in Ohio to a whole new beast, going up against athletes who had been training, both on the field and in the weight room, at the college level for years.

“I really had no idea what to expect. It’s kind of hard to come from high school and know how it’s going to be, how the play style is,” Couchot admitted, “And being in a different geographical location, (soccer) here plays a different style.”

This is where Couchot's older brother Conner, a 2018 Endicott graduate who also played soccer, really helped out.

“My brother was training me all summer," said the Biology/Biotechnology major. "He helped me prepare for what I was going to go up against.”

It’s safe to say that Couchot was trained well because he proceeded to put up 26 points, slotting home 11 goals and tallying four assists, while also taking home CCC Rookie of the Year honors in his freshman season. Thus, the journey to 100 career points began.

Couchot’s sophomore season was a special one, both individually and team-wise. The forward, an All-CCC First Team selection, put up a statline identical to his freshman year with 26 points (11 goals, 4 assists), proving that he would be a mainstay in the Endicott lineup for years to come. The Gulls, on the other hand, defeated Gordon in the CCC championship game to capture their second title in school history (and first since 1998).

Last fall brought upon another onslaught of points for the Endicott forward as Couchot added 31 to his totals with a career-high 15 goals. Another All-CCC First Team selection, too, came his way.

When asked about his shooter’s mentality, Couchot said his own confidence begins with that which was instilled in the team each day at practice by head coach Joe Calabrese.

“With a lot of what we do as a team, we try to be as confident as we can be,” Couchot explained. “We talk about it all the time. Even if you're in a funk, you've just got to play your game and everything will work itself out.”

Applying this mindset to his own game, the sharpshooter simply said, “I always know if I take a couple bad shots that the next one could be the one that goes in.”

With his senior season looking like his finest to date, and with 105 points and counting, Couchot appears to be ending his career with a bang. Endicott fans are hopeful for another crack at a CCC title.

Couchot, however, is just focused on the day-to-day grind at the moment.

“I think that we just need to play our hardest, just keep doing what we’re doing,” he said. “I think that every day at practice that we work our hardest, we do improve a little bit every day. So if we just continue to improve, we’ll get everywhere we want to be — and probably farther.”