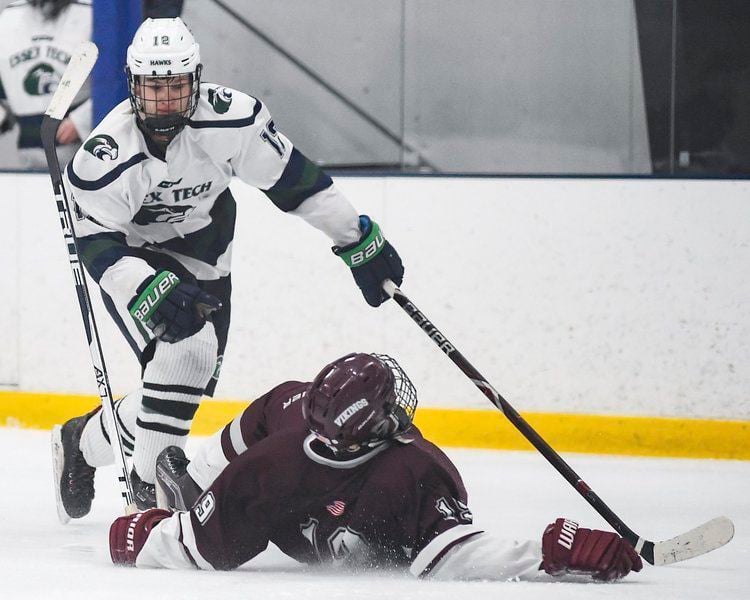 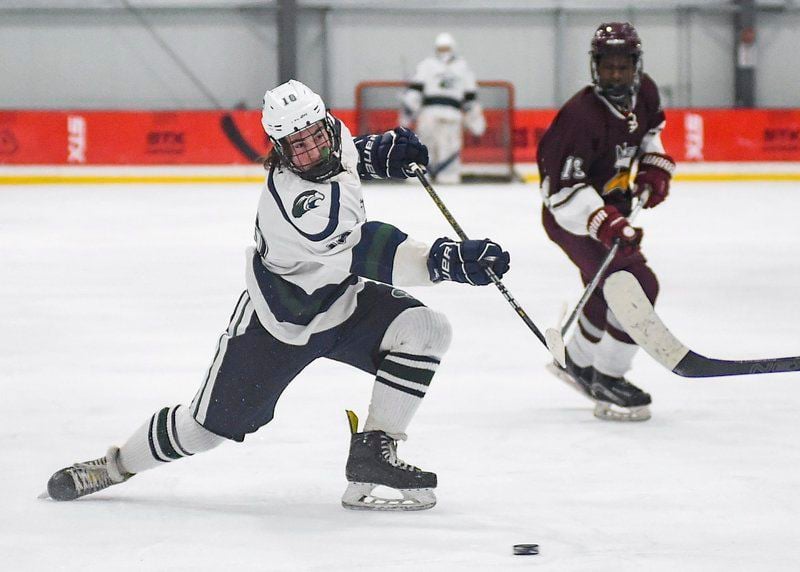 JAIME CAMPOS/Staff photoEssex Tech’s David Egan rips a slapshot Wednesday night in his team’s 1-0 win over Rockport, a game in which he scored the lone goal. 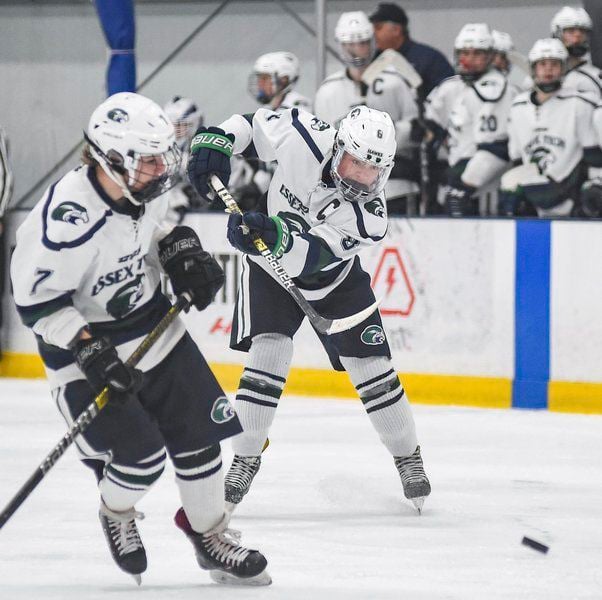 JAIME CAMPOS/Staff photoEssex Tech’s Nick Ippolito slaps the puck towards the Rockport net as teammate Jonathan Daley clears an open path for him. 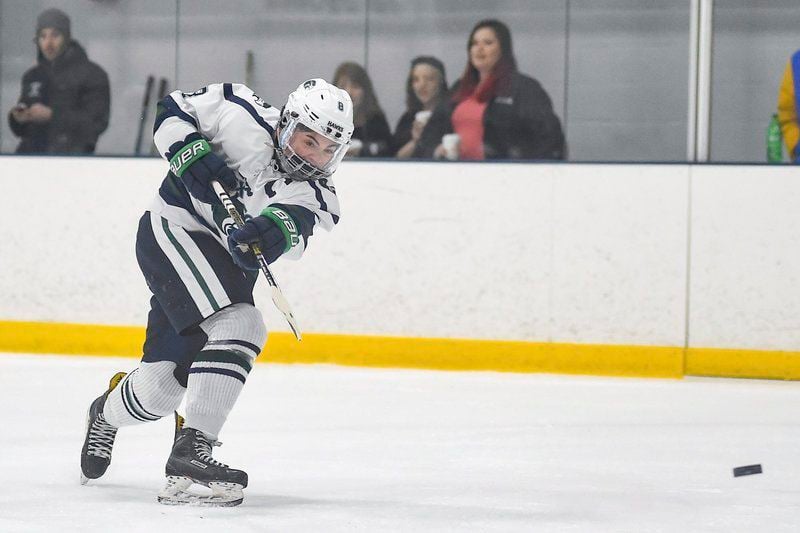 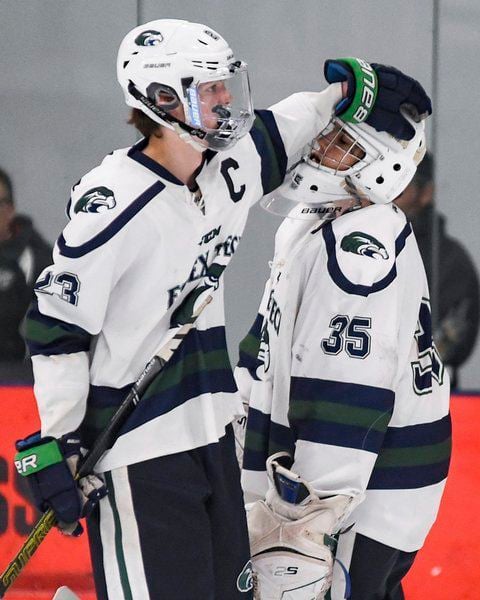 JAIME CAMPOS/Staff photoEssex Tech’s David Egan rips a slapshot Wednesday night in his team’s 1-0 win over Rockport, a game in which he scored the lone goal.

JAIME CAMPOS/Staff photoEssex Tech’s Nick Ippolito slaps the puck towards the Rockport net as teammate Jonathan Daley clears an open path for him.

MIDDLETON — The Hawks of Essex Tech are red hot.

Their hockey team is now unbeaten in its last 11 games after David Egan’s third period goal sent them past Commonwealth Athletic Conference rival Rockport, 1-0, at the Essex Sports Center.

The Hawks are now 9-3-5, with the nine victories representing a new school record.

“This was real good hockey, a grinder like a playoff game,” said head coach Mark Leonard, his team on a 7-0-4 unbeaten streak. “We knew it would be a close, low scoring game, but our lone goal was a really nice one with great passing.”

On that tally, which came 1:45 into the last period, Egan gave senior wing Nick Ippolito a great pass on a 2-on-1 and got it right back. He fired it into the right corner of the net, with Vikings’ netminder Cal Twombly expecting the shot to come from Ippolito on his left instead. It was the 19th goal of the season for the sophomore from Boxford, who is the team’s leading scorer with 31 points.

Ippolito, a senior from Peabody, picked up his 12th assist of the season, and is second in scoring with 19 points.

“It was an even game, but we had one defensive lapse that led to the only goal of the night,” said Rockport (9-7-3) coach Kyle Nelson. “I thought the first two periods were very even, but in the first five minutes of the third they took it to us.That was the difference.”

The first time these two teams met back in December they tied, 2-2, so another close game was to be expected. For the first two periods Hawks’ goalie Jared McLaughlin and Rockport’s Twombly turned aside everything, but Essex Tech came out flying in the third period and quickly scored.

“Rockport outplayed us for most of the second period, and beat us to pucks,” said Leonard. “We lacked that jump in our skating, and talked about it between periods. In the last 15 minutes we played with a little desperation.”

The first line of Chris Grout, Nick LaConte, and Sam Jenkins put a couple of quality shots on Twombly at the start of the period prior to Egan’s goal on the next shift.

From there, Rockport had two power plays but couldn’t find the back of the net because of some big glove saves by McLaughlin and strong defensive play in front of him. The closest the Vikings came to tying it up was with four minutes remaining when first line right wing Andrew Guelli appeared to score in a jam in front of McLaughlin, but the net was dislodged first.

“They crashed it hard and the puck did go in, but the net was off first,” said McLaughlin, who came into the game with a 1.4 goals against average and picked up his third shutout of the season. “My defense did a great job. We want to finish our last games with as many wins as we can to get a high seed in the tournament and maybe a bye.”

With 1:16 remaining Rockport pulled Twombly in favor of an extra skater but couldn’t get a shot off.

“When we had that power play we tried to force the play, and never got any quality chances,” said Nelson. “Their defense did a good job stopping our shots and never letting them get through to the goalie.”