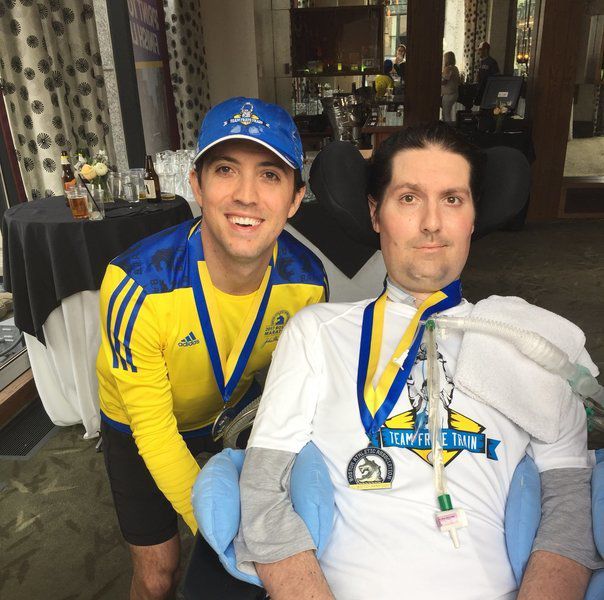 Andrew Frates of Beverly (left) of Beverly poses with his brother, Pete, after finishing his first Boston Marathon in 2017. He'll be running again this September for his late brother and the Peter Frates Family Foundation, which provides funds and support for families of ALS patients wanting to keep their loved one at home. Courtesy photo 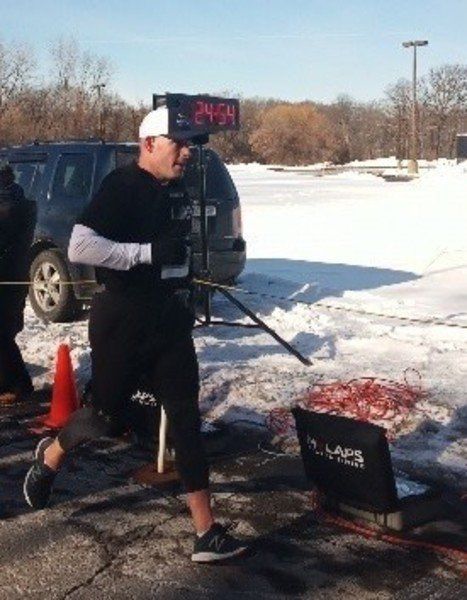 Endicott College police offer Rick Melanson will see the climate around him change dramatically as he prepares for his first Boston Marathon throughout the spring and summer in anticipation for the newly-established September 14 race date. Courtesy photo 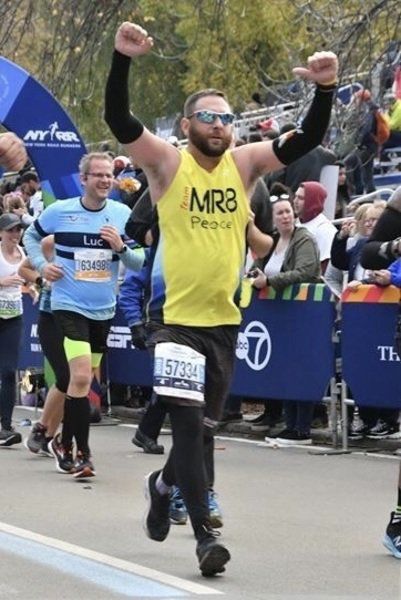 Salem's Jimmy Guy will look to better his preparation for the Boston Marathon, as it has been pushed back to mid-September, while also hoping to raise more funds for the MR8 Foundation. Courtesy photo

Andrew Frates of Beverly (left) of Beverly poses with his brother, Pete, after finishing his first Boston Marathon in 2017. He'll be running again this September for his late brother and the Peter Frates Family Foundation, which provides funds and support for families of ALS patients wanting to keep their loved one at home. Courtesy photo

Endicott College police offer Rick Melanson will see the climate around him change dramatically as he prepares for his first Boston Marathon throughout the spring and summer in anticipation for the newly-established September 14 race date. Courtesy photo

Salem's Jimmy Guy will look to better his preparation for the Boston Marathon, as it has been pushed back to mid-September, while also hoping to raise more funds for the MR8 Foundation. Courtesy photo

Training regiments have been altered. Donations to be raised have been extended. Cold wind and rain will soon be traded in for searing heat and humidity.

The many men and women from the North Shore who were gearing up for the 124th Boston Marathon on April 20 saw their plans change after the world's most famous road race was moved to September 14 because of the coronavirus pandemic.

The bombshell news put a damper on the plans of runners, who were just starting to feel in peak shape. So many of them running to raise money for various worthy causes are trying to put a positive spin on the situation.

While they understand why the race, which attracts the best runners from all over the world, could not go on as usual, having to train in the hot summer months will present other problems.

Endicott College police officer Rick Melanson, who lives in Gloucester, had been training for his first-ever marathon and to raise money for Special Olympics, a cause he has been involved with for some time.

"Although I'm a little disappointed, I understand the precautions that have to be taken," said the 33-year-old Melanson, who played lacrosse at Salem State. "The people of the Commonwealth of Massachusetts and the athletes running are resilient and will get through this tough time.

"It's a disappointment because we were weeks away from stepping to the line in Hopkinton. The marathon is almost an unofficial start to spring: the Red Sox are playing (every April but this one), the Bruins this year would most likely be starting a (Stanley) Cup run, and the city is closed down to celebrate Patriots Day. I looked forward to that day and the atmosphere. Now we'lll have to wait, but it's in the name of health and safety; you can't argue with that."

Melanson said he's trying to put a positive spin on the postponement and views it as a new challenge and being a part of history.

"Preparing for a marathon run is not just physical, it's mental as well," said Melanson, who was asked by Natalia Steffen from Special Olympics to be the first police officer to run it for them. "The physical aspect in preparing to run 26.2 miles is the training, running, and gradually increasing the distance. The mental aspect is preparing to complete those miles and to be ready for any and all obstacles that may cause you to tell yourself you need to quit.

"Now that the date has been pushed back by six months this close to the event means preparation has to change," he added. "I personally will scale back the distance I'm doing to heal; then, as the new date gets closer, ramp my training back up and increase distance again. I don't want to burn myself out by over-training."

Salem High cross country and track coach Jimmy Guy has been a member of Team MR8, which raises money for the foundation set up by the Richard family in memory of their son Martin, who was the youngest victim of the Boston Marathon bombing in 2013.

Guy has mixed feelings about the delay because it will mean only a short time between two marathon runs for him.

"We have become a family, and this being the last Team MR8 event it means a lot to extend my time with them. But this does mean I'll be running Boston and then Chicago one month apart. I'm OK with that."

Two marathon runs in such a short time is certainly less than ideal, but Guy is determined to do it. His other big race is scheduled at the end of May: Boston's Run to Remember.

He's had to change up his training routine to be in line with the new guidelines for social distancing after having gone for runs with the Witches track teams in the past. "I'm going to follow the rules and regulations I need to in order to ensure a healthy status." he said.

Guy is also excited to be part of the first running of the Boston Marathon in another month beside April, meaning he'll get to do so a few days after his September birthday.

Peabody mayor Ted Bettencourt, a former Peabody High cross country runner, was set to join Police Chief Tom Griffin and other Peabody officers running Boston to raise money for Cops Against Cancer. Instead, he's busy trying to keep citizens calm and informed on a daily basis in the midst of the pandemic.

Scale down, then crank back up

Andrew Frates of Beverly is running his second Boston Marathon and raising money for the Peter Frates Family Foundation, which provides funds and support for families of ALS patients wanting to keep their loved one at home.

"Looking at the positive side of things, this gives us more time to raise as much money as we can. But it's going to be hard to do that in such tough times," said Frates, brother of the late Pete Frates, the face of ALS and the Ice Bucket Challenge who passed away in December after a courageous battle with the disease. "The Family Foundation is relatively new, only about a year-and-a-half old. Charities like Dana Farber and the Jimmy Fund are so entwined with the Boston Marathon while we're just getting into it, and I'm thankful I was able to get a bib.

"We were fortunate to have the highest of highs as well as the lowest of lows during the eight years Pete had ALS," continued Frates. "But he saw five years of life with his daughter Lucy and was at home with his wife, parents, brother and sister close by. Anything I do I always try to include Pete's No. 3, so I'll say I would love to be able to raise $33,333 for the Foundation in these crazy times."

Frates was all set to do one of his long runs of 16 miles when he spoke to a co-worker, who had run in the Los Angeles Marathon. "He called to say he'd heard they were going to postpone Boston the next day," said Frates, who also ran Boston in 2017.

"I'll keep training, but tone it down to just stay in shape with maintenance. Having to train during the summer months is going to present another challenge. Overall, we've had a mild winter and running when it's 50 degrees isn't bad at all. The heat will be a different matter. I'll scale down for a while, then crank it back up when the time gets closer."

Melanson said when the crisis is over, he'd love to invite everyone to an event that would be both a fundraiser for Special Olympics and a celebration that life can return to normal.

"The race has been run every year since 1897, even during World Wars and the Depression. So I guess being part of the first ever time it's been postponed in 123 years makes all of us special," he said.