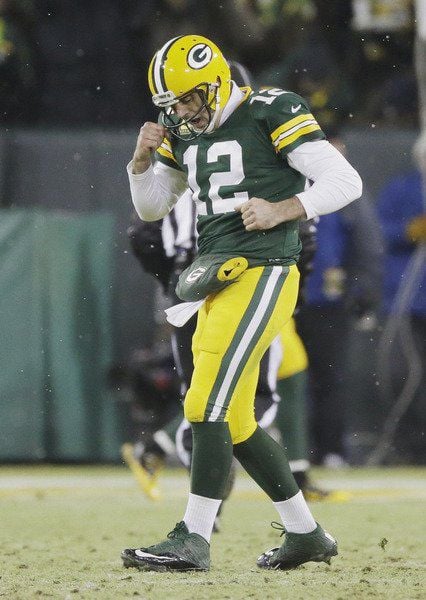 Aaron Rodgers has some company in the QB room in Green Bay. In case you're wondering, it did wonders for Tom Brady when Jimmy Garoppolo was drafted by the Patriots in 2014. Brady improved his game, probably due to the competition. 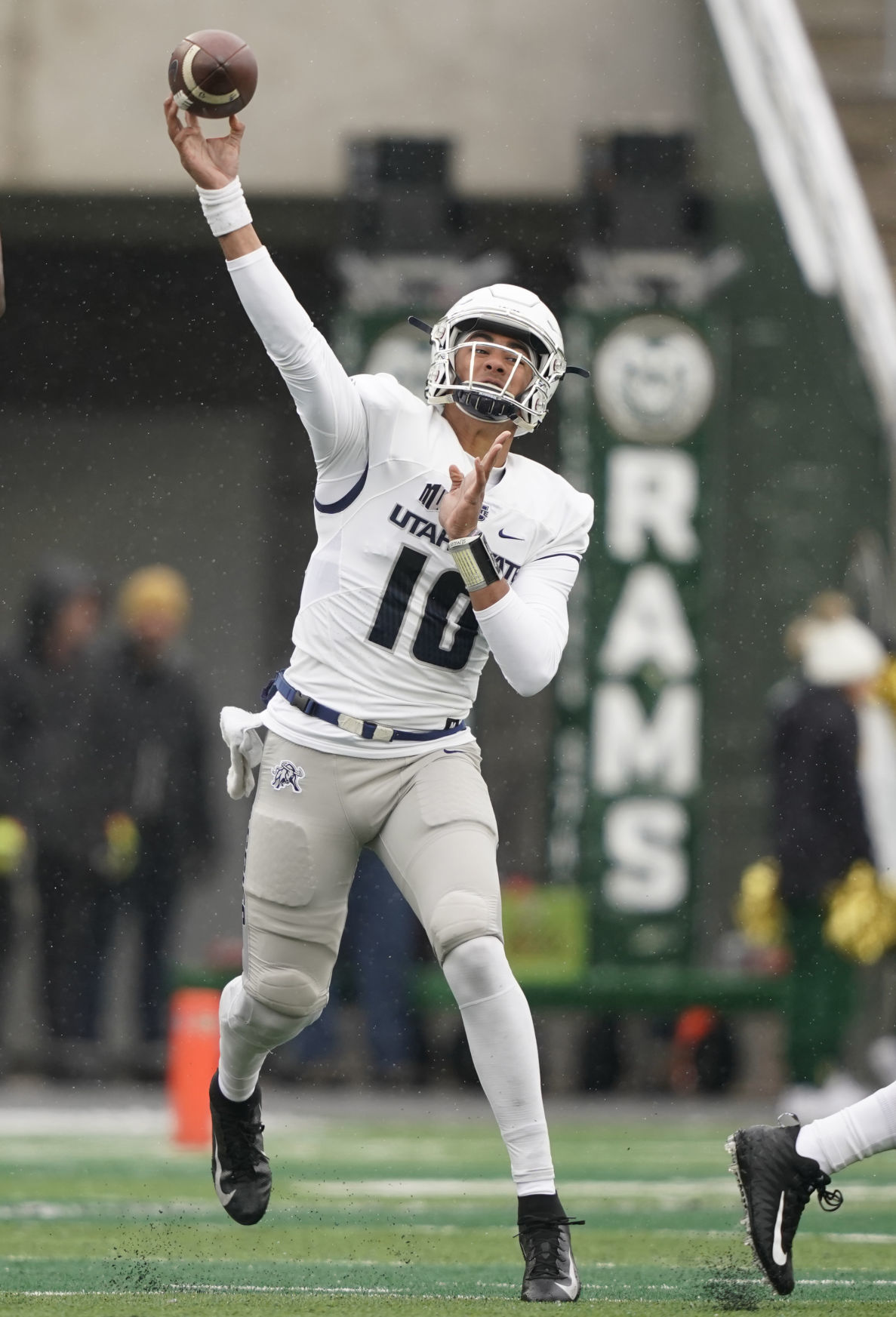 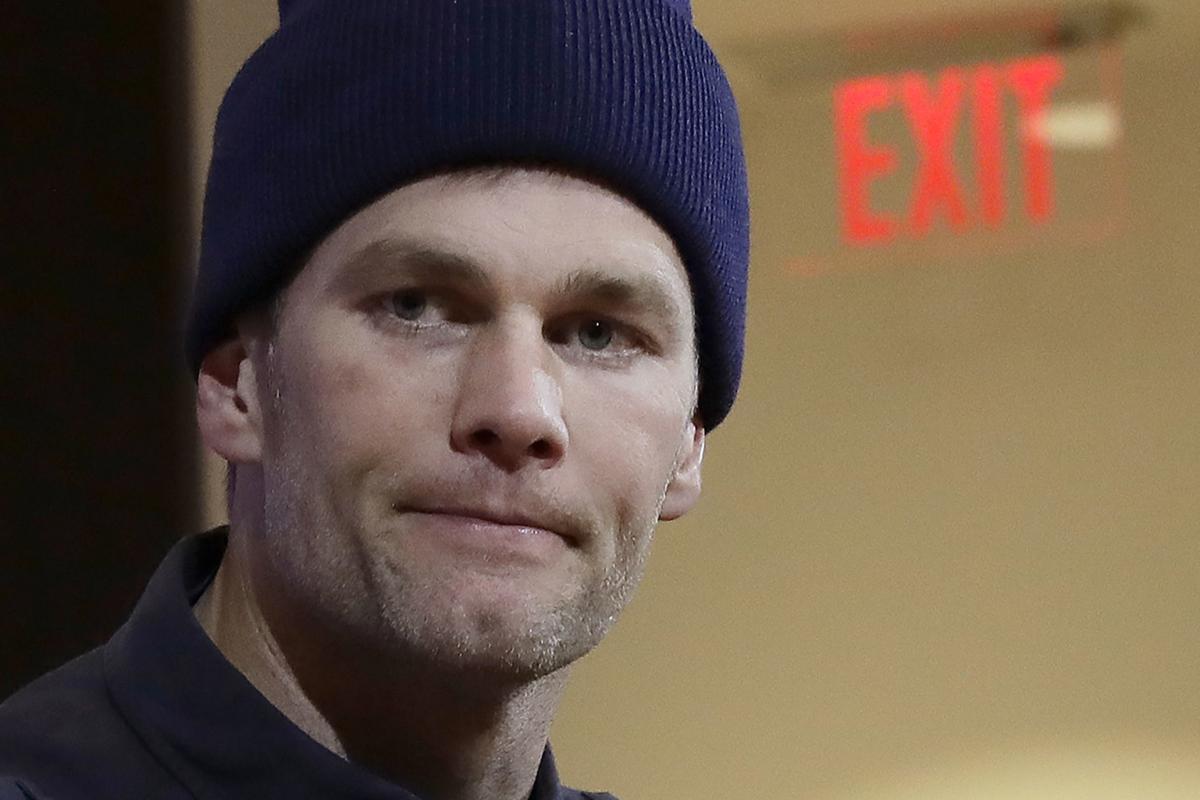 Tom Brady listens to a question at his post-game news conference after the Patriots lost to the Tennessee Titans in the AFC Wild Card round back in January, his final game after winning six Super Bowls, three in the last five years. 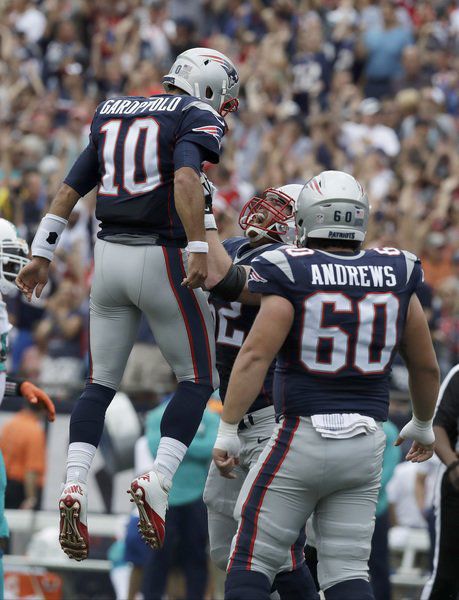 Former New England Patriots quarterback Jimmy Garoppolo (10) is congratulated by teammate Joe Thuney, center, after throwing his second touchdown pass against the Miami Dolphins during a game in 2016. Garoppolo only started two games here but his presence no doubt inspired the last stage of Brady's career.

The Packers, if you haven’t heard, drafted a quarterback, Jordan Love, in the first round. The starting quarterback, Aaron Rodgers, just a few weeks ago received a guaranteed bonus of $19.5 million, not including his $1.5 million salary, for 2020. And said quarterback has been guaranteed about $20 million for 2021.

Oh yeah, and said starting quarterback in Green Bay is not happy. He was hoping for help on offense, a wide receiver, with that first round pick.

No. Not that one, with Rodgers and Brett Favre. This is one was more recent and hits closer to home. The New England Patriots. Six years ago.

That was when the Patriots surprisingly drafted a quarterback, Jimmy Garoppolo, in the second round, not necessarily “franchise QB” time in the NFL draft, but second rounders are supposed to eventually play in the NFL.

Another similarity before the draft, as in a year or two, was the play of the starting quarterbacks in question, Rodgers and Brady.

Brady after a pretty good 2012 season, with 34 TDs and 8 interceptions, ranking second behind Peyton Manning in QB Rating.

But he was less than sharp in the AFC Championship game at Gillette Stadium, a disappointing 28-13 loss to the Ravens, the eventual Super Bowl champs.

And the next season was arguably the worst of his career, with a 62.1 QB Rating and average game in AFC Championship loss to a better Broncos team in Denver, 26-16.

That culminated nine consecutive years of mostly greatness ... with an asterisk.

As in no Super Bowls.

So Belichick drafts a quarterback and Brady, finally, brings his footwork game in the pocket to elite levels.

Brady looked like a kid again. While Rodgers was on MVP in 2014, Brady improved in every statistical category and, of course, was MVP in the Super Bowl stunner over the Seahawks.

We all know how the rest turned out, with Brady and the Patriots winning two more Super Bowls, almost winning a third, with was arguably Brady’s best performance, in the loss to the Eagles.

The moral of this story? Brady upped his game when Garoppolo was added to the roster.

He wasn’t ever demoted, but what happened to him at Michigan in 1998 and 1999, when he had to share duties with an unproven kid, Drew Henson, probably scared the daylights out of him.

And remember that playoff loss to San Francisco in the NFC Divisional round, the 49ers were blowing out the Packers and Rodgers, 34-7, in the third quarter before he padded the stats sheet.

He is arguably the most disappointing superstar the last decade-plus, with very little substance in big games in January.

The Packers are moving to a more a balanced and defensive-minded approach under head coach Matt LaFleur and general manager Brian Gutekunst.

It’s their team instead of Rodgers’ team.

Could this be the match that ignites the final stage of Rodgers, who turned 36 in December, career?

His talent is elite. He makes plays very few athletes not named Patrick Mahomes can make.

Rodgers is a little miffed? Suck it up. And win a few championships. That will shut a lot of us up.