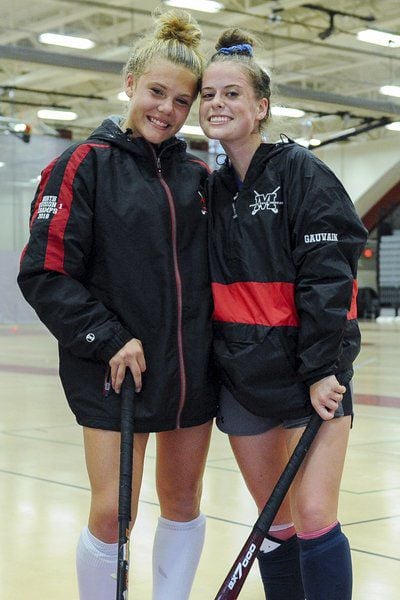 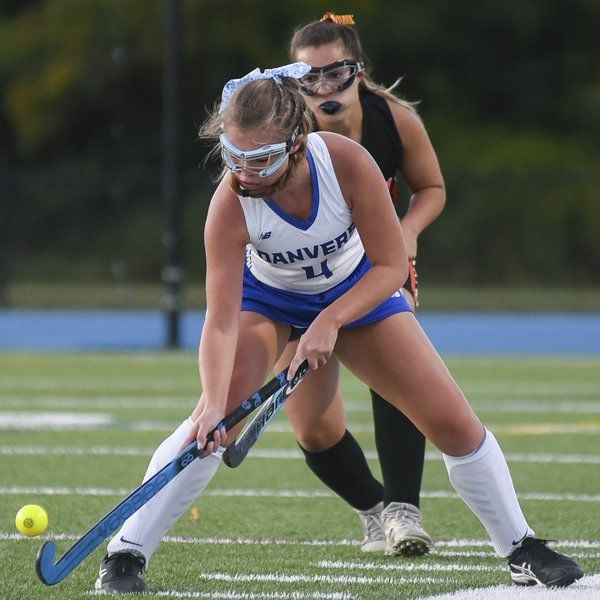 Senior captain Ella Brinkley not only has put up 18 points for Danvers this season, but also is a defensive force who can anticipate passes by opponents to turn them aside. 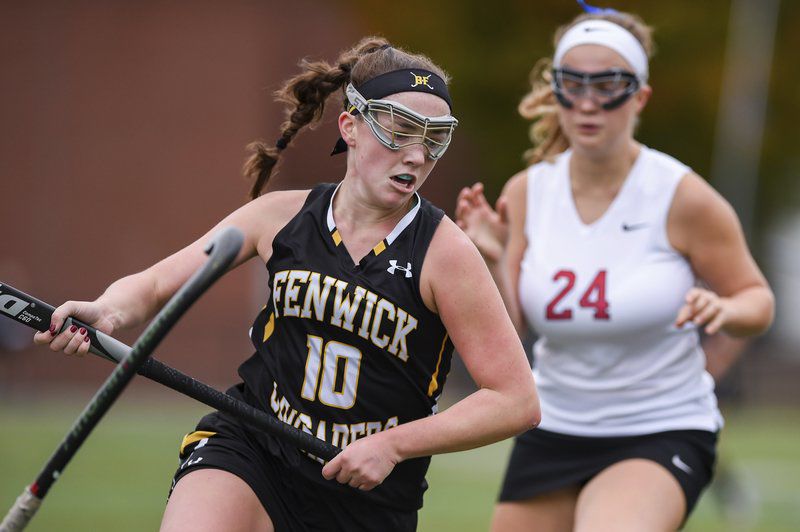 JAIME CAMPOS/Staff photosBishop Fenwick’s Cailyn Wesley has put up monster offensive numbers this fall, as the senior captain has netted 28 goals and 17 assists for 73 points.

Senior captain Ella Brinkley not only has put up 18 points for Danvers this season, but also is a defensive force who can anticipate passes by opponents to turn them aside.

JAIME CAMPOS/Staff photosBishop Fenwick’s Cailyn Wesley has put up monster offensive numbers this fall, as the senior captain has netted 28 goals and 17 assists for 73 points.

Masconomet, Bishop Fenwick, Danvers, Marblehead and Ipswich, who combined for 64 wins, just 18 defeats and 7 ties during the regular season, found out their tournament seedings and first round postseason matchups Monday afternoon.

Last year’s Division 1 North champions from Masconomet will open up the Division 1 North playoffs at home in Boxford Wednesday against Lowell. The eight-time defending Cape Ann League champion Chieftains (16-0-2) earned the No. 2 seed and will be heavy favorites against 15th seeded Lowell (8-6-4).

Senior captain and midfielder Mak Graves, a four-year starter, has had a dominant season with 26 goals and eight assists thus far, while freshman forward has been a revelation with 15 goals and six helpers.

“We’re ready for the playoffs and are looking forward to whomever we play,” said head coach Maggie Bridgeo. “We know that playoff hockey is an exciting time and that every team is ready to play.

“Our team is successful because we all have a common goal of getting back to where we left off last season.”

Juniors Kate Zamagni and Calley McSweeney have done an outstanding job in the middle of the field along with Graves, while Masconomet’s forward line is young, speedy and has scoring capabilities aplenty. Center back and captain Orla Gauvain, along with Andrea Walker and Nina Morris, lead a strong, smart defensive unit, with sweeper Ava Tello helping keep the ball out of the Chieftains’ end.

Sophomore goalie Ainsley Gruener is the last line of defense and has been rock solid all season for a squad that’s allowed a mere nine goals in 18 games played.

Only top seeded Acton-Boxborough (18-0-0) sits ahead of Masconomet in the 16-team field.

In Division 2 North, Bishop Fenwick earned the No. 2 seed after a sterling 16-2 regular season. The Crusaders begin their playoff journey Thursday at home against 15th seeded Weston (8-8-2).

Cailyn Wesley, a senior captain and attack, has been a scoring machine for Fenwick with 28 goals and 17 assists. Sophomore Grace Morey (15 goals, 12 assists) isn’t far behind, while classmate Emily McPhail (5 goals, 3 assists), junior Paige Littlehale (4 goals) and sophomore Arianna Costello (4 goals) can also put the ball in the net.

“Beyond the goal scoring, our team has been the most successful when they’re playing as a unit,” head coach Marybeth Mahoney. “Our forwards and midfielders create so many opportunities with their hustle and ball movement, and our defense has been tough to break through.

“Seniors Kat Clancy, Isabella Marashi and Kate Keenan have been outstanding in midfield, as well as seniors Stephanie Steriti and Sophie Carmilia on defense. Along with our goalies, junior Cat Elias and sophomore Abby Booth, our defense has only allowed 12 goals this season and has contributed to 13 shutouts.”

Danvers, which won the Northeastern Conference for the first time in four seasons, earned the No. 3 seed after going 15-1-2 in the regular season (12-0-1 NEC). The Falcons will host 14th seeded Newburyport (7-7-2) Thursday at 4:30 p.m. at Deering Stadium. They fell to the Clippers in last year’s first round, 3-1, and will be looking for payback.

Emma Thibodeau (17 goals, 12 assists) is just as strong defensively as she is on offense. Powerful, skillful and knowledgeable, she has a rocket of a shot and is capable of dishing out assists as well. Fellow senior captain Ella Brinkley (6 goals, 6 assists) opens up the field and displays great patience, anticipating the pass to shut down an opponent’s attack. Her sister, sophomore midfielder Grace Brinkley (5 goals, 5 assists) is highly skilled while possessing grit and grind, a player who creates space for herself and others.

Senior captain and forward Maddie Butler, said McGinnnity, creates an atmosphere of support, hustle and heart. Janessa Marchegiani, a junior, is the Falcons’ anchor on defense and is “the queen of 50/50 balls”, according to her coach, Jill McGinnity. Junior Ashley Curcuru, sophomore Ashley Clark and junior Caitlin Hess have all played key roles as well for the Blue-and-White along with 11th grade goalkeeper Brigid Churchill (13 shutouts).

“(Winning the NEC) was the girls’ first goal of the preseason, and they accomplished that,” said McGinnity. “Their second goal was to get a home game in the state tournament, and their third is to go far in the tournament. If they stay focused, work hard and work together, we have a chance.”

Perennial playoff squad Ipswich parlayed a 9-7-2 regular season into the No. 12 team in the draw. They’ll hit the road Thursday to face a familiar foe in CAL rival Lynnfield (12-4-0) at 3 p.m. The fifth seeded Pioneers defeated Ipswich in their only meeting, 3-1, three weeks ago on their home turf.

Senior forward Tatum Galuski and junior forward Rowan Galanis know how to make things happen offensively for Ipswich and can finish in the circle. Senior captain Heather Milano and junior Riley Daly, a pair of midfielders, are among the team leaders in assists.

Freshman Chloe Pszenny, along with Daly and Milano, are all instrumental players in the midfield for the Tigers with their ability to distribute the ball, tackle back and create opportunities all over the field, noted head coach Sarah Murphy. In addition, senior captains Emma Lombara and Amelia Krause have been stalwarts defensively along with shutdown junior defender Sam Orroth.

In what has been a rebuilding year for Marblehead, with the squad working many first-time varsity players into the mix over the course of the season, it captured the No. 13 seed after going 8-8-1 in the regular season. The Magicians have earned a date with fourth seeded Manchester Essex (12-3-2) Thursday in Manchester at 3 p.m