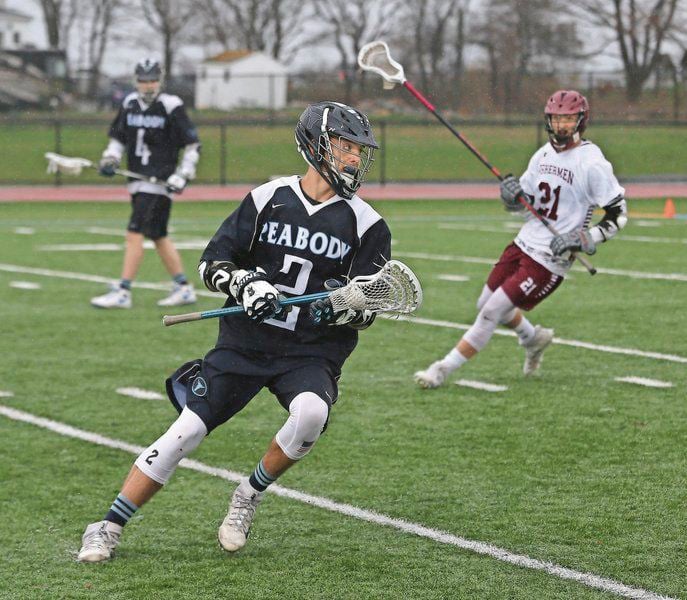 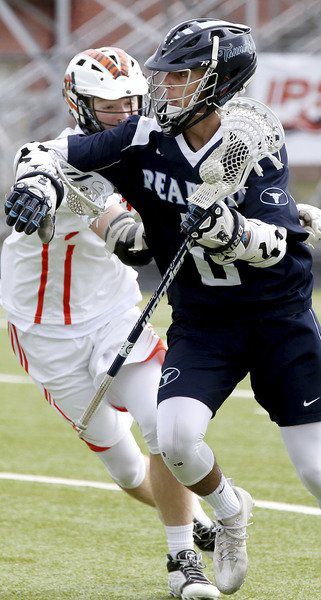 Peabody's Colby Therrien missed his senior year like everyone in the Class of 2020 but is excited to get back at it next year in college. File photo

Peabody's Colby Therrien missed his senior year like everyone in the Class of 2020 but is excited to get back at it next year in college. File photo

Tom Brady isn't the only great athlete leaving the Boston area to head down to Florida.

Recent Peabody High grad Colby Therrien has also decided to fly South, inking his Letter of Intent to play lacrosse at the University of Tampa.

It wasn't an easy decision for the three-sport standout who also excelled on the football field and was part of national qualifying relays in indoor track. With lacrosse being something of a mix of the physical skills in his other two sports, though, it emerged as the best game to pursue at the next level.

"I'd go back and forth, one day I'd want to play college football, the next run track. Especially during those seasons," Therrien said. "I love lacrosse because I get to score goals and it's so fast paced. Playing midfield, I get to run a lot like in track but its also physical like football. At the end of the day, deep down, it felt right."

Therrien had 27 goals and 42 points manning the midfield for last year's Tanner boys lacrosse squad, which had nearly its entire lineup due back for the 2020 season. Seeing such a promising team unable to take the field due to the coronavirus pandemic was a tough blow for Therrien and his fellow seniors, as it was for every student-athlete in the Bay State.

"We thought it was going to be the best season our team's had in a while. It was tough to come to terms with," he said. "We're trying to stay positive, looking at senior tournaments and our alumni are hoping to organize a Senior Game vs. the alumni team in August if things open up. We know it's out of our control so all we can do it look forward."

Peabody's boys lacrosse family atmosphere has helped the seniors keep a positive outlook and that close knit atmosphere was also a big part of Therrien's recruiting process. Besides plenty of help and advice from PHS head coach Leo Shidler, alumni and youth coaches Bryan Molk and Greg Welch and former coach Tony O'Donnell helped out as did Bryan Brazil from the Homegrown Lacrosse Club.

Tampa, a Division 2 squad that's a frequent competitor in the NCAA tournament, caught Therrien's eye when he attended one of their prospect camps heading into his junior season. He visited the campus that February and came away impressed.

"It's beautiful and the thought of being in nice weather all year is hard to pass up," said Therrien, who hasn't yet decided what he wants to major in. "I really liked the coaches and the atmosphere the team has. Being also to play at a really high level is great; I love competition and knowing I'll have to compete to earn my spot and get to step on the field."

A varsity contributor in all three sports since his freshman season, Therrien made plenty of memories during his time in the Tanner blue from Thanksgiving Day football victories to finishing off tight track meets with dramatic relay legs. The one that sticks out of the most? A magical comeback on the lacrosse field in April of 2018.

"It's very hard to pick one since I've been lucky to have so many great memories," he said. "If I did have to choose though I'd go with sophomore year against Beverly.

"It was a night game and we actually had a decent amount of people at the game. The first three quarters we weren't playing too well, down six goals going into the fourth, and we wound up coming back and wining. I remember we all went crazy after that one."

Though it didn't end the way he'd envisioned, Therrien loved his time at Peabody High. Like every athlete that lost a season to the pandemic, he's also grateful that now he'll have the chance to get back to competing in college.

"Tampa has a great program and I'm thankful that I'll get to be part of it," he said.