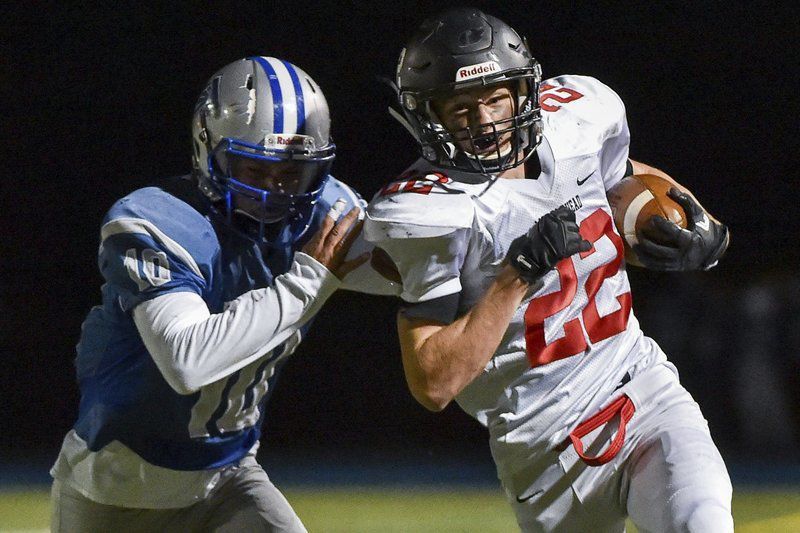 Marblehead’s Tim Cronin (22) should be in for a deservedly large workload as the lead back for the Magicians this fall. 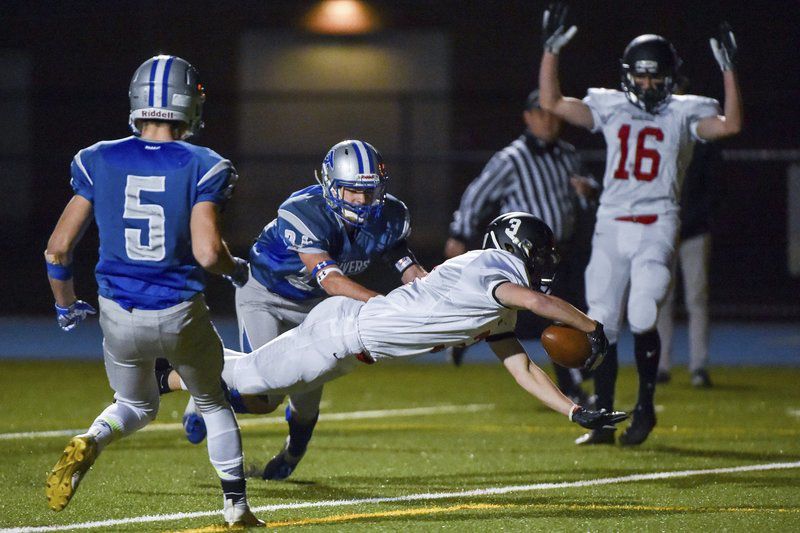 Marblehead’s Tim Cronin (22) should be in for a deservedly large workload as the lead back for the Magicians this fall.

The Marblehead football squad steamrolled through the Northeastern Conference regular season a season ago en route to yet another league title.

But when it came time to test their mettle in the playoffs, the Magicians fell victim to a physically superior Merrimack Valley Conference squad (Dracut) which effectively ended their season.

This year, head coach Jim Rudloff and Co. hope a difficult preseason slate — with scrimmages against teams like Haverhill and BC High — will better prepare them for the tougher teams down the road.

“The big thing for us is how tough are we?,” said Rudloff, who’s squad finished with a 9-2 record a year ago but fell to Dracut in the Division 4 North quarters.

“With all due respect we go out there and smoke Gloucester who was supposedly the best team in our league and then we go and play the last place team in the MVC and quite frankly they physically beat us. So we have to figure out a way to change that.”

Losing some size and physicality on the line doesn’t help, but there’s plenty of skill and experience across the board to potentially make up for that.

Senior tailback Tim Cronin is back in action for what should be the finest season of his career. Simply having him shooting out of the backfield with regularity is going to be a huge boost.

“Tim is going to be kind of the center of our offense and we’re really fortunate for that,” said Rudloff. “This is his third year playing tailback for us; he really knows the position well and he understands all the little nuances now. He does a nice job seeing cut backs and things that he didn’t see when he was younger. He’s looked really good in the preseason.”

Cronin will also start on the other side of the ball, serving as the team’s top option at linebacker.

Aiding the overall depleted line will be Rudloff’s son, the 6-foot-4, 225 pound Declan Rudloff. Coach Rudloff admits he’s one of the few big kids Marblehead has this fall, but he’s also capable of shouldering a bigger load now as a senior captain.

The versatile and athletic captain Devin Romain slides in at tight end and will be a key cog defensively to boot. Fellow captain Sean McCarthy also returns as a shifty receiver and strong safety. The biggest question mark comes at quarterback, although junior Miles Smith seems to have separated himself from the pack for now.

“Miles is probably going to be our starter. He kind of just does everything good and doesn’t make a lot of mistakes,” said Rudloff. “He’s fast, he’s got a good arm and he’s a smart kid. But we have a lot of competition there.”

That competition includes Josh Robertson, whom Rudloff referred to as ‘the best sophomore quarterback Marblehead has ever had’ but will likely have to wait his turn behind some of the elder athletes. Will Twadell, who returned home from Virginia to join his former team for his senior year, is also vying for the starting quarterback slot. Luckily, the Magicians can throw him out at receiver and defensive back with no gripes whatsoever.

Brendan Rowe will be an important piece at nose tackle; Mark Paquette comes back to start at free safety; and Dylan Klocker is another returning guy at outside linebacker.

Overall, the strengths of Marblehead’s core lie more at the skill positions rather than in the trenches like last year, but it’s a fresh group of guys ready to continue carrying the Magicians’ longstanding winning tradition.

Did you know: The Magicians have strung together nine consecutive winning seasons. In each of their past seven campaigns, they have won at least nine games.