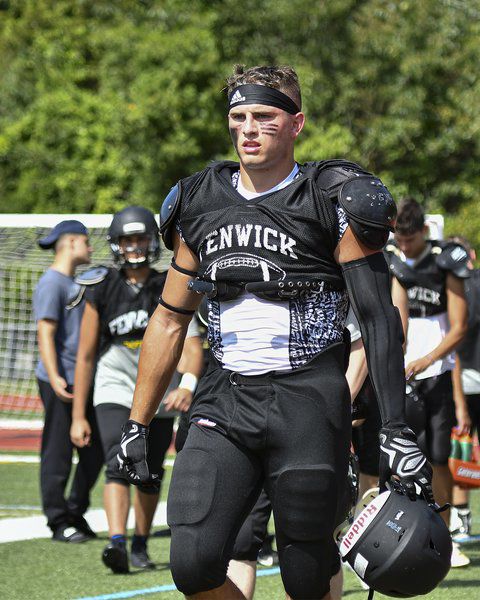 Bishop Fenwick’s Joe Rivers is looking for a big year on both sides of the football. 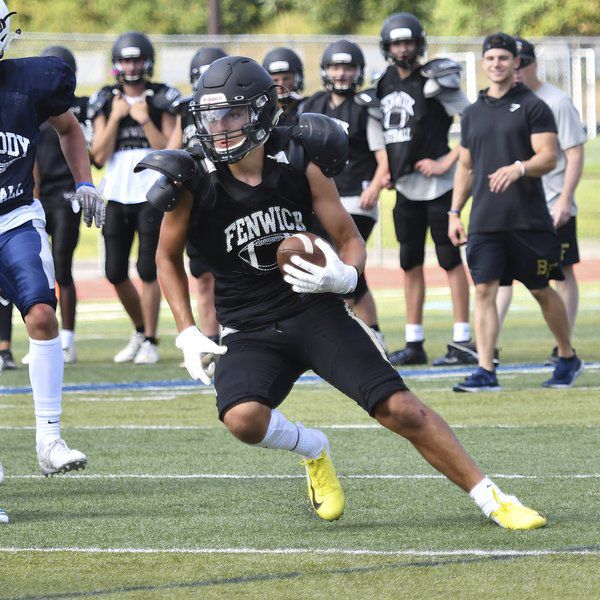 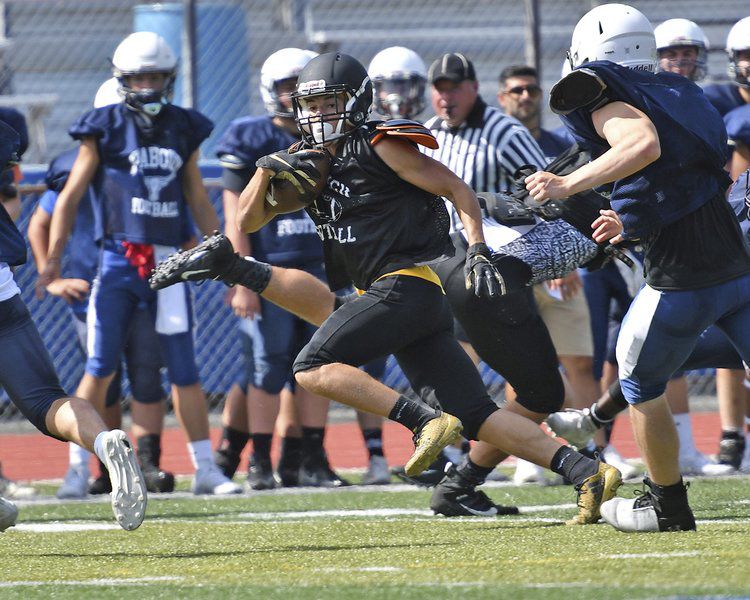 Angel Martinez is capable of breaking into the open field for big gains for the Bishop Fenwick football squad. 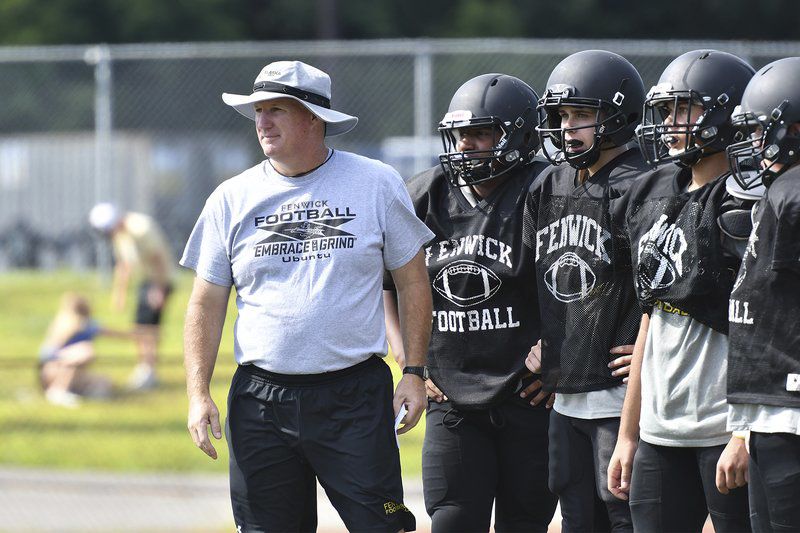 Bishop Fenwick head football coach Dave Woods enters the 2019 season as one of the area’s winningest active coaches with 158 victories.

Bishop Fenwick’s Joe Rivers is looking for a big year on both sides of the football.

Angel Martinez is capable of breaking into the open field for big gains for the Bishop Fenwick football squad.

Bishop Fenwick head football coach Dave Woods enters the 2019 season as one of the area’s winningest active coaches with 158 victories.

Championships are won on the gridiron, not on paper. But the Bishop Fenwick football team heads into the 2019 campaign looking so strong at just about every position that they have to be a favorite to repeat as Catholic Central League champions.

A year ago the Crusaders took the league crown and posted a 9-2 overall record. Graduation claimed six outstanding athletes, but there are plenty of talented players back to lead the way to another successful season, several of whom saw plenty of action as freshmen or sophomores.

When since-graduated quarterback Cory Bright missed several games with injuries last fall, Chrys Wilson and Jason Romans both got valuable experience under center. Wilson completed 55 of 91 passes for 810 yards and seven TDs, while Romans was 16-for-21 for 187 yards and four touchdowns. Now a junior and sophomore, respectively, both are battle tested and ready to take snaps again.

At every position Fenwick has talented returning players. Key people return on both sides of the ball led by explosive running back David Cifuentes, who was the team’s leading rusher as a junior with 110 carries for 936 yards and 17 touchdowns. He also had 15 receptions for 318 yards and a pair of touchdowns.

Senior Joe Rivers, who will play for Division 1 Holy Cross a year from now, had nine catches for 228 yards and three TDs last season while running for 179 yards and three touchdowns.

“We have some holes to fill for sure,” head coach David Woods remarked, “but we also have a lot of guys with experience — maybe not full time, but a great deal of playing experience.

“Our strength is in our skill positions; that’s where we have the most experience,” said the veteran coach. “The one area that does concern me is depth on the offensive line. We’re a bit thin there; we need to stay healthy.”

Seniors Jake Miano from Salem and T.J. Hazard (Lynn) will captain the team along with juniors Wilson and Matt Juneau. Miano is a wide receiver/defensive back; Hazard and Juneau two-way linemen; and Wilson will call the signals and start at linebacker.

“We’re really deep there; they’re all unbelievably talented,” said Woods. “We’ll have two kids on the bench who could play for any other team. We plan to spread the ball around and get everybody involved.

“Our running game is solid with Cifuentes, Martinez, Rivers, and Tucker Destino (of Gloucester). The last two years Tucker has has a hard time getting on the field because of the guys ahead of him, but he’s been looking really good in practice. We’re very fortunate to have so many talented kids.”

Graduation left two big holes to fill on the left side of the line at guard and tackle. Juneau returns at center with Hazard and Jimmy Espinal of Salem anchoring the right side.

The defense is loaded with returning players, having lost only two starters. Fenwick employs a 4-3 set and has all of its starting linemen back. Chrys Wilson, Andrew Wilson and Rivers are the three linebackers while Fabiano returns at cornerback and Miano at safety. Ethan Gonzalez, Juneau, Dan McGrath, Sonny Gosselin, and Danny Richard will rotate in the secondary.

Did you know: Fenwick opens up hosting Stoneham, the team that knocked them out of the playoffs a year ago in the Division 6 North semifinal round. David Woods is from Stoneham and friends with the coach, Bob Almeida. He quickly arranged a game when last season ended.