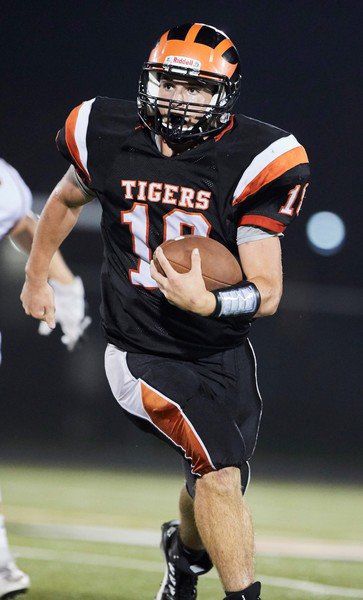 After leading Ipswich in rushing yards (913) and touchdowns (9) a year ago, junior captain Cole Terry hopes to better those numbers for the Tigers this fall. 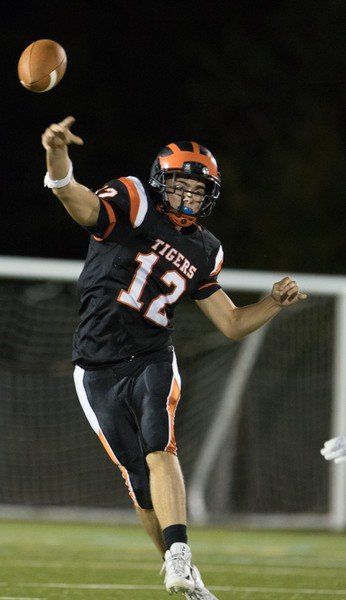 Senior captain Cam James will be a first-year starting quarterback for the Tigers.

After leading Ipswich in rushing yards (913) and touchdowns (9) a year ago, junior captain Cole Terry hopes to better those numbers for the Tigers this fall.

Senior captain Cam James will be a first-year starting quarterback for the Tigers.

Coming off of an eight-win campaign and having lost only four seniors to graduation, it's safe to say that expectations for the Ipswich High football team have been ramped up this season.

After a trio of 6-5 seasons under his guidance, head coach Kevin Fessette led the Tigers to a sterling 8-3 mark and a share of the Cape Ann League Baker Division title last fall, its best since the 2006 Super Bowl championship year.

With eight starters back on offense and nine on the defensive side of the football — many of them juniors who cut their teeth on the varsity in 2018 — there is deserved optimism in Tigertown.

"If we can stay healthy, it could be a fun year," said Fessette. "It's about how hard the kids work, and they have to stay focused."

At a small school like Ipswich, many of the players that start do so on both sides of the ball. Remaining relatively healthy will be paramount for any success the Tigers have.

"We have 38 kids in the program, so injuries could hurt us quickly," said Fessette.

One spot on the field that's changed is quarterback, where Cam James will line up under center. Formerly a running back and tight end, the 5-foot-11, 175-pound senior captain has good field sense, is quick (415 yards and 7 TDs on 65 carries a year ago) and possesses a strong arm; he completed the only two passes he threw a year ago, good for 83 yards and a score.

Fellow captain Cole Terry, a junior, returns in the backfield and could be even more explosive than he was last fall when he ran for a team-leading 913 yards and 9 touchdowns. Also 5-11 and 175 lbs., he can get outside the tackles for big gains and power his way up the middle and evade tackles with his strength and footwork.

Juniors Chase Huntley (381 yards and 4 TDs on just 33 carries a year ago) and Josh Mallette (286 yards and 4 TDs on a mere 23 carries) are also back in the backfield. Along with James and Terry, that gives Ipswich almost 2,000 rushing yards returning out of its split back Veer offense.

Lining up in the Tigers' 4-2-5 defensive scheme, James and Bruhm are expected to play free and strong safety, respectively, with Mallette manning one of the cornerback spots. Ginolfi and Terry should spearheaded the defense as inside linebackers along with Huntley, while Somers, Trefry, Wile, Macklin, Yanakakis, Walker, Marques and Jean-Charles are among those who'll rotate in up front.

If you're looking for guys who could surprise while stepping up into key roles for Ipswich this fall, Fessette points to junior Marlin Desscources in the backfield and sophomore Jack Gillis in the trenches.

Did you know: The Tigers scored a total of 278 points in their eight victories last season, an average of 34.75 points per triumph. Both the point total and average points per win were tops among all Cape Ann League teams.